A surprise outing in a fighter jet unnerved one defense company executive so much he accidentally ejected himself while flying at over 500km/h (320mph), an investigation into the debacle in France has found.

The 64-year-old civilian got the most unwelcome ride of his life after the force of the take-off made him “float” off his seat, causing him to stand up and involuntarily grab the ejection handle to steady himself.

Air accident investigators found a series of errors in the lead-up to the incident, including ignored medical warnings that the passenger should not undergo the 3.7g of force generated by the take-off, and loose seat straps that allowed him to float up. He also lost his helmet while being ejected. 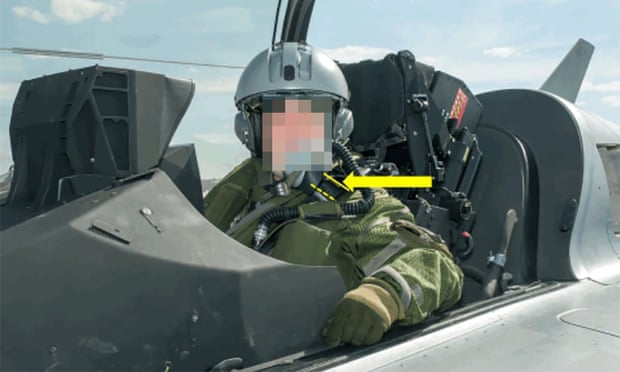 The 64-year-old man before the flight. Photograph: Supplied by French Air Force

–
The man had never expressed any desire to fly in a fighter jet and had no previous military aviation experience, investigators said. His heart was racing at between 120 and 145 beats per minute beforehand. The flight had been a gift from colleagues and the man felt he couldn’t refuse.

The air accident report, published on 6 April, found the man ejected himself when the two-seater Dassault Rafale B jet reached about 1,300ft (400 metres), seconds after setting out from Saint-Dizier air base in north-eastern France in March 2019.

His parachute deployed and he had a relatively soft landing in a nearby field, avoiding serious injury, before being taken to hospital.

The pilot prevented himself being automatically ejected too and was able to land the plane on the runway despite the involuntary departure of his passenger and the loss of the cockpit canopy.

Judicial and defense investigations into the demonstration flight were continuing.

(For the source of this, and other equally curious articles, please visit: https://www.theguardian.com/world/2020/apr/14/man-accidentally-ejects-himself-from-fighter-jet-during-surprise-flight/)