New Orleans, Honolulu and Miami expected to be vulnerable – 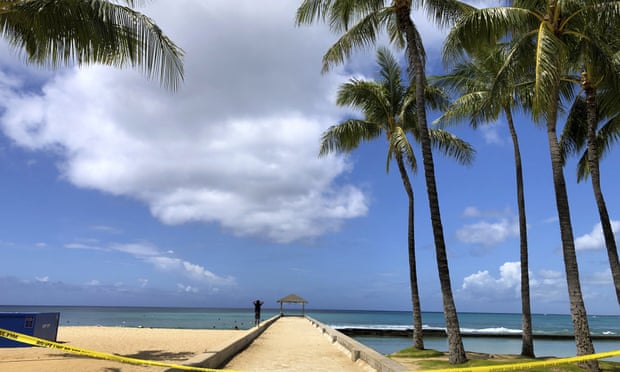 Flooding events that now occur in America once in a lifetime could become a daily occurrence along the vast majority of the US coastline if sea level rise is not curbed, according to a new study that warns the advancing tides will “radically redefine the coastline of the 21st century”.

The research finds major cities such as Honolulu, New Orleans and Miami will become increasingly vulnerable to elevated high tides and stronger storms fueled by the global heating caused by human activity. Beach and cliff erosion will exacerbate this situation.

The accelerating pace of sea level rise means that by the end of the century floods currently considered once in a lifetime, or once every 50 years or so, will become a daily high tide occurrence for more than 90% of the coastal locations assessed by researchers from the US government, the University of Illinois at Chicago and the University of Hawaii.

Within 30 years from now, these now-rare flooding events will become annual occurrences for more than 70% of the locations along the US coast according to the research published in Scientific Reports. This scenario threatens huge, multibillion-dollar damages and, potentially, the viability of some coastal communities.

“If future sea-level rise causes once extreme but rare floods to occur frequently then … this may render some parts of the US coastline uninhabitable,” said Sean Vitousek, a scientist at the US Geological Survey.

The disruption caused by frequent flooding will threaten the habitability of much of the US coastline as it is already widely projected to do to many low-lying islands in the Pacific, Vitousek added.

The paper uses an analysis of extreme water levels across more than 200 tide gauges along the US coastline, along with models of future sea level rise that depend on the amount of heat-trapping gases countries pump into the atmosphere through power generation, transportation and other activities.

While small changes in the level of the sea may seem inconsequential, the researchers found that 5-10cm of sea level rise can double the chances of flooding, with most coastal locations around the US experiencing a doubling of extreme flooding events every decade this century.

Global sea levels have increased by about eight inches on average since 1880, although some places along the US coast have experienced higher rates than this. The seas are expected, on average, to rise by at least another foot by the end of the century even if emissions are constrained. This will be higher in some regions and much will depend on the pace of melting at the two great ice sheets, in Greenland and Antarctica.

(For the source of this, and many other equally important articles, please visit: https://www.theguardian.com/environment/2020/apr/16/us-climate-change-floods-sea-level-rise/)