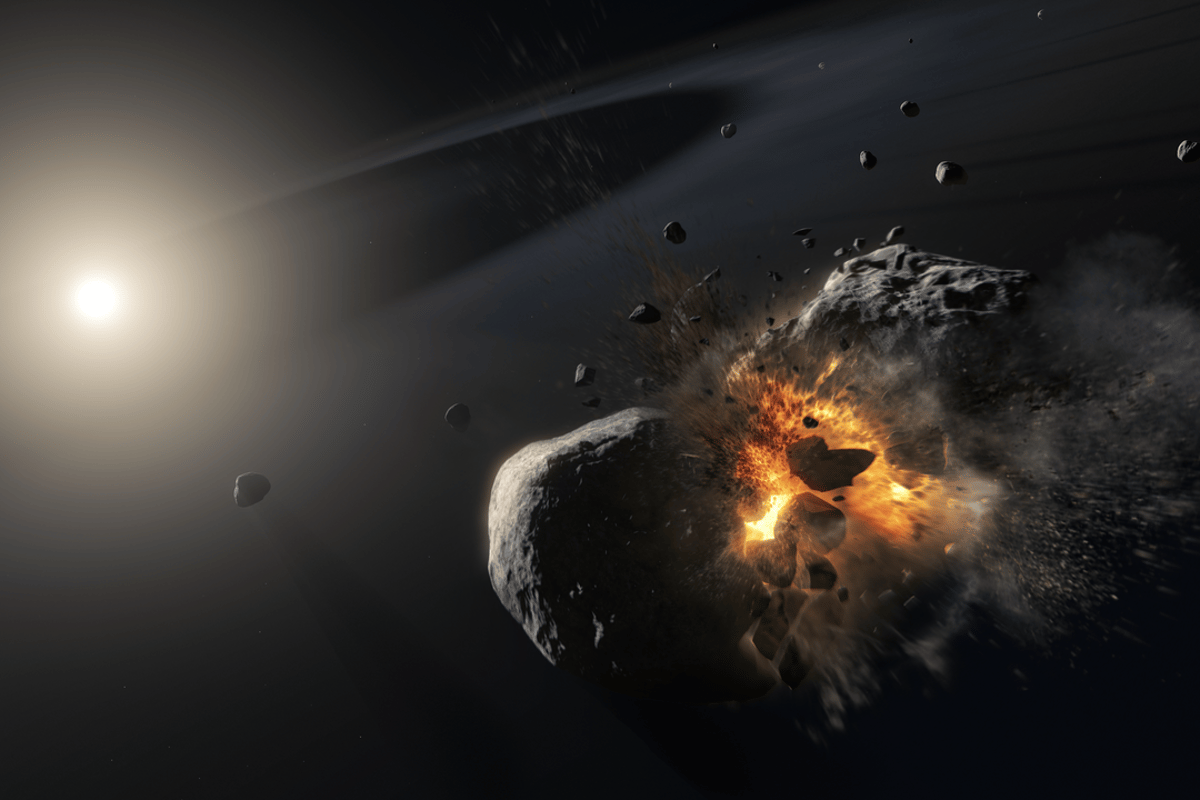 An artist’s impression of a cometary collision around the star Fomalhaut, which is now proposed to be the explanation for a “disappearing exoplanet”  ESA, NASA and M. Kornmesser.
–

Exoplanet discoveries are a dime a dozen – but we don’t see many being de-discovered. Now, an exoplanet that was observed by Hubble for 10 years has apparently vanished without a trace, leading astronomers to suggest it may never have been a planet at all.

The “planet” in question was named Fomalhaut b, and it was spotted orbiting a star just 25 light-years away from Earth. It was discovered in 2008, hiding in data collected in 2004 and 2006, and it was the first exoplanet to be directly imaged, as opposed to indirect detection methods like watching for effects it has on its parent star.

But a few years later it was gone. Fomalhaut b was clearly visible as a bright moving dot in about a decade’s worth of Hubble observations, but by 2014 it was no longer detectable in visible light nor infrared, leaving astronomers scratching their heads. It had simply vanished.

Or, according to a new study by researchers at the University of Arizona, perhaps it was never a planet to begin with.

“Clearly, Fomalhaut b was doing things a bona fide planet should not be doing,” says András Gáspár, lead author of the paper. “Our study, which analyzed all available archival Hubble data on Fomalhaut, revealed several characteristics that together paint a picture that the planet-sized object may never have existed in the first place.”

In hindsight, the clues were there from the beginning. Fomalhaut b had a few oddities that astronomers had struggled to explain. For one, it shone bright in visible light – too bright for an exoplanet. Scientists explained that away by saying the planet was covered in a large dust shell that reflected more light.

Secondly, when the Spitzer Space Telescope tried to see it in infrared, Fomalhaut b was a no-show. An exoplanet should radiate enough heat to be clearly visible.

The new study proposes a neat explanation for all three of these mysteries, based on computer simulations. Fomalhaut b was never a planet – instead astronomers had detected a large dust cloud that had formed after a collision between two asteroids or comets, which took place just before the first observations in 2004.

This cloud would have been made of very fine dust particles, each about a micrometer wide, clumped together densely at first but dissipating relatively quickly. That also explains why the “planet” became less bright over the years, until it faded away completely.

Such a dust cloud also wouldn’t produce any heat, which explains why it didn’t show up in infrared. And finally, the team also found that the object’s orbit is open, so had it stuck around longer it would have been flicked away from the star rather than neatly circling it. That kind of trajectory would be very unlikely for a planet.

The team says that by now, the dust cloud formerly known as Fomalhaut b has spread out to the point where Hubble can no longer detect it. One of the earliest exoplanet candidates may be gone, but there’s no need to mourn its loss – more than 4,100 others have been spotted since.

Instead, the researchers say that we were incredibly lucky to witness this kind of event, which they estimate would happen only once every 200,000 years or so.

“These collisions are exceedingly rare and so this is a big deal that we actually get to see evidence of one,” says Gáspár. “We believe that we were at the right place at the right time to have witnessed such an unlikely event with NASA’s Hubble Space Telescope.”

The research was published in the journal Proceedings of the National Academy of Science.

(For the source of this, and many other equally curious articles, please visit: https://newatlas.com/space/vanishing-exoplanet-fomalhautb-dust-cloud/)