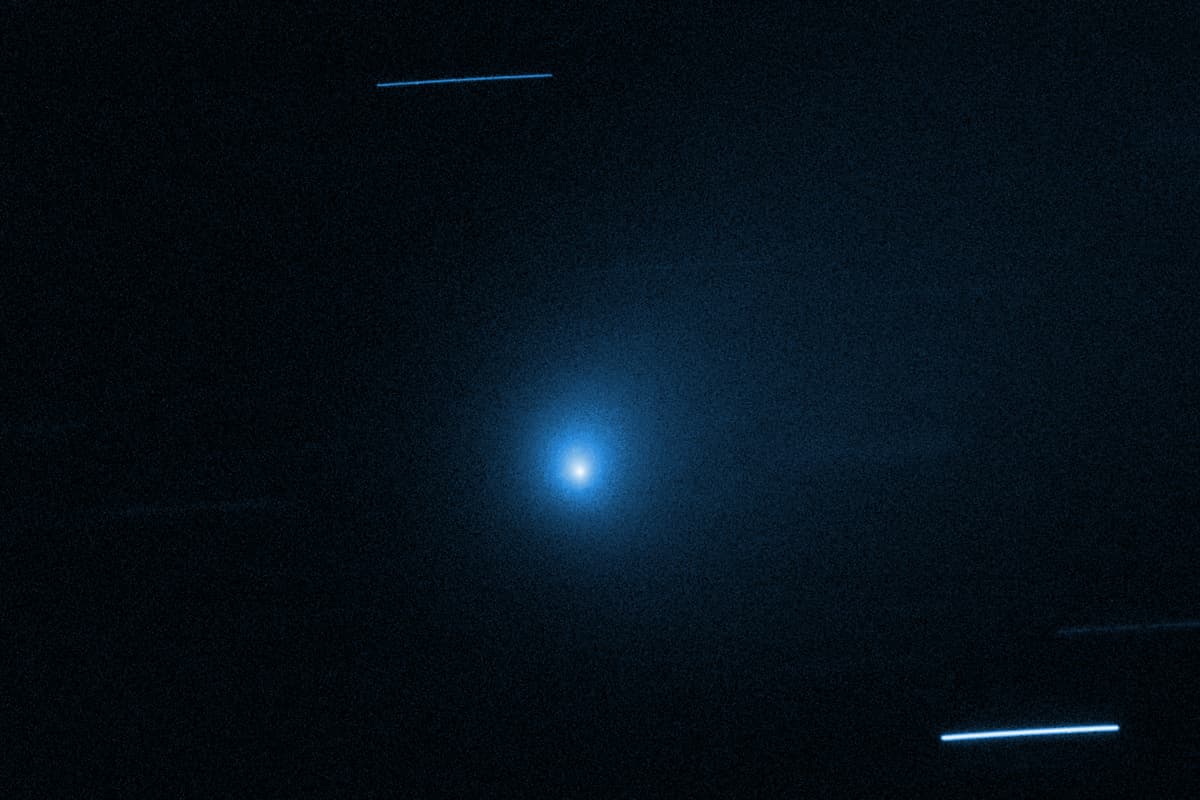 2I/Borisov is like a time capsule from a part of the universe humans might never be able to visit. This comet from another star system is currently visiting our own, and now Hubble has taken the valuable opportunity to study its chemical makeup. The famous Space Telescope reveals that Borisov is very different from any local comet, giving hints about what kind of system it was born in.

As the “2I” designation indicates, Borisov is only the second interstellar object ever detected whizzing through our neighborhood. The first was the oddly oblong asteroid ‘Oumuamua, and while that had plenty to teach us, comets are more active, so astronomers can glean different types of information.

“With an interstellar comet passing through our own solar system, it’s like we get a sample of a planet orbiting another star showing up in our own backyard,” says John Noonan, an author of the new study.

While it had the chance Hubble turned its attention to Borisov, studying its chemical composition using ultraviolet spectroscopy. By taking observations on four different occasions in December and January, the team watched the specific composition change quickly.

It turns out that Borisov’s coma – the gas cloud trailing off the nucleus – contains three times the amount of carbon monoxide of any local comet. This suggests that it was probably born in a carbon-rich disk of material around a cool red dwarf star.

“These stars have exactly the low temperatures and luminosities where a comet could form with the type of composition found in comet Borisov,” says Noonan.

“The amount of carbon monoxide did not drop as expected as the comet receded from the Sun,” says Dennis Bodewits, lead researcher on the study. “This means that we are seeing the primitive layers of the comet, which really reflect what this object is made of. Because of the abundance of carbon monoxide ice that survived so close to the Sun, we think that comet Borisov comes from a much colder place and from a very different debris disk around a star than our own.”

The window of observation for 2I/Borisov is closing fast, with the comet expected to vanish from sight in the next few months. But astronomers are hopeful that other interstellar interlopers will appear soon – after all, ‘Oumuamua and Borisov were only two years apart, suggesting that these visitors are fairly common. We just have to keep our eyes open.

The research was published in the journal Nature Astronomy.

(For the source of this, and many other equally interesting articles, please visit: https://newatlas.com/space/hubble-borisov-interstellar-comet-chemical-composition/)