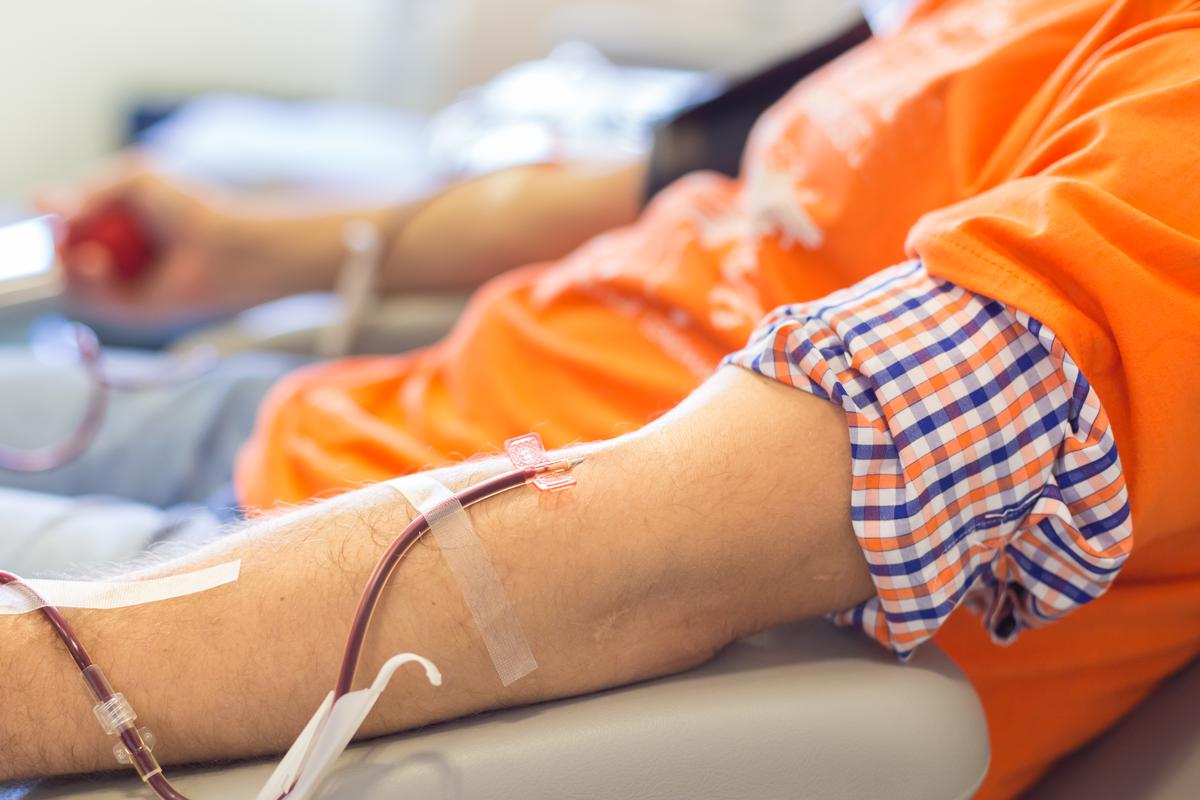 Potent antibodies from recovered patients may be cloned and turned into novel COVID-19 treatments.  kasto/Depositphotos.
–

As researchers rekindle a more than 100-year-old therapy, using blood from recovered COVID-19 subjects as a treatment for newly infected patients, a team from the Rockefeller University Hospital in New York is thrusting this old, experimental treatment into the 21st century. The research is hunting for “elite” antibodies in the blood of recovered patients, with the aim of cloning the most potent antibodies and mass produce a COVID-19 treatment.

In March the US Food and Drug Administration (FDA) promptly fast-tracked clinical trial approvals, and allowed compassionate use provisions, for a COVID-19 treatment known as convalescent plasma therapy. The treatment involves taking blood from patients, a couple of weeks after they have recovered from a viral infection, and separating out blood cells, leaving just plasma or serum containing immune antibodies.

While convalescent plasma therapy may be somewhat effective in helping patients recover faster from COVID-19, there are many limitations to the treatment. A single blood donation from a recovered patient will only generate enough plasma to treat a couple of patients, meaning however beneficial the treatment may be it will always be limited by the volume of blood that can be harvested from recovered subjects.

The overall efficacy of convalescent plasma therapy is also inconsistent. The Rockefeller team suggests this is because not all antibodies are equally potent. So even if a recovered patient’s blood registers a high volume of antibodies, there is no assurance those particular antibodies are sufficiently potent.

“When we test plasma samples from COVID-19 patients who have recovered, we find very large variation in the levels of SARS-CoV-2 neutralizing antibodies,” says Paul Bieniasz, one of the researchers working on the Rockefeller project. “In some people the levels are so low that their plasma is virtually inactive, while others have very potently neutralizing plasma.”

From prior research testing antibodies in plasma relating to other viruses, the team says around five percent of donors generally register high levels of potent antibodies. Members of this rare group are referred to by the researchers as “elite neutralizers” and the potent antibodies are called bNAbs (broadly neutralizing antibodies).

Michel Nussenzweig’s Rockefeller lab has been studying bNAbs for well over a decade. His team’s most significant work has focused on studying a rare cohort of subjects with bNAbs that may help fight against HIV.

As well as developing an efficient process to test blood samples for the most potent antibodies, the team has developed the technology to clone these bNAbs and produce a general treatment. This entire process is claimed to take as little as a few weeks.

Early trials are currently underway using this technique to suppress HIV in infected patients. Initial results have been positive and the experimental HIV bNAb treatment is now moving through larger development and trials.

In terms of a COVID-19 treatment, the Rockefeller team is currently seeking as many blood donations from recovered patients as possible in order to home in on the most potent antibodies. Within the next month it is suggested small batches of the most potent bNAbs could be produced for initial clinical trial testing.

“Convalescent plasma is a blunt 19th century weapon – it can be effective but it’s not very powerful and it can be unreliable,” says Nussenzweig. “bNAbs are precision-guided missiles with nuclear warheads.”

(For the source of this, and many other equally important articles, please visit: https://newatlas.com/medical/elite-antibodies-convalescent-coronavirus-plasma-rockefeller/)