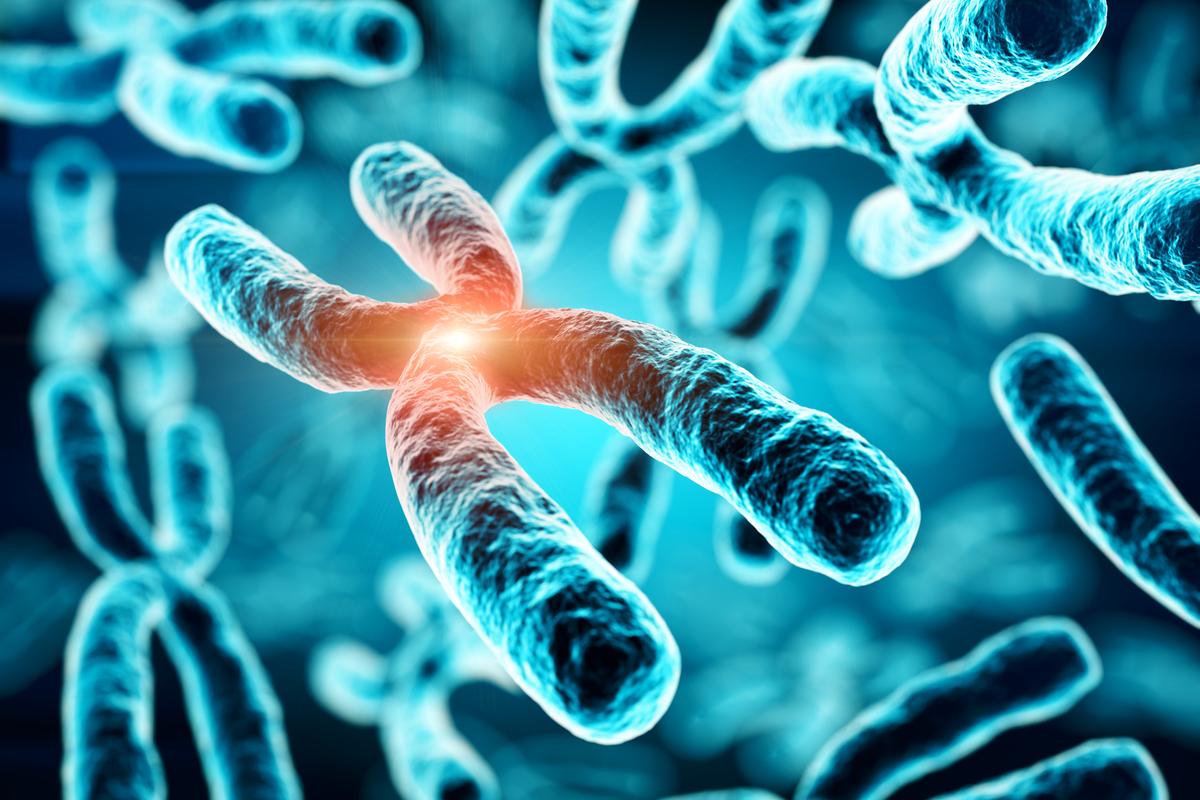 A new discovery paves the way for novel drugs that could help safeguard DNA and slow the aging process.  Sashkin7/Depositphotos.

Central to a lot of scientific research into aging are tiny caps on the ends of our chromosomes called telomeres. These protective sequences of DNA grow a little shorter each time a cell divides, but by intervening in this process, researchers hope to one day regulate the process of aging and the ill health effects it can bring. A Harvard team is now offering an exciting pathway forward, discovering a set of small molecules capable of restoring telomere length in mice.

Telomeres can be thought of like the plastic tips on the end of our shoelaces, preventing the fraying of the DNA code of the genome and playing an important part in a healthy aging process. But each time a cell divides, they grow a little shorter. This sequence repeats over and over until the cell can no longer divide and dies.

This process is linked to aging and disease, including a rare genetic disease called dyskeratosis congenita (DC). This is caused by the premature aging of cells and is where the Harvard University team focused its attention, hoping to offer alternatives to the current treatment that involves high-risk bone marrow transplants and which offers limited benefits.

One of the ways dyskeratosis congenita comes about is through genetic mutations that disrupt an enzyme called telomerase, which is key to maintaining the structural integrity of the telomere caps. For this reason, researchers have been working to target telomerase for decades, in hopes of finding ways to slow or even reverse the effects of aging and diseases like dyskeratosis congenita.

“Once human telomerase was identified, there were lots of biotech startups, lots of investment,” says Boston Children’s Hospital’s Suneet Agarwal, senior investigator on the new study. “But it didn’t pan out. There are no drugs on the market, and companies have come and gone.”

Agarwal has been studying the biology of telomerase for the past decade, and back in 2015 he and his team discovered a gene called PARN that plays a role in the action of the telomerase enzyme. This gene normally processes and stabilizes an important component of telomerase called TERC, but when it mutates, it results in less of the enzyme being produced and, in turn, the telomeres becoming shortened prematurely.

For the new study, Harvard researchers screened more than 100,000 known chemicals in search of compounds that could preserve healthy function of PARN. This led them to a small handful that seemed capable of doing so by inhibiting an enzyme called PAPD5, which serves to unravel PARN and destabilize TERC.

“We thought if we targeted PAPD5, we could protect TERC and restore the proper balance of telomerase,” says Harvard Medical School’s Neha Nagpal, first author on the new paper.

These chemicals were tested on stem cells in the lab, made from the cells of patients with dyskeratosis congenita. These compounds boosted TERC levels in those stem cells and restored telomeres to their normal length. However, rather than a scattergun approach, the team really wanted to test for safety and see if the treatment could precisely target stem cells carrying the right ingredients for telomerase formation.

More specifically, the team wanted to see if this could be achieved by having the PAPD5-inhibiting drugs recognize and respond to another important component of telomerase, a molecule called TERT. To do so, in the next round of experiments the team used human blood stem cells and triggered mutations in the PARN gene that give rise to dyskeratosis congenita. These were then implanted into mice that were treated with the compounds, with the team finding the treatment boosted TERC, restored telomere length in the stem cells and had no ill effects on the rodents.

“This provided the hope that this could become a clinical treatment,” says Nagpal.

The team will now continue its work in an effort to prove these small molecules are a safe and effective way to apply the brakes to dyskeratosis congenita, other diseases, and possibly aging more broadly.

“We envision these to be a new class of oral medicines that target stem cells throughout the body,” Agarwal says. “We expect restoring telomeres in stem cells will increase tissue regenerative capacity in the blood, lungs, and other organs affected in DC and other diseases.”

The research was published in the journal Cell Stem Cell.

(For the source of this, and many other equally interesting articles, please visit: https://newatlas.com/medical/reversing-aging-discovery-restore-telomeres/)