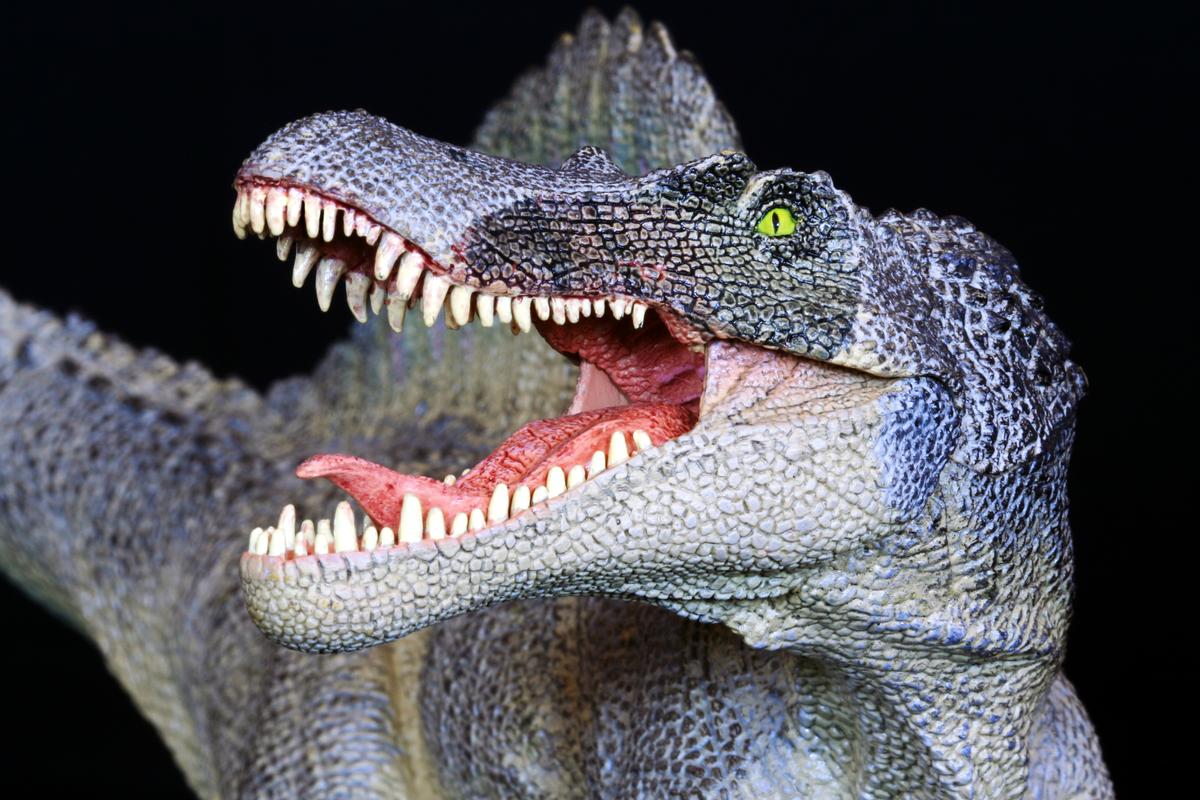 A new Spinosaurus fossil has revealed that this gigantic predatory dinosaur was a proficient swimmer. The first fossil of the creature’s tail has been discovered, revealing large spines that indicate a paddle shape like a crocodile’s tail – the first dinosaur to show any kind of aquatic adaptation.

Spinosaurus was one of the largest carnivores to ever stalk the Earth. It’s believed to have been up to 18 m (59 ft) long and weigh more than 20 tons, making it bigger even than the Tyrannosaurus Rex. Its most iconic feature, of course, is the big sail on its back.

But the creature has only been known from scattered bones, after the most complete fossil was destroyed in World War II. And even then, very little had been known about the tail. Most reconstructions showed the Spinosaurus with a long, tapered tail – the same kind you’d see on a T-rex or any other therapod.

But excavations in the Moroccan Sahara Desert between 2015 and 2019 uncovered new Spinosaurus bones, including the long-sought tail. It turns out that this tail was made up of tall spines, some as long as 1 m (3.3 ft), as well as elongated chevrons – the bones that protrude out from under the vertebrae.

Much like the sail on the dinosaur’s back, this bone structure would have supported a tall, flat tail. That shape would have made the perfect paddle, propelling the huge creature through water in pursuit of prey. It also had denser vertebrae, which appear to help with ballast.

This conclusion isn’t completely out of the blue either – for years scientists have argued that Spinosaurus appears to be adapted to life in the water. It has a long snout full of very pointed teeth, ideal for catching fish, and it seems to have relatively stumpy legs, less developed forearms, and a center of gravity that was too far forward, all suggesting it wasn’t built for bipedal land movement.

Still, it had previously been suggested that Spinosaurus would only have waded in the shallows. The new discovery of the crocodilian tail indicates the animal was more likely to have been almost a full-time water dweller, hunting for prey in river systems. 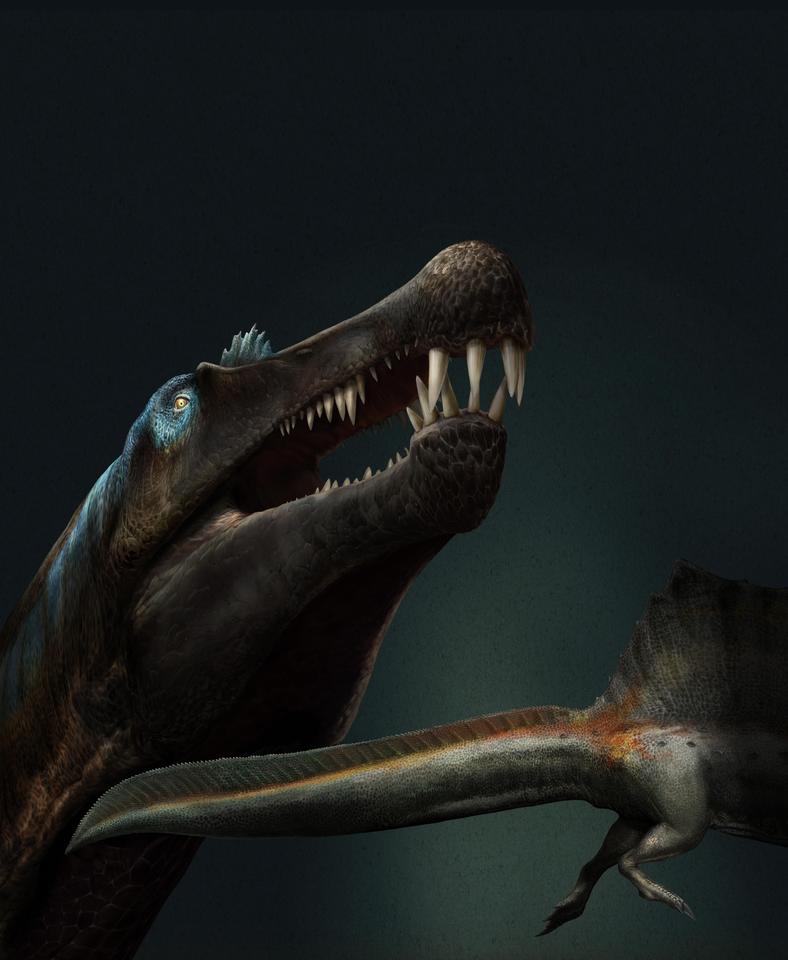 An artist’s representation of the Spinosaurus, taking into account the newly discovered shape of its tail.  Davide Bonadonna

“This discovery is the nail in the coffin for the idea that non-avian dinosaurs never invaded the aquatic realm,” says Nizar Ibrahim, lead researcher on the study. “This dinosaur was actively pursuing prey in the water column, not just standing in shallow waters waiting for fish to swim by. It probably spent most of its life in the water.”

To confirm the wider tail was better suited to swimming, a Harvard team created plastic models of the Spinosaurus tail shape, as well as those of crocodiles, newts, and the more pointed tails of other dinosaurs. Unsurprisingly, the new shape was much better at propulsion in water than the others.

While the oceans in the dinosaurs’ times were full of huge, predatory marine reptiles, they weren’t technically dinosaurs. The new discovery means Spinosaurus is the first known dinosaur to take to the waters.

“This discovery really opens our eyes to this whole new world of possibilities for dinosaurs,” says Ibrahim. “It doesn’t just add to an existing narrative, it starts a whole new narrative and drastically changes things in terms of what we know dinosaurs could actually do. There’s nothing like this animal in over 220 million years of dinosaur evolution, which is pretty remarkable.”

The research was published in the journal Nature. The team describes the discovery in the video below.

A swimming dinosaur: The tail of Spinosaurus

(For the source of this, and many other equally intriguing articles, and to see all nine images associated with this subject, please visit: https://newatlas.com/science/spinosaurus-tail-fossil-swimming-superpredator/)