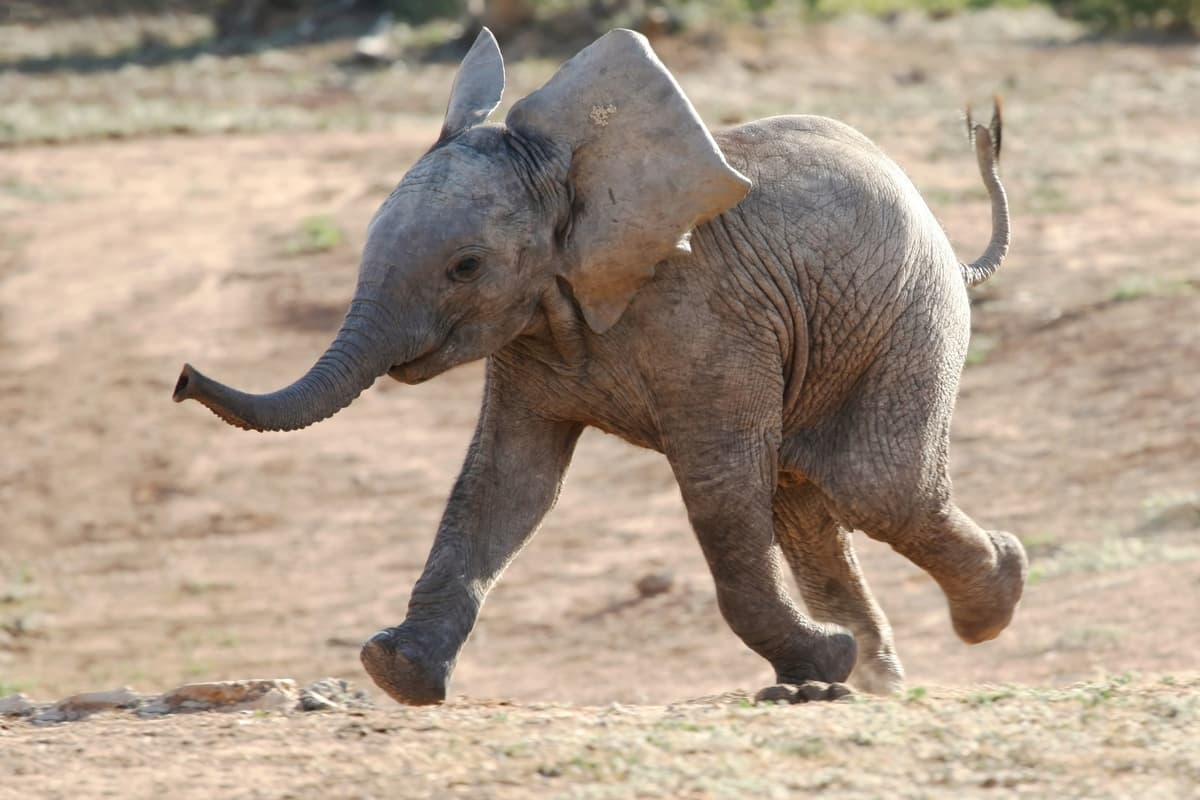 New research suggests very few mammals have the ability to metabolize ethanol as effectively as humans, meaning it wouldn’t take much fermented fruit to get an elephant intoxicated.  fouroaks/Depositphotos.
–

New research from a team of Canadian anthropologists is suggesting a famously debunked story about drunken elephants may have a kernel of truth in it after all. The researchers investigated a number of mammals for the presence of a genetic mutation linked to enhanced ethanol metabolism, finding very few animals actually have the ability to quickly process alcohol.

Back in 2005 a team of biologists from the University of Bristol purported to debunk a common amusing anecdote. The oft-told story recounted African elephants seeking out fallen fruit from the malura tree. The naturally sweet fruit is known to ferment quickly when it falls to the ground, reaching around three percent ethanol concentration after just a few days.

Accounts of drunk elephants storming through villages were commonly shared for decades, until the Bristol team published a study finding it would be nearly impossible for the large mammals to consume enough fermented fruit to reach an intoxicated state. The 2005 study suggested the anecdotal tales were simply a case of anthropomorphism, with human characteristics projected onto the animals.

However, a new study is suggesting that the previous research may be a victim of its own set of anthropomorphic prejudices, calculating intoxication based on rates of ethanol metabolism unique to human beings.

The new study focused on a gene called ADH7. This gene is known to produce an enzyme that metabolizes ethanol. While the gene itself is present in a great deal of mammals, the study identifies a mutation in the gene can be found which improves the efficacy of ethanol metabolism 40-fold.

The mutation is thought to have occurred sometime around 10 million years ago, when we moved down from the trees and came across a great deal more fermented fruit on the ground. This mutation was necessary in order to be able to eat more of the fruit without becoming inebriated and vulnerable to predators.

Mammals sharing a common lineage all still have this mutated version of ADH7, including gorillas and chimpanzees. The mutation was also seen in a lineage of fruit bats, obviously evolving the necessity to be able to eat fermenting fruit without getting too drunk to fly. And, strangely enough, the mutation was found in koalas. The presence of the mutation in koalas is suggested to help the animals process certain toxins present in eucalyptus leaves.

The implication of the new study is the anecdotal drunk elephant story may not be so apocryphal after all. Mareike Janiak, an anthropologist from the University of Calgary working on the new research suggests the study is not designed to prove the drunk elephant story true, but instead serves to remind people that we need to be cautious when we extrapolate human metabolic functions to animals.

“If you can’t metabolize ethanol very quickly, you are more likely to feel the effects of it or have a lower threshold of how much you can consume,” says Janiak. “We’re not proving that the stories are true, but we’re casting doubt on the previous debunkings. The anecdotes could be true.”

The new study was published in the journal Biology Letters.

(For the source of this, and many other equally entertaining articles, please visit: https://newatlas.com/science/drunk-animals-elephants-genetic-study-alcohol-metabolism/)