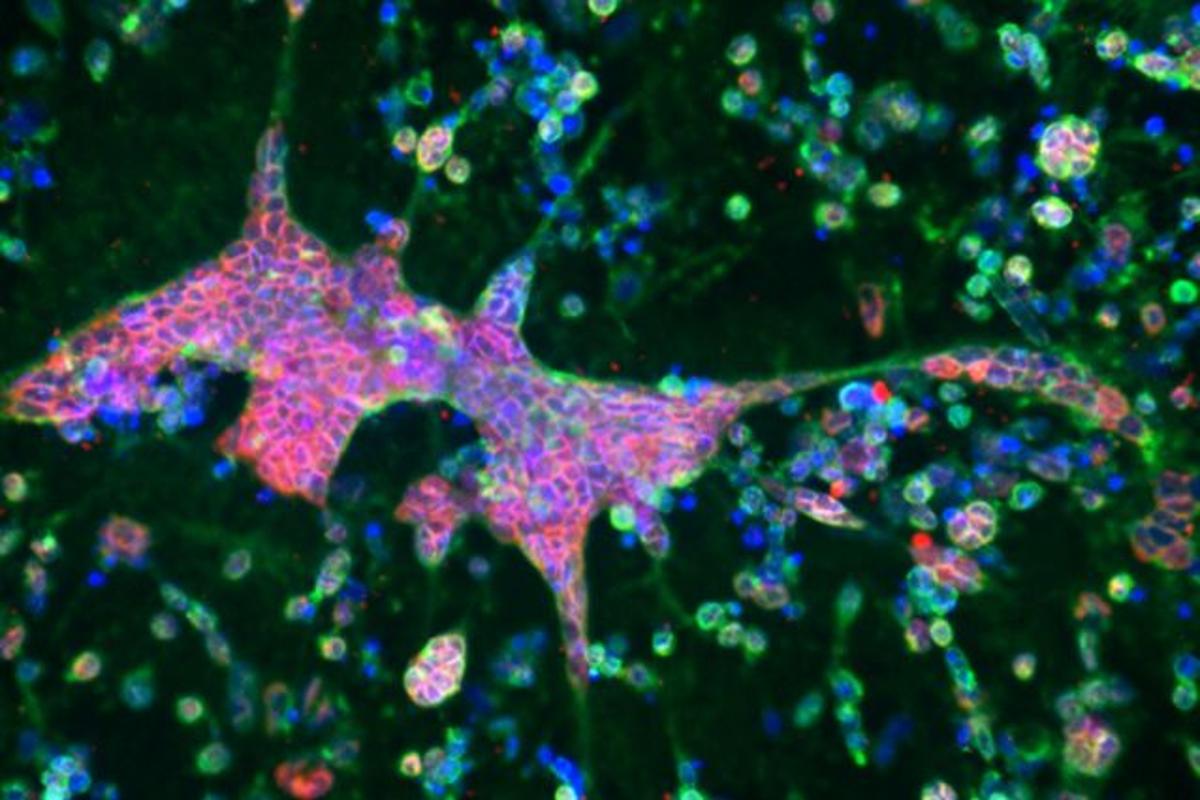 New evidence has been published in the journal Science Advances, adding weight to the link between Alzheimer’s disease and the common herpes virus. The Tufts University study, using a 3D bioengineered brain model, demonstrated how a herpes infection can induce a number of Alzheimer’s features, including neuroinflammation and amyloid plaques.

For several decades scientists have been presenting research linking the onset of Alzheimer’s disease with the presence of a herpes viral infection. While the dominant amyloid hypothesis has reigned over the majority of Alzheimer’s research, a torrent of failed clinical trials testing drugs designed to directly attack the buildup of amyloid plaques led to some researchers reconsidering a number of alternative viral hypotheses.

Direct causality between herpes simplex virus type I (HSV-1) and Alzheimer’s disease is, unsurprisingly, difficult to establish. With over two-thirds of the world’s population under the age of 50 estimated to carry HSV-1, it is clear that the virus could not be the sole cause of Alzheimer’s. However, it may be that the virus, in combination with currently unknown genetic or environmental factors, triggers the pathogenic processes we later recognize as Alzheimer’s disease.

To try and better understand this hypothetical causal process, the Tufts researchers constructed a novel 3D brain model composed of donut-shaped sponge-like materials, populated with neural stem cells that can be guided into neurons, mimicking both white and grey brain matter.

The research is the first human brain tissue model to demonstrate a HSV-1 infection mediating the development of pathogenic signs resembling sporadic Alzheimer’s disease. The results are important because the model was absent of any specific mediators that would otherwise induce Alzheimer’s-like signs, other than an infection with HSV-1.

“After just three days of herpes infection, we saw large and dense plaque formations of beta amyloid protein, as well as increased expression of some of the enzymes responsible for generating the plaques,” says senior author, David Kaplan. “We observed neuron loss, neuroinflammation and depressed signaling between neurons – everything we observe in patients. Never before have so many facets of the disease been replicated in vitro.”

A clinically approved antiviral medication was shown to reduce these herpes-induced Alzheimer’s signs, however, it is unclear this would work as an effective treatment in human subjects. Speaking to Inverse, Kaplan suggests once clinical Alzheimer’s symptoms have appeared in a patient it may be too late to try and stop the disease with anti-viral agents.

“While the initial formation of amyloid-beta is beneficial for clearing infection, over time, these proteins aggregate to form plaques which themselves eventually become toxic to cells of the brain,” he says.

Alongside offering new evidence to support the herpes hypothesis, the research establishes a novel brain tissue model for further Alzheimer’s study, providing researchers new opportunities to investigate the earliest stages of the disease, before it manifests in devastating neurodegenerative symptoms.

The new research was published in the journal Science Advances.

(For the source of this, and many other equally important articles, please visit: https://newatlas.com/science/alzheimers-disease-herpes-virus-3d-brain-model-study-tufts/)