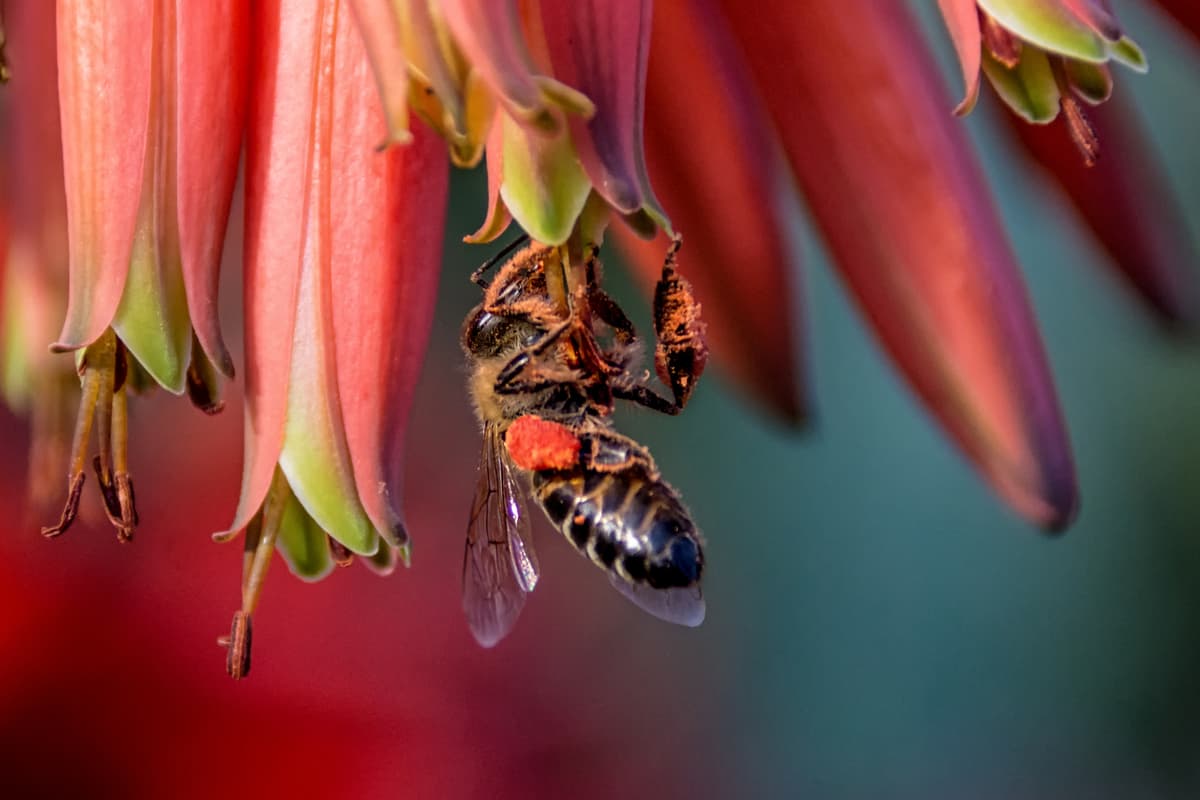 The Cape honey bee has an ability to reproduce daughters asexually, and scientists have now pinpointed the gene that makes this possible.  Binty/Depositphotos.
–

Scientists investigating the genetics underlying a peculiar behavior in South Africa’s Cape honey bee have made a groundbreaking discovery, pinpointing the single gene that enables them to reproduce without having sex. The finding not only answers a decades-old question for researchers in the field, but could have implications when it comes to pest control of other species.

Cape honey bees, or Apis mellifera capensis, inhabit the Cape region of South Africa, where they operate a little differently than other honey bee subspecies. For one, the worker bees feature larger ovaries that can produce the pheromones of a queen, affording them the ability to assert reproductive dominance in a colony.

This can even drive a form of social parasitism where the Cape honey bees invade other colonies and reproduce, before forcing the other worker bees to provide for their larvae. They do this through a single gene that enables them to lay eggs that selectively produce female bees, a unique characteristic but one that can also be problematic.

“Instead of being a cooperative society, Cape honey bee colonies are riven with conflict because any worker can be genetically reincarnated as the next queen,” says Professor Benjamin Oldroyd from the University of Sydney. “When a colony loses its queen the workers fight and compete to be the mother of the next queen.”

This ability to produce daughters without having sex is known as “thelytokous parthenogenesis,” and while these capabilities have been known for more than a century, only advanced genomic tools have now enabled scientists to probe the reasons why. Oldroyd and his team have leveraged these technologies to pinpoint the gene, called GB45239, that allows for these virgin births in Cape honey bees.

“It is extremely exciting,” says Oldroyd. “Scientists have been looking for this gene for the last 30 years. Now that we know it’s on chromosome 11, we have solved a mystery.”

The scientists hope that this finding can lead to knowledge of how the gene actually works, which could lead to ways to switch it on or off for different purposes. One example offered is to control populations of pest species like fire ants, which also engage in thelytokous parthenogenesis, albeit through a different gene.

“Sex is a weird way to reproduce and yet it is the most common form of reproduction for animals and plants on the planet,” says Oldroyd. “It’s a major biological mystery why there is so much sex going on and it doesn’t make evolutionary sense. Asexuality is a much more efficient way to reproduce, and every now and then we see a species revert to it.”

(For the source of this, and many other equally curious articles, please visit: https://newatlas.com/biology/gene-virgin-births-cape-honey-bees/)