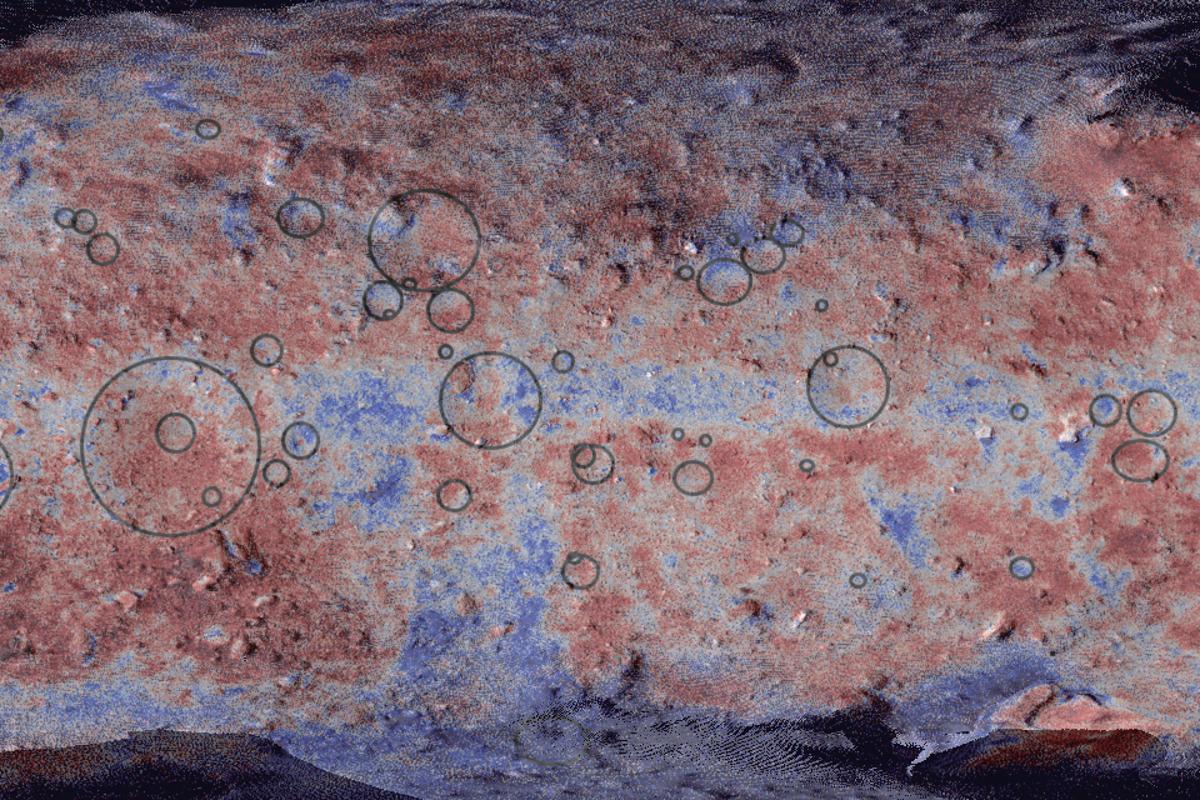 Japan’s Hayabusa 2 spacecraft is scheduled to arrive back on Earth later this year following a sample collection at asteroid Ryugu, but the mission is offering fascinating insights well ahead of its big return. Data collected by the probe during its historic touchdown has revealed surprising characteristics of the ancient space rock, including signs of a close encounter with the Sun.

The reasons scientists see such huge potential in studying asteroids like the one-kilometer-wide (0.6-mi) Ryugu is that they are thought to have gone largely unchanged since the formative stages of the solar system around five billion years ago.

Unlike planets and other bodies that have been transformed through millions of years of geology, chemistry and impacts, much smaller asteroids have got through mostly unscathed. This presents scientists with a kind of time capsule, with which they can peer into the universe’s ancient past to probe its deepest mysteries.

“I believe knowledge of the evolutionary processes of asteroids and planets are essential to understand the origins of the Earth and life itself,” says Associate Professor Tomokatsu Morota from the Department of Earth and Planetary Science at the University of Tokyo. “Asteroid Ryugu presents an amazing opportunity to learn more about this as it is relatively close to home, so Hayabusa 2 could make a return journey relatively easily.”

While scientists will eagerly await the asteroid samples Hayabusa 2 collected during a pair of touchdowns last year, there is also plenty to be learned by its close observations of Ryugu.

“We used Hayabusa2’s ONC-W1 and ONC-T imaging instruments to look at dusty matter kicked up by the spacecraft’s engines during the touchdowns,” says Morota. “We discovered large amounts of very fine grains of dark-red colored minerals. These were produced by solar heating, suggesting at some point Ryugu must have passed close by the Sun.”

Further analysis of this material revealed its spatial distribution and light signature, with the team finding that the dark-red matter was heavily concentrated around latitudes that would have been most exposed to solar radiation in the event of a flyby of the Sun.

“From previous studies we know Ryugu is carbon-rich and contains hydrated minerals and organic molecules,” says Morota. “We wanted to know how solar heating chemically changed these molecules. Our theories about solar heating could change what we know of orbital dynamics of asteroids in the solar system. This in turn alters our knowledge of broader solar system history, including factors that may have affected the early Earth.”

Morota and his team expect to learn much more about Ryugu when Hayabusa 2 delivers its samples in December this year. Observations of its landing sites on the asteroid indicate that a mix of the dark-red material and unheated grey material were scooped up in the process, which may allow the researchers to delve further into the secrets of Ryugu’s ancient past.

(For the source of this, and many other equally intriguing articles, please visit: https://newatlas.com/space/dust-samples-from-ryugu-reveal-the-asteroids-ancient-and-colorful-past/)