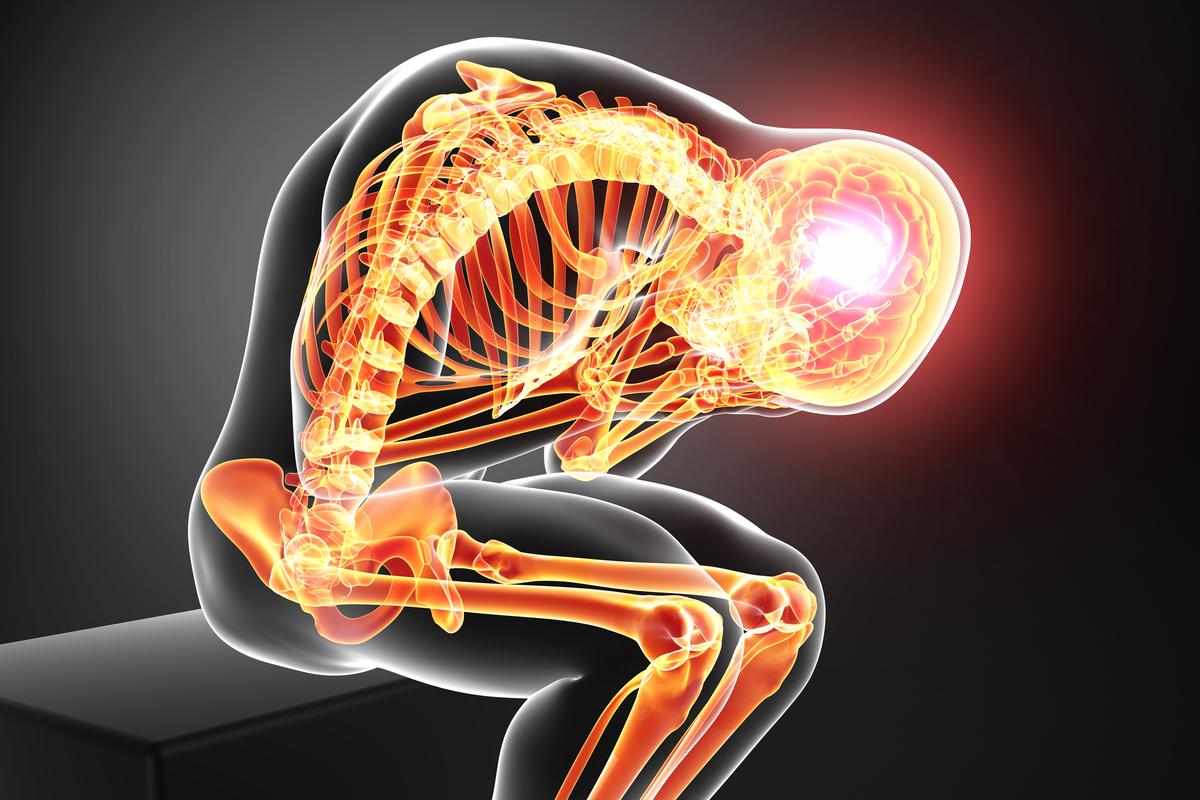 In experiments scientists have found neuron cells in the central amygdala are linked to more than a dozen pain response regions in the brain.  pixologic/Depositphotos.
–

What drives pain and how it might be prevented in humans are complex questions demanding complex answers, but scientists at Duke University have come across a rather simple one, comparatively speaking. The researchers have discovered that a small region of the brain can be leveraged to turn down activity in more than a dozen pain-promoting centers, raising hopes of a highly efficient therapy that targets a single population of cells.

The research at Duke University builds on earlier work exploring the effects of general anesthesia on neurons, and which ones it activates rather than suppresses. This led to the discovery that general anesthesia can fire up a set of inhibitory neurons in the central amygdala, a brain region considered to be the control center for negative emotions.

The researchers dubbed these CeAga neurons, and using advanced imaging techniques pioneered by themselves, were able to trace their activity throughout the brain. This led to the surprising discovery that these neurons in the central amygdala were connected to many different regions of the brain.

In further experiments, the team gave mice a mild pain stimulus and observed all the regions of the brain that were activated in response. In doing so, they found that at least 16 of them were being inhibited to some degree by the CeAga neurons. And this is where the discovery has so much potential in the eyes of the researchers, with the ability to possibly turn down a wide range of pain responses through a single mechanism.

“Pain is a complicated brain response,” says senior author Fan Wang. “It involves sensory discrimination, emotion, and involuntary nervous system responses. Treating pain by dampening all of these brain processes in many areas is very difficult to achieve. But activating a key node that naturally sends inhibitory signals to these pain-processing regions would be more robust.”

The team explored the effects of targeting the CeAga neurons through what is known as optogenetics, where light is used to activate specific sets of cells. Activating the neurons had the effect of turning off typical behaviors exhibited by mice in discomfort, such as paw-licking and face-wiping, the moment the anti-pain center was exposed to the light.

Conversely, the team found that when they dampened the activity of the CeAga neurons, the mice promptly began exhibiting signs of pain once again. All of this suggests the CeAga neurons could be a powerful target for treatments of chronic pain, and the researchers are now working to uncover drugs that target those cells specifically.

“People do believe there is a central place to relieve pain, that’s why placebos work,” says Wang. “The question is where in the brain is the center that can turn off pain. Most of the previous studies have focused on which regions are turned ON by pain. But there are so many regions processing pain, you’d have to turn them all off to stop pain. Whereas this one center can turn off the pain by itself.”

The research was published in the journal Nature Neuroscience.

(For the source of this, and many other equally intriguing articles, please visit: https://newatlas.com/medical/pain-off-switch-brain-ceaga-neurons-duke/)