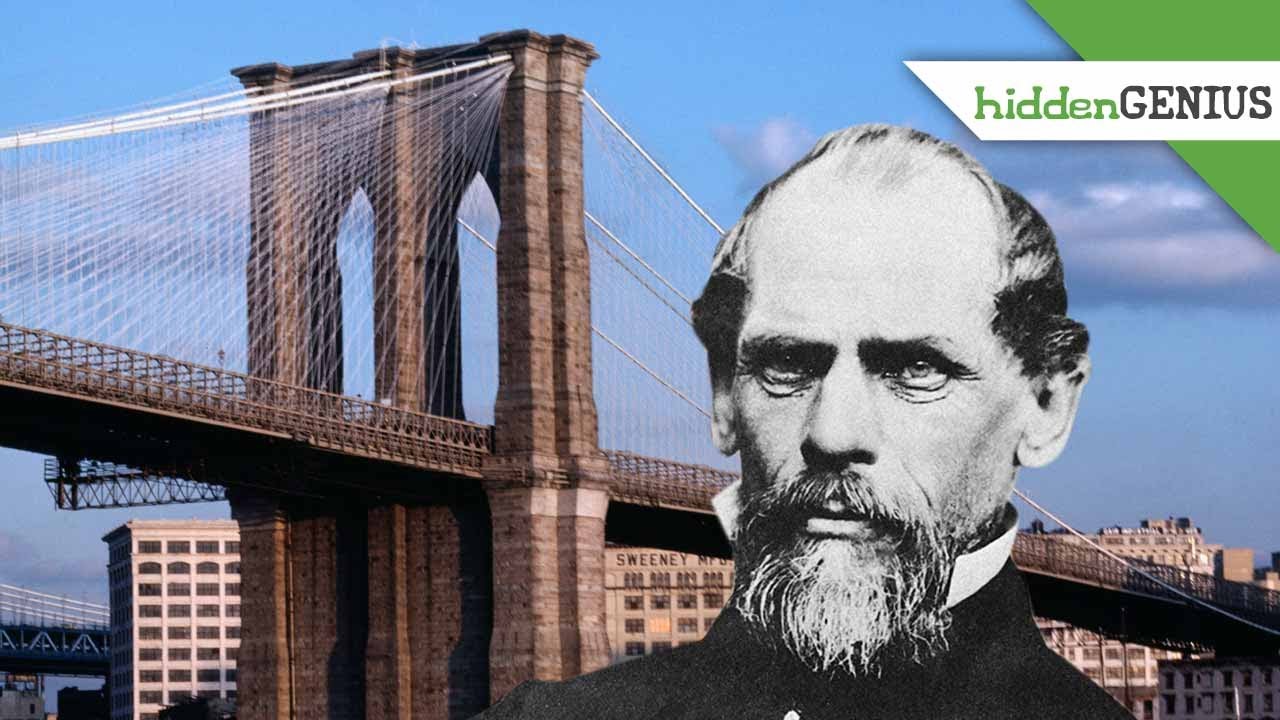 Two things that have often seemed in short supply in our national politics over the last few years are a respect for history—not just the lessons it can teach us, but what forces and factors drove those lessons—and empathy for the people stuck in that history.

People live their lives situated in time and space and are forced to make choices with the knowledge and context available to them.  They are often fooled or foolish—also often astute or fortunate—but there are usually sound reasons for the way people act, whether we agree with them or not.  Keeping that in mind is what makes the job of a biographer such a humbling practice.

About eleven years ago, I set out to write my first biography, of John Roebling, the man who designed the Brooklyn Bridge.  Roebling’s life seemed grand and exciting, full of ideas and incident.  Born in Prussia, he attended Hegel’s lectures in Berlin, emigrated to the US to start a utopian farming community in rural Pennsylvania, wrote passionately of his abhorrence of slavery, and went on to become one of the nineteenth century’s greatest engineers and manufacturers, and certainly its greatest bridge builder.  He built bridges over the Niagara Gorge (over which Harriet Tubman transported formerly enslaved people to Canada) and over the Ohio at Cincinnati (the first structure to link a Northern with a Southern state after the Civil War).  He had just begun the colossal New York and Brooklyn Bridge—one of the greatest engineering feats of the nineteenth century—when a random accident at the bridge site claimed his life.

I thought Roebling was a genius.  He could wrestle thousands of tons of wood, granite and iron into beautiful and intricate bridges, far longer and sturdier than anyone else on the planet could.  He combined advanced mathematics and physics with the eye of artist and a master craftsman to produce sublime artifacts of the industrial age, great icons of the nineteenth century.

I also thought he was a complete weirdo.  Roebling believed in spirits; wrapped himself up in a wet sheet before going to bed (a friend of mine thought my book should be called “More Wet Sheet”: The Life and Times of John A. Roebling); assiduously attended séances; ate his own bodyweight in charcoal; treated himself with cold running water when he had tetanus; thought he could ward off cholera by pacing up and down repeating “I have it not, I have it not!”; created huge long lists of things he wouldn’t eat, including nearly all fruits and vegetables, which he seemed to think were somewhat toxic; believed in Odic Force, that space was a substance (“ether”), and that the afterlife consisted of seven spheres of existence that you slowly worked through to get to the final state, disarmingly named Summerland.

This all seemed so rich and wonderful to a first time biographer.  The guy was clearly bonkers and it would be such fun to rake over it all, I thought.

But I don’t see him as a weirdo now, even though much of what he believed we would now call mumbo jumbo.  And I have no interest in poking fun at him, laughing at his failings (ok, maybe a chuckle about the wet sheet), or wallowing in my superiority.  I have learned, I think, the first lesson of biography: that we need to take people on their own terms, not on ours.  And Roebling’s terms were the nineteenth century, not the early twenty first. 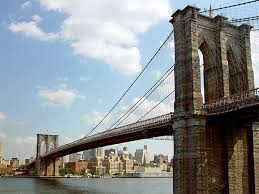 The nineteenth was an age of invention, belief, and exploration.  People believed they could find answers to everything, Roebling more so than most.  He was at heart an ideas man.  He had thousands over the course of his life.  Most missed the mark in one form or another, but some didn’t, and those ideas helped change the face of a nation.  His views on medicine may strike us as misguided and delusional but the modern medical profession had barely entered its infancy by the mid-nineteenth century.  To one degree or another almost all ideas about medicine were wrong.  (The doctor attending Roebling’s brush with cholera blamed the disease on “the epidemic constitution of the air,” “high heat and humidity,” and “soil poison,” for example.)  But the point was not so much the accuracy as the effort at understanding itself.

Roebling’s life and beliefs showcase a society struggling to reconcile the rising influence of science with the declining authority of faith and religion, a hallmark of the nineteenth century and a process we mistakenly regard in hindsight as linear.  Yet even for someone like Charles Darwin, shrugging off religion was the work of a lifetime, “like confessing a murder,” he wrote his good friend Joseph Hooker.  Beliefs were in flux.  New knowledge was created at a bewildering pace, much of which refused to sit easily next to established ideas.  A surprisingly large number of prominent Americans—judges, journalists, abolitionists, historians, military officers, politicians, businessmen, and poets—took to spiritualism, for example, precisely because of this.  In a climate of change and creation, new things seem possible and within reach: new ways to build, communicate, and think; new places, materials, and laws to discover; even perhaps communing with the dead.

In this, the nineteenth century was a time of optimism, but also of huge loss.  War, disease, and large-scale migration separated family members, often forever, as it did with Roebling, who lost a beloved child in infancy, had a son fight in the Civil War, and never saw any of his immediate family after leaving Europe when he was twenty-four.  This confluence of discovery and loss fed the spiritualist movement, which in turn reflected the age in which it appeared.  If the religious impulse represents the search for answers in the face of profound grief, then spiritualism offered a comforting, plausible solution to a bewildering era that took away as much as it promised. Spiritualism sought to bring science into the world of faith: to make the afterlife a verified, observable fact.  We might scoff at a nation as taken with séances as hard science but it’s entirely possible that, during Roebling’s life, more people believed in spirits than suspension bridges.

Roebling, of course, believed in both.

Roebling was a believer and a scientist. He belonged to the blurred line that ran straight through the nineteenth century, shaping its unsteady but inexorable march. Roebling helps us remember that the achievements of industry and engineering—what we take to be the triumphs of applied reason—are often created by people with a decidedly different perspective on the world than our own.

He is also a reminder that people can be many things, and that contradictions aren’t always as clear as with hindsight. Arthur Conan Doyle—the mind behind literature’s most rational brain—was a doctor, ophthalmologist and botanist who studied at one the UK’s most prestigious medical schools.  He was a full-throated advocate of vaccinations.  He also believed in fairies.

Roebling’s achievements in applied science stand in somewhat stark contrast to his ideas about other branches of the natural arts.  But his failings in this regard aren’t his own alone: they belong to the times, just as his successes do.  One might also say they weren’t even failings at all.  We think of people like John Roebling as embodying great contradictions but they are only contradictions to us.  They weren’t contradictions to him or to others of his era.  Instead they were the creaks and groans of a culture working things out, moving itself forward in time and in understanding, trying its messy best to incorporate new aims and new ideas into an existing order.

The nineteenth century is not our century.  It’s easy to judge but harder to understand, which is why we need to have empathy for those that lived in and through it.  We have the gift of hindsight.  They had only the unknown.

(For the source of this, and many other equally intriguing articles, please visit: https://historynewsnetwork.org/article/175391)