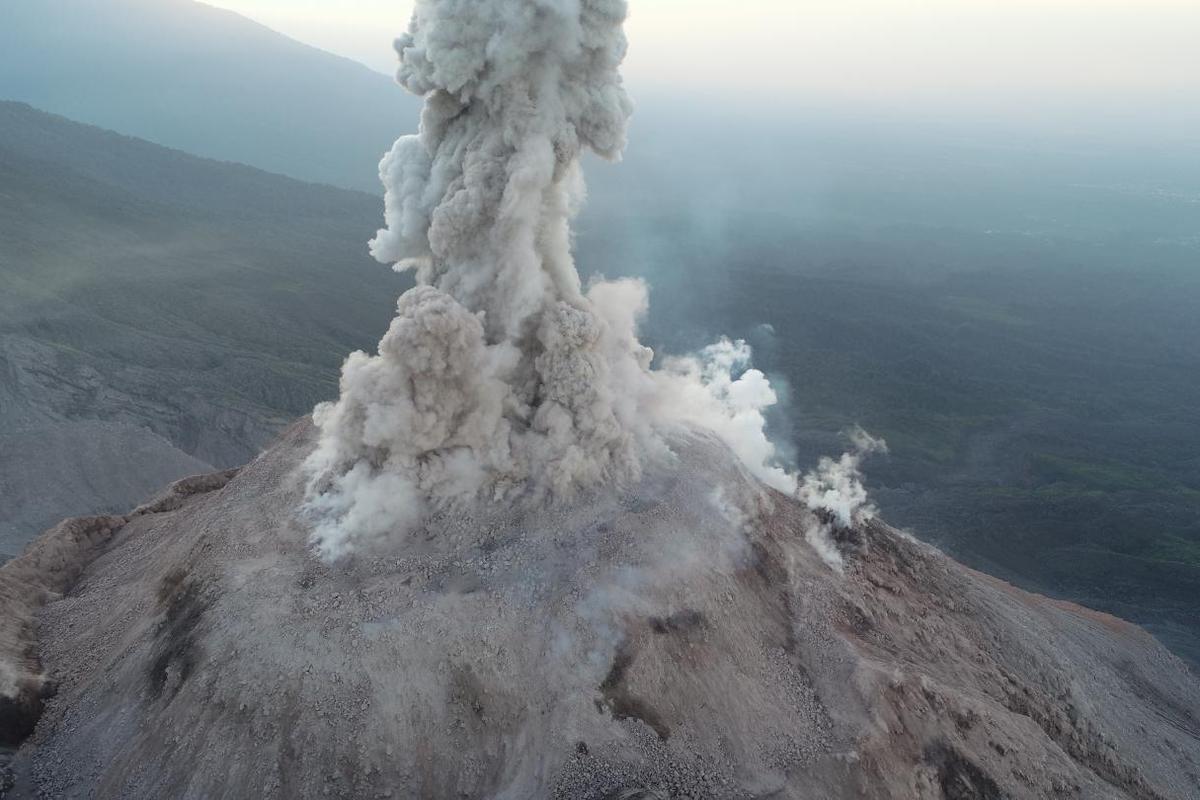 Active volcanic craters are something that people generally don’t want to get very close to – even if they’re dedicated volcanologists. With that in mind, German scientists recently had success using a drone to do the job.

Led by PhD candidate Edgar Zorn, a team from the German Research Center for Geosciences started by equipping a DJI Phantom 4 Pro quadcopter with a FLIR TAU 2 thermal imaging camera. They then repeatedly flew the drone over the Caliente cone of the Santa María volcano in Guatemala.

Footage from the copter’s onboard 4K optical camera was digitally combined with that from the FLIR camera, creating stereoscopic video that displayed both visual and thermal imagery. When a computer subsequently analyzed that footage, it was able to create a 3D model of the volcano with centimeter-scale accuracy.

That model included information that couldn’t have been gathered as thoroughly from the ground, including the lava’s flow pattern and velocity along with the volcano’s surface temperature. Such data is important for determining if a major eruption is imminent.

“We have shown that the use of drones can help to completely re-measure even the most dangerous and active volcanoes on Earth from a safe distance,” says Zorn.

A paper on the study was recently published in the journal Scientific Reports.

Ben Coxworth
Based out of Edmonton, Canada, Ben Coxworth has been writing for New Atlas since 2009 and is presently Managing Editor for North America. An experienced freelance writer, he previously obtained an English BA from the University of Saskatchewan, then spent over 20 years working in various markets as a television reporter, producer and news videographer. Ben is particularly interested in scientific innovation, human-powered transportation, and the marine environment.
–
(For the source of this, and many other equally interesting articles, please visit: https://newatlas.com/drones/drone-study-active-volcano/)