Celtic culture can be found in eight different European regions. 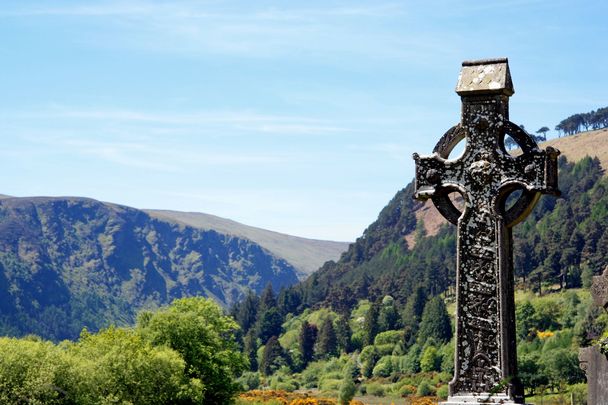 Who were the Celts? The Celts were a group of tribal societies tied by similar language, religion, and culture in Iron Age and Medieval Europe.

Celtic culture began to develop as early as 1200 BC and spread through migration to the British Isles, France and other parts of Europe.

“Celtic” refers to people descended from one of the current Celtic regions in the western extremities of Europe. Each of these regions has retained much of its indigenous culture and distinctive language throughout the centuries.

Here are the eight Celtic regions as defined by the Northern Arizona Celtic Heritage Society:

Asturias lies between the region of Galicia and Cantabria in northern Spain (España). It is a prehistoric land as the many cave paintings illustrate. The area was inhabited by the Iron-age Celtic tribes who fought off the Romans and the Moors.

Folklore: Verbenas are outdoor dances, always accompanied by bagpipes; the Descent of the Sella is a world-renowned canoe competition).

Food: Fabada is a white bean soup, made from the fabe de granja – a bean only grown in this area.

Symbol: Horreos (grain storage outbuildings); The Cruz de la Victoria, dating to 908 AD, is the model for the cross on the Asturian flag.

Notable people: Severo Ochoa won the 1959 Nobel Prize in Medicine and Physiology, for his discovery (with Arthur Kornberg), of RNA and DNA.

Located on the northwest coast of France, Brittany’s Celtic heritage makes it distinct from other French regions. Brittany’s unique culture can be attributed to its long isolation from the rest of France. Breton culture can still be seen today during church festivals and other events when the old costumes with their “coiffes” (hats of lace) – a different hat in each area – can be seen. A quarter of the people still speak Breton, a Celtic language similar to Cornish and Welsh.

Folklore: Brittany has a direct connection to Camelot and Arthurian Week is held in Broceliande every July.

Cornwall is the most westerly county in England.

Food: A Cornish pasty is a meat in a pastry wrapper or shell.

Symbol: St. Piran’s flag is a black flag with a white cross and is the banner of Saint Piran, the patron saint of the tin-miners of Cornwall. [Ed. Note: Cornwall was an important trading stop for Phoenician ships seeking tin.]

Located on the northwest coast of Spain, Galicia boasts green hills and a rainy climate reminiscent of the British Isles.

Folklore: One strongly rooted tradition is the belief in the existence of “meigas” (witches). The city of Finisterre was named based on the belief that this area was the end of the world (in Latin, “finis terrae” means “end of the world”).

Food:“Torta de Santiago” is a cake decorated with the Cross of Santiago.

Symbol: The pine tree. Os Pinos (The Pine Trees) is the national hymn.

Folklore: St. Patrick brought Christianity to Ireland and drove the snakes out of the country; Leprechauns grant wishes; the shamrock symbolizes the Holy Trinity.

Symbol: The Claddagh (a traditional Irish ring) represents love (the heart), faith in friendship (the clasped hands) and loyalty (the crown).

The Isle of Man is part of the British Isles but is not part of the United Kingdom. The Manx cat comes from this region. [Ed. Note: A breed of cat having no tail or an extremely short one.]

Folklore: Tales and lore of ghosts and fairies

Symbol: The Trinacria (Three Legs of Man) was first officially used in the 14th century. The source of the legs emblem is attributed to a variety of pagan references to the sun, Sicily’s emblem, Medusa, and the swastika. [Ed. Note: The swastika as a Sun symbol is found in ancient societies all over the world, yes, even including the land now know as Israel and ancient Native America.]

Scotland has over 750 islands. Edinburgh is the capital city.

Wales is the Celtic region which has most successfully retained its native language.

Folklore: King Arthur’s court is said to have been in Caerleon, while Merlin’s birthplace is Carmarthen.

(For the source of this, and many other equally intriguing articles, please visit: https://www.irishcentral.com/roots/history/guide-identifying-celtic-regions/)