Home
News
&
WEIRD HISTORY
Money Over Race: The Story of Sarah Rector, The Black Girl So Wealthy She Was Considered To Be White

Most people have never heard the name Sarah Rector. Rector became staggeringly wealthy because oil was discovered on the land she was granted as the descendant of slaves owned by Native Americans. Later, she purchased the Sarah Rector Mansion in Kansas City, Missouri. Millionaire Sarah Rector received marriage proposals in the mail, even though she was still a tween.

The story of the slave child who became a millionaire grabbed headlines around the world. And Rector’s mistreatment by her white guardians drove prominent black leaders like Booker T. Washington and W.E.B. DuBois to offer her support. But what, exactly, was Sarah Rector’s net worth? Well, in 1914, she paid more income taxes in the state of Oklahoma than any other resident — and she was only 12. 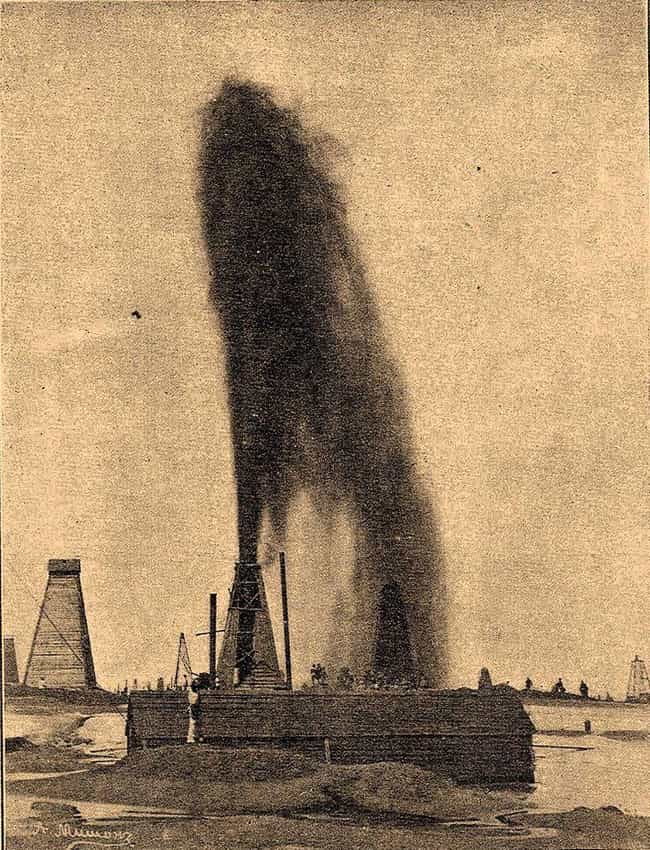 Sarah was the descendant of slaves owned by the Creek tribe of Native Americans. After the Civil War, her grandparents were freed and granted tribal rights. Under an 1866 treaty between the United States and five Native American tribes, the freedmen received land allotments of 160 acres each — including the children. Sarah received a parcel valued at $556.50, and her young siblings received separate allotments as well.

But former slaves didn’t get the best land, that was reserved for the Creek. In fact, Sarah’s parcel was 60 miles from where she lived, and the land was considered unsuitable for farming. Sarah’s family nearly lost her rocky, arid parcel because it carried a $30 annual property tax.

Little did they know, the land contained riches in the form of oil.

The State of Oklahoma Declared Sarah A White Person, Because She Was Too Rich To Be Black

When oil was discovered on her land, Sarah Rector became a millionaire overnight. The Oklahoma legislature went so far as to declare Sarah Rector a white person. As reported in the Chicago Defender, “the white people have become so alarmed at the enormous wealth of this young girl that they do not like such wealth belonging to a girl of Afro American blood.”

So, the state of Oklahoma declared Sarah white, which allowed her to avoid Jim Crow laws that banned black people from first-class railroad cars.

As soon as the Standard Oil Company struck oil in 1913, Sarah started receiving a daily income of $300. That’s the modern equivalent of around $7,500, every single day. But the government didn’t want a child who was descended from slaves to have access to that kind of money.

The law discriminated against Native Americans, black adults, and children who were citizens of Indian Territory with significant property and money, so they were assigned a “well-respected” white guardian to oversee their assets. But, of course, the system was corrupt, and many of the so-called guardians stole money or property from the people they were supposed to be helping. Luckily, Sarah Rector had some powerful supporters in her corner.

News Of Sarah’s Fortune Spread, And Marriage Proposals Rolled In

Sarah’s story made headlines around the world. As word spread that a young black girl in Oklahoma owned a fortune in oil, men from all corners of the globe started writing to Sarah Rector, who was not even a teenager yet, and proposing marriage.

Letters poured in requesting loans from the wealthy girl, or simply asking her for money. Four young men in Germany sent marriage proposals to Sarah, even though she was only 12 years old at the time.

Sarah’s Grandparents Were Born The Slaves Of Creek Indians

Sarah Rector’s ancestors were slaves owned by Creek Indians. The US government forcibly relocated thousands of Native Americans in the decades before the Civil War, in what became known as the Trail of Tears. As they walked to Indian Territory, members of the Muskogee and Creek tribes brought their slaves with them.

After the Civil War, tribal reconstruction treaties forced the Indian Territory residents to abolish slavery and give tribal rights to the newly freed slaves, who became known as Creek Freedmen. Sarah Rector’s grandparents, Benjamin and Mollie McQueen, were slaves owned by Creek Indians.

In just two generations, the Rectors went from slaves to one of the richest families in the country.

Before the oil was found, the Rector family could barely pay for the annual property tax on Sarah’s plot of land. The infertile soil seemed completely worthless to the Rectors, who tried to sell the 160 acres.

In 1910, Sarah’s father, Joseph, even petitioned the Muskogee County Court to allow them to sell it. But because the land was granted by a treaty between the federal government and the Creek Nation, they weren’t allowed to sell it, and Joseph was forced to come up with the property taxes.

In 1911, Joseph Rector leased the parcel to the Standard Oil Company. No one knew if the land contained oil until 1913, when an independent oil driller found a “gusher” on Sarah’s property. Suddenly, her land was producing 2,500 barrels of oil a day, and the 11-year-old Sarah Rector was instantly rich.

Her Story Made Headlines Around The World

As soon as the world learned of the pre-teen millionaire, newspapers started running sensational stories about Sarah Rector — some of which weren’t true at all. The Denver Star, some 740 miles west, called Sarah “a Negro girl ten years old,” and they reported on her impressive income.

According to the article, Sarah’s income taxes were the highest in the entire state of Oklahoma, based on her profit of over $112,000 a year — the equivalent of around $3 million today.

The newspaper reports about Sarah Rector and her wealth showed white America’s intense discomfort with the young woman of color. The Ottumwa Tri-Weekly Courier, an Iowa newspaper, wrote that Sarah was under “sympathetic guardianship,” and promised that the girl would receive “the best education of which she is capable.”

The piece concluded by hoping that Sarah would perhaps “become a great force for good among her people.”

A Black Newspaper Called For People To Help Sarah

The Chicago Defender, the country’s most influential black newspaper, quickly took up Sarah Rector’s case. In 1914, they published an article saying that Sarah’s estate was being mismanaged, and Sarah herself lived in a shanty and dressed in rags. The story called out the white guardians of Sarah’s estate as contributors to the problem.

The coverage caught the attention of national black leaders like Booker T. Washington and W.E.B. Du Bois, who reached out to Sarah’s family to improve their situation. Soon, the NAACP got involved to protect the rights of black children.

The NAACP Advocated For Sarah Rector

The NAACP stepped in to work with the Bureau of Indian Affairs and the United States Children’s Bureau to correct the mismanagement of Sarah’s estate. As James C. Waters, Jr., an agent for the NAACP, wrote:

Is it not possible to have her cared for in a decent manner and by people of her own race, instead of by a member of a race which would deny her and her kind the treatment accorded a good yard dog?

To make sure Sarah’s situation never repeated, W. E. B. Du Bois also created a Children’s Department at the NAACP to investigate claims that white guardians were mistreating black children.

In helping Sarah Rector, Washington lived up to his own famous quote: “If you want to lift yourself up, lift up someone else.”

Tuskegee University Was A Center For Black Intellectuals

When she turned 18, Sarah left Tuskegee and moved with her family to Kansas City, Missouri. She was an adult and a well-established millionaire, and she settled into life in the big city.

Sarah Bought A Mansion And Got Married

At age 18, Sarah Rector owned a cafe, a boarding house, a bakery, and had numerous stocks and bonds. She had also bought 2,000 acres of land. When her family relocated to Kansas City, Missouri, Sarah bought a house on 12th Street, which is still known as the Rector House or Rector Mansion.

At 20, Sarah married Kenneth Campbell, and went on to have three sons. And she wasn’t shy about spending her money.

Sarah Rector Lived An Extravagant Lifestyle With No Shame

Sarah Rector used her money to live a luxurious life. She bought a limousine and hired a chauffeur to drive neighborhood children to their elementary school, in addition to her purchase of Rector Mansion.

Sarah’s husband opened the second black-owned auto dealership in the country, and she bought expensive clothes and diamonds, because she refused to hide her wealth. In fact, she used her money to help others.

White Americans Were Terrified By A Rich Black Person

Sarah Rector’s overnight success story terrified white Americans. As the Chicago Defender reported, “the white people have become so alarmed at the enormous wealth of this young girl” that they declared her white.

“With all the traits and characteristics of an Afro-American, she has too much money, and must be white,” the paper lamented. “It’s the same old idea of the white man that whenever a Negro achieves any distinction, either in the scientific or literary world, some white men want to declare them white.”

By chance, Sarah Rector went from poverty to riches. And her story reveals the uncomfortable truth that white Americans were terrified by a black person with money.

(For the source of this, and many other equally intriguing articles, please visit: https://www.ranker.com/list/life-of-sarah-rector/genevieve-carlton/)