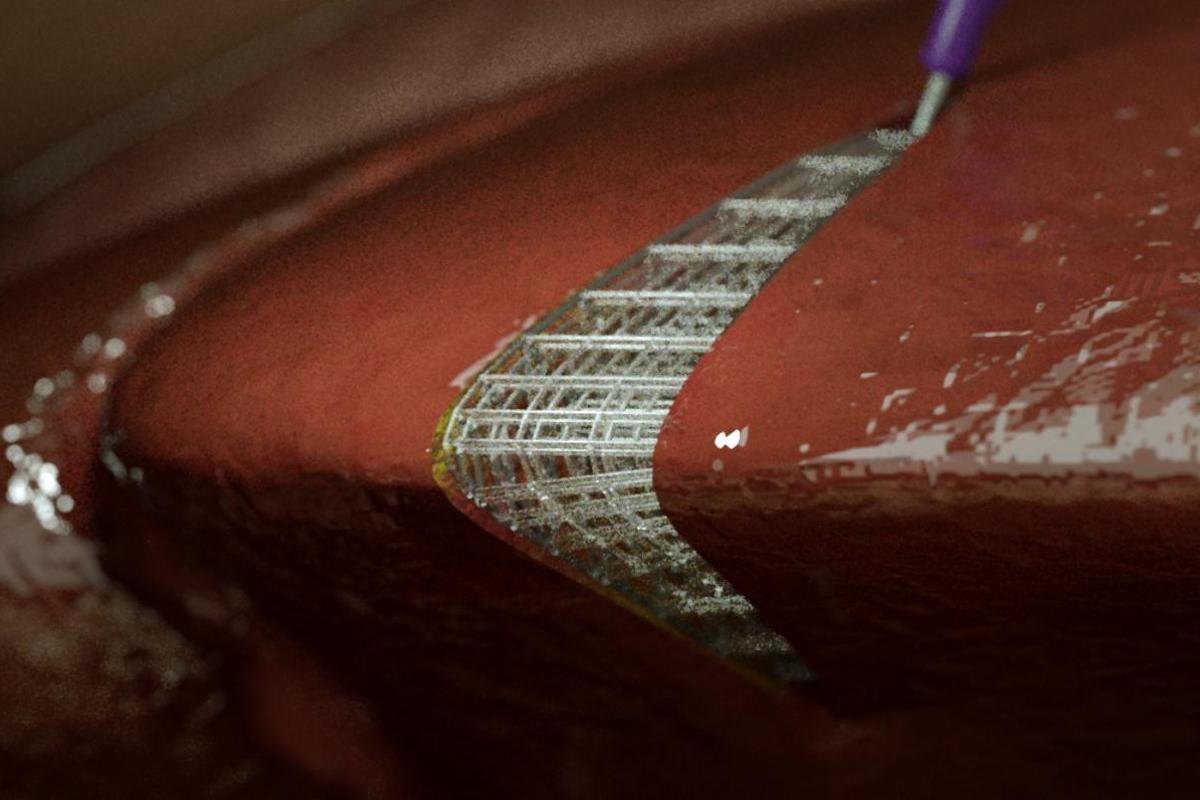 By Ben Coxworth, 2020 Jun 16
–
Although we’re hearing more about the prospect of 3D-printed replacement body parts, those parts need to be implanted via relatively large incisions. That may not always be the case, however, thanks to a new “bio-ink” that could allow parts to be printed within the body.

First of all, other types of bio-inks do already exist. They’re generally a liquid containing living cells, a framework material, and growth factors that prompt the cells to reproduce within that framework material, gradually changing it over to pure biological tissue.

Computers
Motion capture tech digitizes dogs, with no suit and a single camera

Such bio-inks are extruded from the nozzle of a 3D printer, building up body parts outside of the body, layer by layer. In many cases, they’re cured into a solid material via exposure to ultraviolet light. Unfortunately, though, UV rays would be harmful to the patient’s own tissue if administered inside the body.

That’s where the new bio-ink comes in. It was developed through a collaboration between scientists from the California-based Teraski Institute, Ohio State University, and Pennsylvania State University.

The fluid is dispensed from the fine tip of a robotically-controlled nozzle, that is surgically inserted into the patient’s body through a small incision. In order to hold each strand of the bio-ink in place, the nozzle punctures a small void in the patient’s soft internal tissue, then deposits an anchoring blob of the fluid within that space. As the nozzle is subsequently withdrawn, it places another blob on the outside of that tissue, serving as an additional anchor. The rest of the strand is then drawn over to another anchoring point.

Importantly, the bio-ink can be internally applied at normal body temperature, and cured into a solid using a non-UV visible light source.

Although the substance may someday be used to build parts such as blood vessels or spinal discs, it is hoped that some of its more immediate uses may include the application of patches on damaged or defective organs, or the creation of hernia repair meshes.

The research is described in a paper that was recently published in the journal Biofabrication.

(For the source of this, and many other equally intriguing articles, please visit: https://newatlas.com/3d-printing/bio-ink-3d-print-body-parts/)