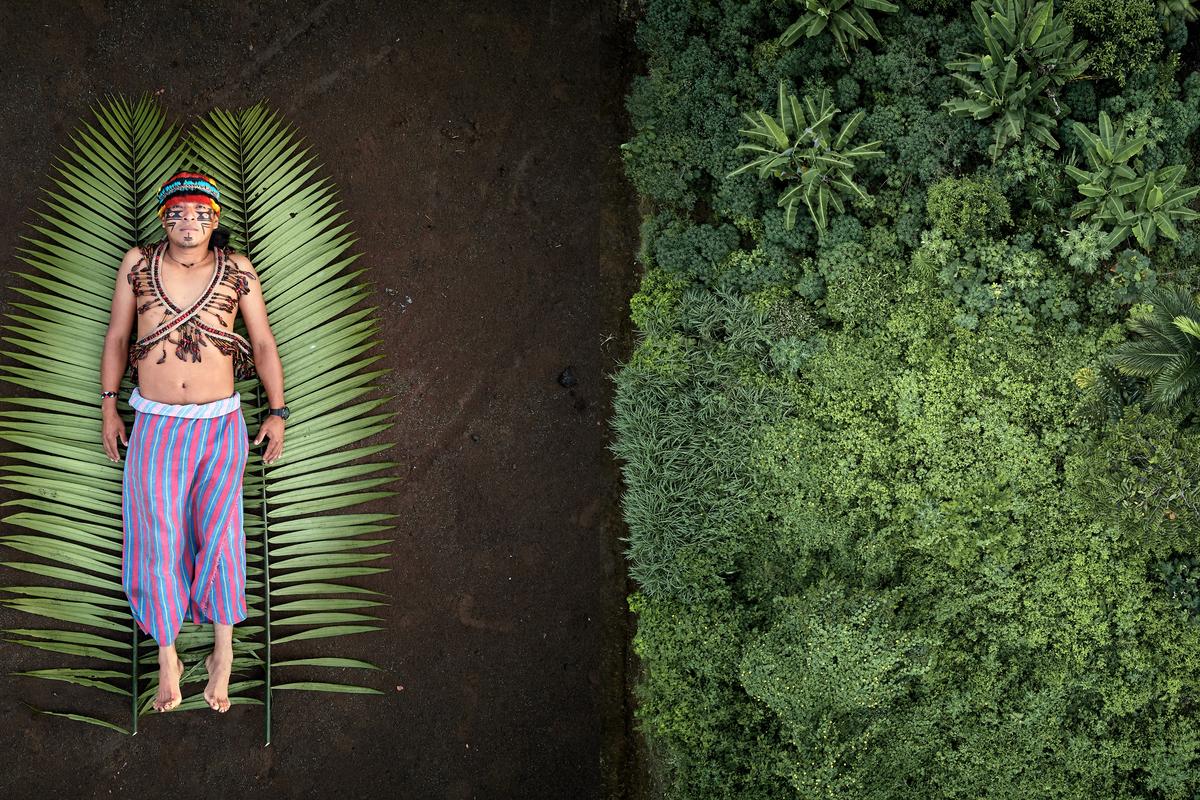 Overall Winner. José is one of the leaders of the Achuar indigenous people in the Sharamentsa community. He defends his rainforest by generating projects in collaboration with external organizations – Pablo Albarenga, Uruguay, Photographer of the Year, Professional, Creative, 2020 Sony World Photography Awards.

Pablo Albarenga has taken the top Photographer of the Year prize in the 2020 Sony World Photography Awards for an incredible series entitled Seeds of Resistance, contrasting portraits of environmental activists with the territories they are trying to protect.

This year’s final wave of winners in the massive annual contest were whittled down from a record-breaking 350,000 submissions. Albarenga receives the US$25,000 top prize for a series that Chair of the 2020 Professional competition, Mike Trow, calls a powerful visual record of the human face of deforestation.

“The judging process this year was challenging – there were a number of extraordinary stories and sets of images that could have won the overall title, but Seeds of Resistance really stood out,” says Trow. “Pablo is from Uruguay and this project is deeply personal to him as a photographer. The effort required to envisage, produce and shoot this series is laudable in every way.”

Alongside the Professional competition is the Open competition, accessible to all photographers with a focus on single images. UK photographer Tom Oldham won the 2020 Open Photographer of the Year competition for his expressive portrait of Charles Thompson (aka Black Francis), frontman of the band The Pixies.

Take a look through our gallery at the overall winners from this year’s stellar Sony World Photography Awards, or checkout more highlights from 2020 and previous years.

(For the source of this, and many other equally fascinating articles, and to view all 25 images, please visit: https://newatlas.com/digital-cameras/overall-winners-2020-sony-world-photography-awards/)