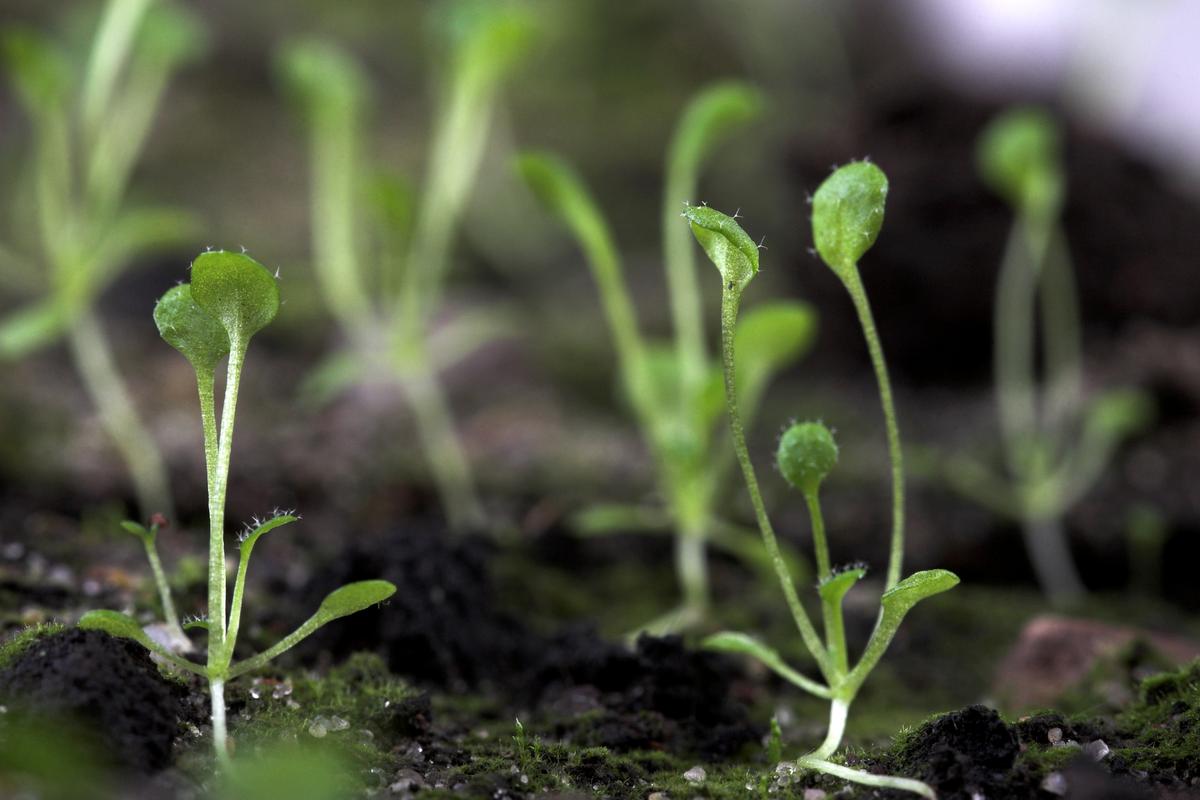 Scientists studied the impacts of plastic particles on Arabidopsis thaliana, and found that they can inhibit its growth and reduce the overall biomass of the fully formed plant.  kovalvs/Depositphotos

Such is the magnitude of our plastic pollution problem that tiny particles of the stuff continue to turn up in all kinds of unexpected places, from snowfall in the Arctic to the sea ice in the Antarctic. That tiny fragments also exist in the soil is perhaps not so surprising, but researchers have now conducted one of the first studies on what this means for plant life, finding that it can reduce the total biomass of the finished product.

The study was carried out by an international team of researchers from the University of Massachusetts Amherst and Shandong University in China, who set out to investigate how plastic pollution could be infiltrating the Earth’s soil and plant life, with a particular focus on agricultural settings.

While a plastic bag or soda bottle may make its way into the ocean or environment as a complete piece of trash, the weather and other corrosive forces can quickly break it down into smaller fragments that are difficult to track.

These microplastics measuring less than 5 mm (0.2 in) in size are a huge focal point for researchers of ocean plastics, but the authors of the new study turned their attention to even tinier fragments measuring less than 100 nanometers, described as nanoplastics. Along with changes to the physical size of these plastic pieces, the degradation process can also alter their chemical properties and even equip them with a surface charge.

“This is why we synthesized polystyrene nanoplastics with either positive or negative surface charges for use in our experiments,” says Baoshan Xing from the University of Massachusetts Amherst.

With these nanoplastic samples in hand, the team set up experiments where Arabidopsis thaliana, a small flowering plant, was used as a model. These plants were made to grow in soil with a variety of nanoparticles featuring different types of surface charges, with the team then observing how the different conditions impacted their weight, height, root growth, chlorophyll content and overall health over a period of seven weeks.

“Nanoplastics reduced the total biomass of model plants,” says Xing. “They were smaller and the roots were much shorter. If you reduce the biomass, it’s not good for the plant, yield is down and the nutritional value of crops may be compromised. We found that the positively charged particles were not taken up so much, but they are more harmful to the plant. We don’t know exactly why, but it’s likely that the positively charged nanoplastics interact more with water, nutrients and roots, and triggered different sets of gene expressions. That needs to be explored further in crop plants in the environment. Until then, we don’t know how it may affect crop yield and food crop safety.”

In another round of experiments, the team subjected seedlings to the microplastic-rich soil environment as a way of studying the effects on root sensitivity and found that after 10 days, the growth of the seedlings was again stunted compared to a control group.

“Our experiments have given us evidence of nanoplastics uptake and accumulation in plants in the laboratory at the tissue and molecular level using microscopic, molecular and genetic approaches. We have demonstrated this from root to shoot.”

The research was published in the journal Nature Nanotechnology.

Nick Lavars
Nick has been writing and editing at New Atlas for over six years, where he has covered everything from distant space probes to self-driving cars to oddball animal science. He previously spent time at The Conversation, Mashable and The Santiago Times, earning a Masters degree in communications from Melbourne’s RMIT University along the way.
–
–
(For the source of this, and many other equally important articles, please visit: https://newatlas.com/environment/study-nanoplastics-plants-stunt-growth/)