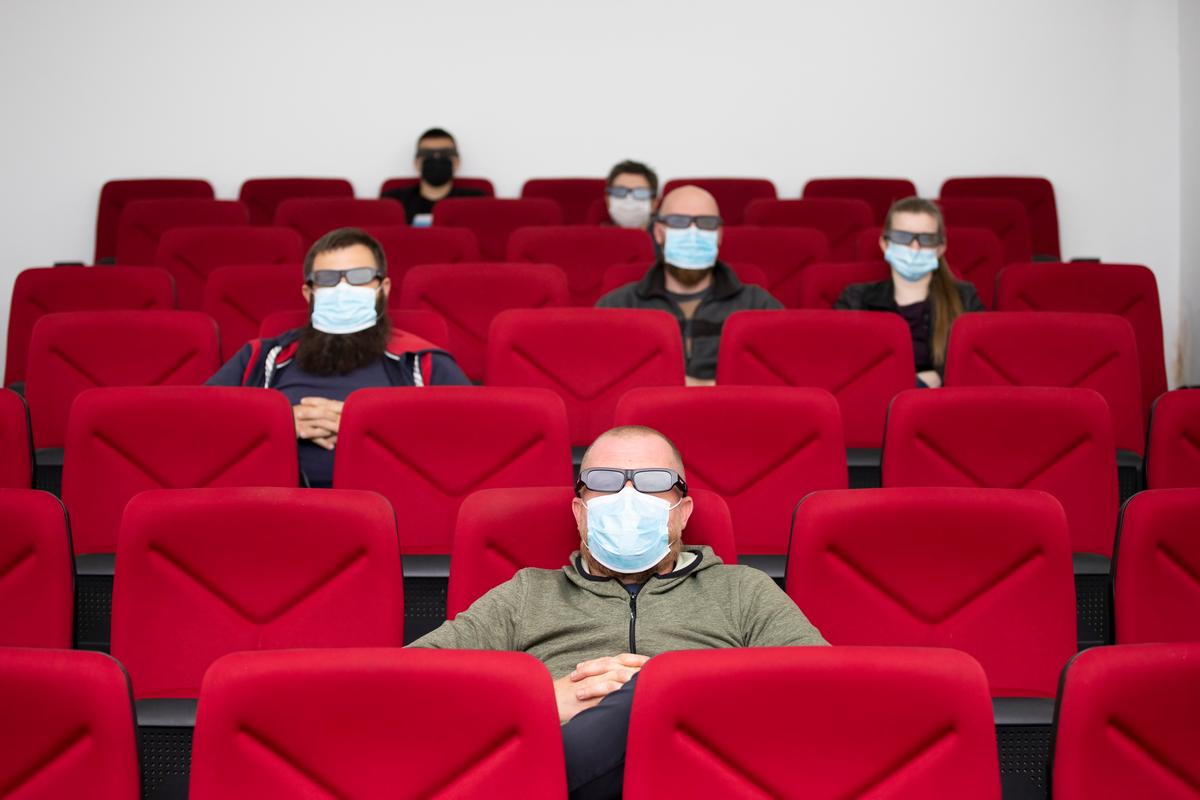 A group of scientists recommend three measures to reduce the risk of airborne transmission of the novel coronavirus in enclosed public spaces.  erika8213/Depositphotos

By Rich Haridy
2020 Jul 06
–
A new commentary published in the journal Clinical Infectious Diseases, and co-signed by 239 scientists from around the world, is calling for international health authorities to recognize COVID-19 can be spread by airborne transmission. Based on growing cluster case study data, the scientists call for greater mitigation measures to control indoor airborne spread of the virus.

Ever since the pandemic kicked off in early 2020, scientists have been debating whether SARS-CoV-2, the virus responsible for COVID-19, can be transmitted through the air. The question hinged on a technical distinction between larger respiratory droplets, which are too heavy to remain suspended in the air, and smaller particles called aerosols, which can stay airborne and travel around a space on air currents.

Good Thinking
Water-filled windows could both heat and cool buildings

Measles is perhaps the most commonly referenced airborne infectious virus. We know it is wildly contagious and particles of the virus particles can be exhaled and remain airborne in an indoor space for up to two hours.

From the beginning of the pandemic it was relatively clear SARS-CoV-2 did not conform to the traditional definition of an airborne virus. So scientists inferred the primary mode of transmission was via respiratory droplets. For example, someone coughs, large droplets are propelled into the air in a radius of maybe six feet, and then the droplets quickly fall to a surface. One could be exposed either by being in the immediate radius of the droplets or by subsequently touching a surface with virus particles on it.

“A technical distinction is typically made between ‘transmission by respiratory droplets’ expelled through coughing or sneezing, relatively heavy – thus reaching relatively short distances – and assumed by WHO and other official bodies to be the main transmission mechanism for SARS-CoV-2 upon contact with them; and ‘airborne transmission’, which involves smaller particles suspended in the air (aerosols),” explains José Vázquez-Boland, an infectious disease expert from the University of Edinburgh.

Although this very binary technical distinction inevitably over-simplifies the spectrum of viral transmission vectors, it has generally been an effective way to classify infectious diseases and guide healthcare protocols. The problem that has arisen over the past few months is that transmission of SARS-CoV-2 seems to sit in the middle of this continuum between droplets and aerosols.

Infectious disease specialist Dan Diekema suggests, at the very least, it is clear we need some kind of middle category to classify the type of transmission we are seeing with this new virus. He labels it Small Particle Aerosol Transmission (SPAT).

“The distinction is important because for most healthcare epidemiologists, using the term ‘airborne’ implies a common set of ‘one-size fits all’ interventions to prevent transmission, interventions that require resource-intensive engineering controls and PPE requirements,” Diekema writes. “It is not at all clear that such interventions are required to prevent transmission of SPAT pathogens. In fact, most evidence (and real world experience) suggests that they are not.”

In a newly published commentary piece, Lidia Morawska from the Queensland University of Technology and Donald Milton from the University of Maryland School of Public Health suggest there is an overwhelming volume of cluster case study evidence to show SARS-CoV-2 can be spread by some form of airborne transmission.

“Studies by the signatories and other scientists have demonstrated beyond any reasonable doubt that viruses are exhaled in microdroplets small enough to remain aloft in the air and pose a risk of exposure beyond 1 to 2 m (3.3 to 6.6 ft) by an infected person,” says Morawska. “For example, a recent study analyzed the data and video records in a restaurant where three separate groups of diners contracted COVID-19, observed no evidence of direct or indirect contact between the three groups, but modeled how the transmission occurred through the air.”

The commentary from the two researchers is co-signed by 239 experts around the world and it recommends three measures to help mitigate airborne transmission. First, it is suggested public indoor spaces provide “sufficient and effective ventilation” and recirculated air should be minimized in spaces such as hospitals, schools and workplaces. In many cases this can be as simple as leaving a door or window open.

The second suggestion is to begin implementing airborne infection controls such as incorporating germicidal UV lights into air filtration systems. Again, the goal here is to reduce the circulation of airborne virus particles.

The final recommendation is a reminder to avoid overcrowding in indoor public spaces. The greatest concern is heightened risk of transmission in enclosed environments such as public transportation, bars or cinemas.

Morawska points out these measures are not designed to replace prior advice regarding hand-washing and social distancing. Instead, the goal of the appeal is for public health authorities to more broadly spread messaging to prevent the potential of airborne transmission.

“Numerous health authorities currently focus on hand-washing, maintaining social distancing, and droplet precautions,” says Morawska. “Hand-washing and social distancing are appropriate, but it is [in our] view, insufficient to provide protection from virus-carrying respiratory microdroplets released into the air by infected people.”

Babak Javid, from Cambridge University, suggests these general recommendations are sensible, despite the precise mode of SARS-CoV-2 transmission remaining unclear. However, Javid does point out how challenging some of these measures may be to implement in the real-world.

“In many countries where air pollution is a major health hazard, even opening windows does have some consequences, and whilst it’s generally easy to ventilate indoor spaces in clement weather, it’s less practical (or costly both economically and environmentally) in extremes of heat and cold,” says Javid. “Does that mean children should not attend schools in winter, since no amount of physical distancing is safe if windows have to be closed? Other suggested measures such as installation of highly efficient filtration systems or germicidal ultra-violet light in all indoor spaces are costly and not easy to implement on a planet-wide basis.”

The new commentary was published in the journal Clinical Infectious Diseases.

–
–
(For the source of this, and many other equally informative and important articles, please visit: https://newatlas.com/health-wellbeing/airborne-transmission-coronavirus-covid19-aerosol-indoor-safety/)