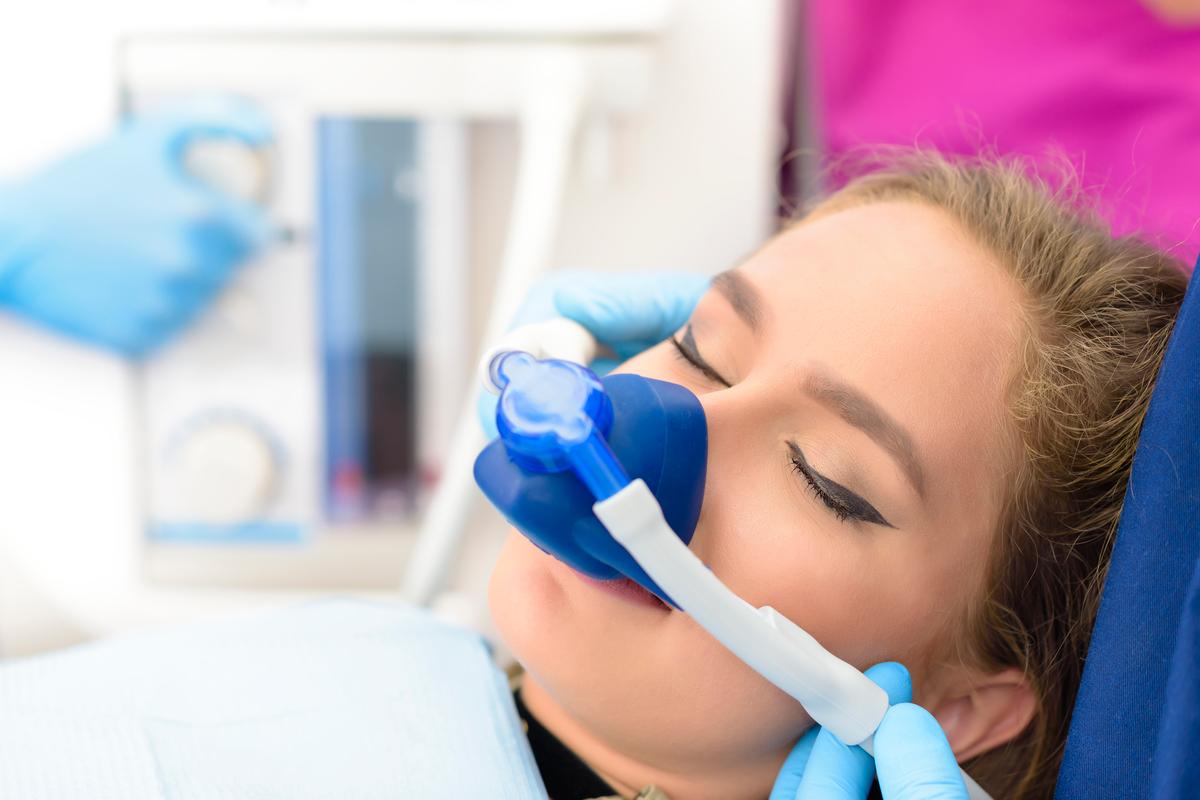 Early clinical trials are only just beginning after a growing body of research has suggested the gas could be effective in treating PTSD, depression and alcoholism. oneblink/Depositphotos
–
By Rich Haridy

First discovered in the late 18th century, nitrous oxide has played an important role in the history of medical anesthesia. Although in recent decades other analgesic innovations have taken its place, nitrous oxide is still frequently used by ambulance units and in dentistry due to its cheap cost and strong safety profile.

In late 2014, Peter Nagale and a team of researchers from the Washington University School of Medicine in St. Louis published a novel study suggesting nitrous oxide could be a potentially effective therapy for treatment-resistant clinical depression. The proof-of-concept trial found nitrous oxide could rapidly improve symptoms of depression, with sustained effects lasting several days following a short single treatment.

The science underpinning the potential rapid anti-depressant quality of nitrous oxide was compared to similar effects seen in ketamine, another old anesthetic recently repurposed for psychiatric uses. Nitrous oxide, like ketamine, blocks a protein receptor in the brain called N-methyl-D-aspartate (NMDA). Considering the growing research into ketamine as a treatment for several mental health disorders, it seemed reasonable to investigate similar therapeutic outcomes for another NMDA antagonist.

Since that 2014 article, a number of compelling studies into the therapeutic effects of nitrous oxide have been conducted, but perhaps the most interesting body of research has investigated how the gas can potentially interfere with the recall of traumatic memories.

A team from University College London (UCL) in 2016 discovered administering nitrous oxide to subjects after they viewed clips from a traumatic film seemed to reduce the frequency of intrusive traumatic memories arising in the following days. The hypothesis raised by the research was that nitrous oxide, administered soon after a traumatic exposure, possibly destabilized the brain’s regular memory consolidation processes. So, essentially, the traumatic memory was not as deeply imprinted as it could have been without the nitrous oxide therapy.

The same UCL team has subsequently moved on to exploring whether this mechanism can be deployed to target older memories that lead to hazardous addiction behaviors. One study looked at whether administering nitrous oxide immediately after activating reward memories of alcohol could disrupt long-term addictive behaviors. Subsequent research has investigated similar outcomes using ketamine.

All of this prior work led Nagale and a team of researchers from the University of Chicago Medicine and the Stanford University School of Medicine to a new study investigating the potential of nitrous oxide in treating military veterans with PTSD. A new report in The Journal of Clinical Psychiatry discusses a series of three case studies that paved the way for a larger clinical trial which is currently underway.

All three subjects completed a one-hour sub-anesthetic inhalation of 50 percent nitrous oxide and 50 percent oxygen. Two out of the three subjects reported significant improvements to their PTSD symptoms in the immediate hours following the treatment. Those improvements were sustained in one of the subjects for at least a week, while symptoms gradually returned over seven days in the other subject.

The effect of the treatment was less apparent in the third subject. Only a small, short-term, self-reported improvement was seen in the hours following the treatment. However, in this third subject, all negative PTSD symptoms had returned within 24 hours.

“Like many other treatments, nitrous oxide appears to be effective for some patients but not for others,” says Nagele. “Often drugs work only on a subset of patients, while others do not respond. It’s our role to determine who may benefit from this treatment, and who won’t.”

A larger Phase 2 clinical trial is now getting underway. The placebo-controlled, blinded trial will primarily investigate the rapid symptom-improving effect of a single nitrous oxide treatment in veterans with severe PTSD.

Nagale suggests the long-term benefits of this treatment are still unclear but the short-term benefits may prove useful in helping subjects suffering from acute symptoms such as suicidal ideation. He notes the treatment may also be helpful in some subjects by reducing PTSD symptoms in the short term, while other treatments such as psychotherapy or medications can take several weeks to completely work.

The new research was published in The Journal of Clinical Psychiatry.

Rich Haridy
With interests in film, new media, and the new wave of psychedelic science, Rich has written for a number of online and print publications over the last decade and was Chair of the Australian Film Critics Association from 2013-2015. Since joining New Atlas Rich’s interests have broadened to encompass the era-defining effects of new technology on culture and life in the 21st century.
–
–
(For the source of this, and many other equally curious articles, please visit: https://newatlas.com/medical/nitrous-oxide-laughing-gas-ptsd-depression-traumatic-memory-study/)
Tweet