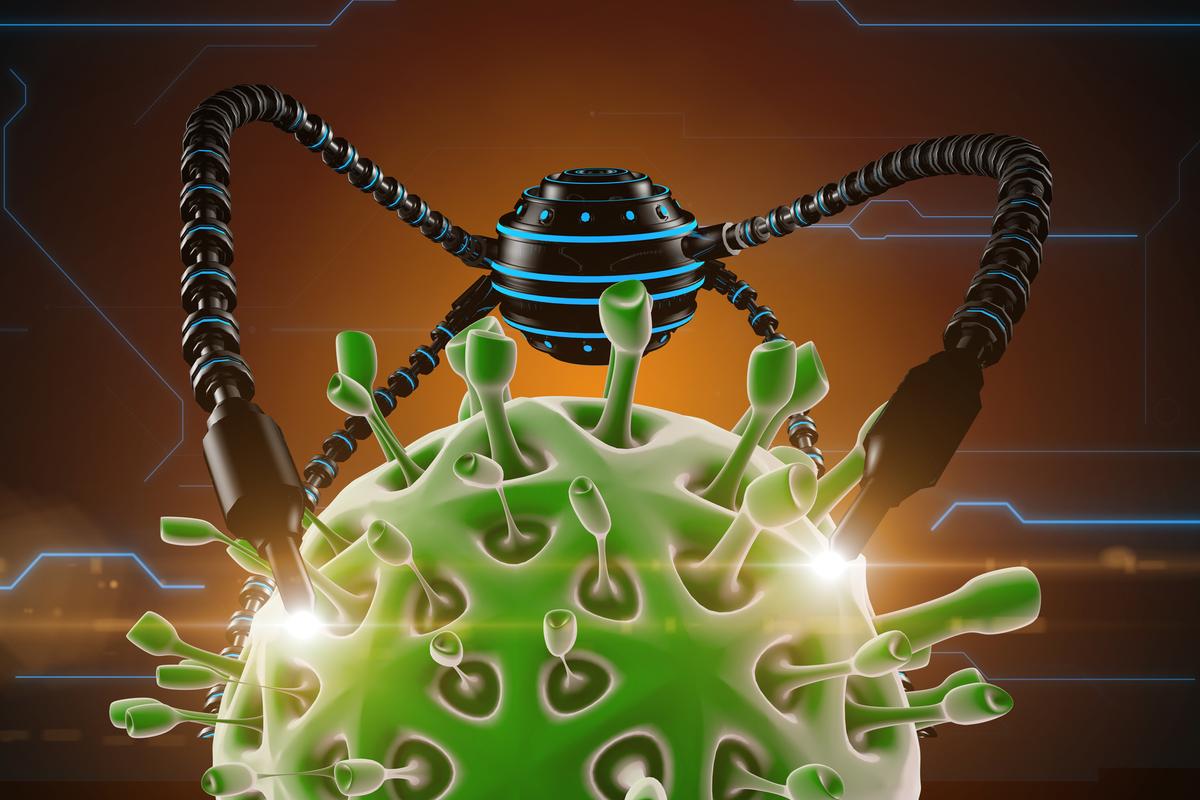 A newly developed nanoparticle offers a new way to target cancer cells.  chagpg/Depositphotos
–
By Nick Lavars
Loading up tiny particles with cancer-killing agents and sending them into the human body has emerged as a highly-targeted form of potential treatment for the disease. A new study out of Pennsylvania State University has offered up another exciting possibility in this area, demonstrating how a newly developed nanoparticle can target specific cancer tissue after being activated by light.

The nanoparticle is the handiwork of biomedical engineers at Penn State, who looked to leverage the natural properties of molecules known as microRNA (miRNA). When these encounter another key molecule called messenger RNA (mRNA), they inhibit the production of essential proteins the cancer cells need to survive.

Environment
Zaps of electricity clean up wastewater from biofuel production

But because this process can play out all over the body in all kinds of tissue, using it as a system-wide approach to taking out cancer introduces some complex problems. So spurring the miRNA into action only at the location of the cancerous cells as a way of selectively killing them off would be a big step forward, as Penn State’s Daniel Hayes, leader of the research, explains.

“miRNA can have vastly different effects in different types of tissue which can lead to unwanted side effects and toxicity,” he says. “Delivering and activating miRNA only at the site of the tumor reduces these side effects and can increase the overall effectiveness of the treatment.”

Hayes and his team approached this by engineering nanoparticles with a specific chemistry that allows miRNA molecules to bind to them. These were then delivered to the site of skin tumors in mice through an IV, and were allowed to build up in the cancerous area. The particles where then subjected to a specific wavelength of light, which saw the miRNA break free of the nanoparticles and go about their protein-blocking business.

The team was able to use this technique to cause skin tumors in a group of around 20 mice to completely regress within 24 to 48 hours, with the therapy also preventing the tumors from regrowing.

“This delivery method gives you temporal and spatial specificity,” says Adam Glick, study author. “Instead of having systemic delivery of a miRNA and the associated side effects, you are able to deliver the miRNA to a specific area of tissue at a specific time by exposing it to light.”

According to the team, the technique is particularly potent because it can attack the cancer cell at multiple points by attaching to different mRNAs. This multi-pronged approach could also help it overcome the issue of the cancer cells becoming resistant to treatment.

“What is different about this as a therapeutic is that the miRNA that we are using can regulate a broad set of genes and is particularly powerful to treat a heterogenous disease such as cancer,” says Liu.

The team sees cancers of the oral cavity, the gastrointestinal system or the skin as the most likely targets for the treatment, as the light needed to activate the nanoparticles is delivered via fiber optic cable. They now hope to continue exploring its potential, with a particular focus on deadly tumors.

“We would like to develop this further for internal tumors that are more significant in terms of mortality, such as esophageal cancer,” Glick says.

The research was published in the journal Biomaterials.

Nick Lavars
Nick has been writing and editing at New Atlas for over six years, where he has covered everything from distant space probes to self-driving cars to oddball animal science. He previously spent time at The Conversation, Mashable and The Santiago Times, earning a Masters degree in communications from Melbourne’s RMIT University along the way.
–
–
(For the source of this, and many other equally interesting articles, please visit: https://newatlas.com/medical/nanoparticles-cancer-cells-proteins-light/)