Home
News
&
WEIRD ANTHROPOLOGY
&
WEIRD FACTS
Why Does Cilantro Taste Like Soap To Some People? 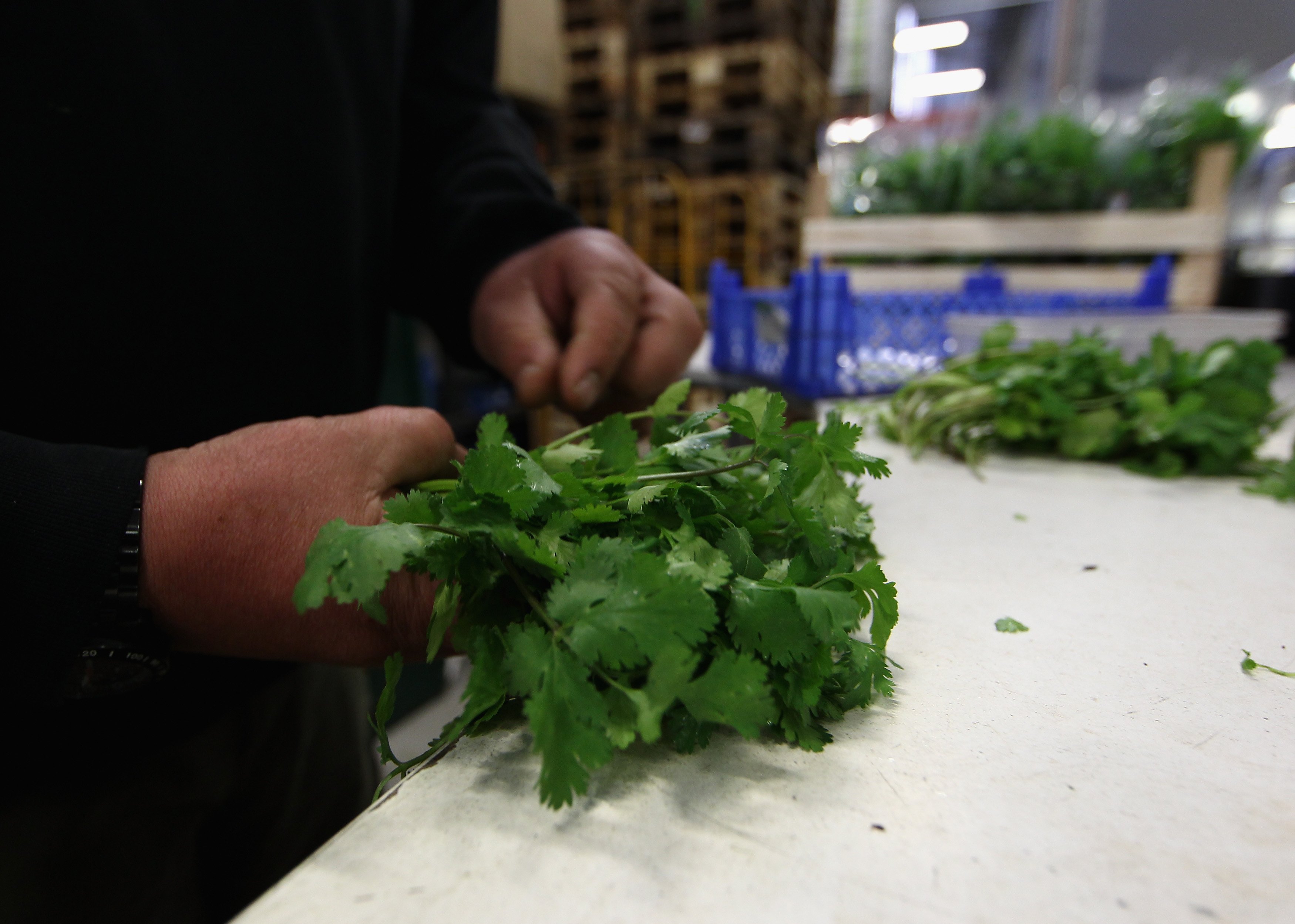 Photo by Andreas Rentz/Getty Images
– By Sophie Harrington, Mental Floss
–
Surprisingly controversial, cilantro (or coriander, as it’s known in other parts of the world) has sparked a level of vitriol unheard of amongst other herbs. From the online community at IHateCilantro.com to the “I hate coriander. Worst herb ever” Facebook group, it might be the most polarizing leaf in the culinary world. What is it about cilantro that makes some people describe it as tasting like soapy pennies, moldy shoes, and cat pee, while others rave about its fresh flavor?

Despite being well liked in many other cultures, cilantro has historically been a controversial herb in the western kitchen. It produces a specific subset of aldehydes, organic compounds that can provide highly pungent odors when highly expressed. It’s these aldehydes that are most likely responsible for the soapy taste and smell many people associate with cilantro. Yet these aldehydes also provide the fresh, citrusy aroma that others rave about. So why are some people unable to taste the good side of cilantro?

Disliking cilantro isn’t a recent phenomenon. In a 2001 paper, University of Otago anthropologist Helen Leach found that cilantro was treated as an unwanted herb in European cuisine from the 16th century onward, and very often disparaged for its foul taste and smell.

Leach suggests that this dislike may have stemmed from a misleading interpretation of the word’s etymology, itself stemming from the Greek koris, for bug. Sharing a similar shape to bedbugs, the newly unpopular herb may have been associated with their foul smell. This negative association may have been enough to enhance the less palatable flavors in cilantro, leading Victorians to turn their noses up at the herb.

The use of cilantro in many non-western forms of cooking may have fed into long-standing European stereotypes. By associating cilantro with unclean, fetid bedbugs, many forms of non-western cuisine were tarred in association. It was not until after World War II, when it became fashionable to try new cuisines at restaurants and even branch out in the kitchen at home, that cilantro begin to re-enter the western culinary canon.

A study by Lilli Mauer and Ahmed El-Sohemy at the University of Toronto found that while 17 percent of Caucasians disliked the taste of cilantro, only 4 percent of Hispanics and 3 percent of people of Middle Eastern descent disliked the herb. Mexican cuisine, for example, is known to make full use of the herb and it’s a staple spice in many Middle Eastern and South Asian cuisines, too. These groups similarly appear to be those least likely to dislike it. Perhaps growing up eating cilantro is enough to gain immunity to its less palatable aromas and tastes.

This might seem like vindication to those who suggest a dislike of cilantro is just being fussy, but more recent studies have found specific genetic differences associated with the taste. A study by the personal genomics company 23andMe identified a small DNA variation in a cluster of olfactory receptor genes that is strongly associated with the perception of a “soapy” taste in cilantro. This may be traced to the OR6A2 gene, an olfactory receptor able to bind many of the aldehydes implicated in the herb’s very particular smell. Perhaps those with a specific variation in the gene are particularly sensitive to its soapiness.

Studies on twins have also bolstered the suggestion that cilantro preference has a genetic component. Preliminary research by Charles Wysocki at the Monell Chemical Senses Center suggests that while 80 percent of identical twins share similar taste profiles for cilantro, only 42 percent of fraternal twins do. If the genetic component does play a significant role, it may be that certain cultures are predisposed to use cilantro in the cooking because they’re genetically predisposed to like it, rather than the other way around.

That’s some good news for cilantro-phobes at least, since no one can blame you for your genes. Still, it doesn’t make the horror of accidentally getting a bite of the green stuff any more bearable for them.