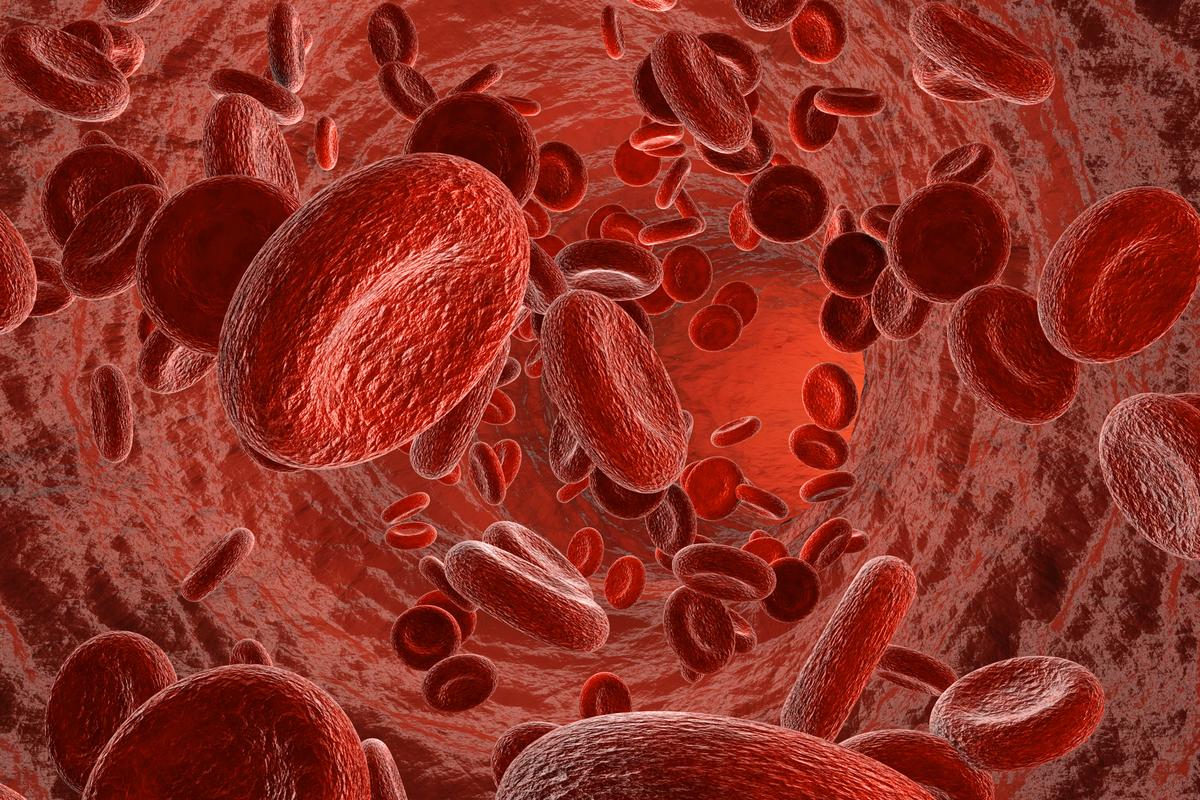 Harvard researchers have developed HAPPI, a material that can stop injured patients bleeding out.  beawolf/Depositphotos
–
By Michael Irving

Blood loss from traumatic injuries is a major killer, but it’s relatively easy to treat in a hospital environment. The problem is that it can occur suddenly, and first responders don’t have the same tools that emergency rooms do. Now, Harvard scientists have developed a new blood-clotting material that’s portable and easy to store, potentially helping people survive long enough to reach a hospital.

In the body, platelets are specialized cells that circulate through the bloodstream, keeping a vigilant watch for damage that can cause bleeding. When they find one they activate, rushing to the injury site and triggering a blood clot. It’s an important biological process that keeps us from bleeding to death from every little cut and scrape.

But of course there’s a limit to how effective the natural process can be for more serious injuries. In a hospital setting, doctors can administer clotting agents, including donated platelets, to help the process along. Unfortunately, these kinds of treatments need to be refrigerated and even then don’t last long, so they can’t be taken out to the field where people need them most.

“Our goal was to give first responders a tool to stop internal bleeding that could be easily carried in a backpack or stored in an ambulance and, once injected intravenously in hemorrhagic patients, stop internal bleeding for a period long enough to get the patient to a hospital,” says Samir Mitragotri, senior author of the study.

The Harvard team’s solution is a clotting agent that can be injected into the bloodstream. Importantly it can be freeze dried, giving it the consistency of cotton candy and the ability to be stored at room temperature for a few months at a time. And when it’s needed, it can be combined with saline, ready for injection.

In tests on mice, the team found that HAPPI was able to reduce bleeding time by 99 percent, and blood loss by 97 percent. For traumatic injuries, the material was able to boost the median survival rate higher than one hour, which could be enough for paramedics to transport injured patients to hospital for further care.

“A lot of trauma-related deaths happen within the first hour when blood loss is happening profusely and there is no intervention,” says Yongsheng Gao, a postdoctoral research associate at SEAS and the co-first author of the paper. “A key objective for first responders is to keep trauma patients alive during this so-called golden hour and in that time bring them to a hospital because once they get to the hospital, it’s a different game altogether.”

The team says that the next steps are to scale up production of the materials used to make HAPPI, and test it in larger animals.

Other similar blood clotting agents are also in the works, including one made of snake venom that can be injected into the site of a wound, and another that binds to fibrin to strengthen clots in a similar way that HAPPI binds to platelets.

Michael Irving
Michael has always been fascinated by space, technology, dinosaurs, and the weirder mysteries of the universe. With a Bachelor of Arts in Professional Writing and several years experience under his belt, he joined New Atlas as a staff writer in 2016.
–
–
(For the source of this, and many other equally important articles, please visit: https://newatlas.com/medical/harvard-clotting-agent-slows-bleeding/)
Tweet