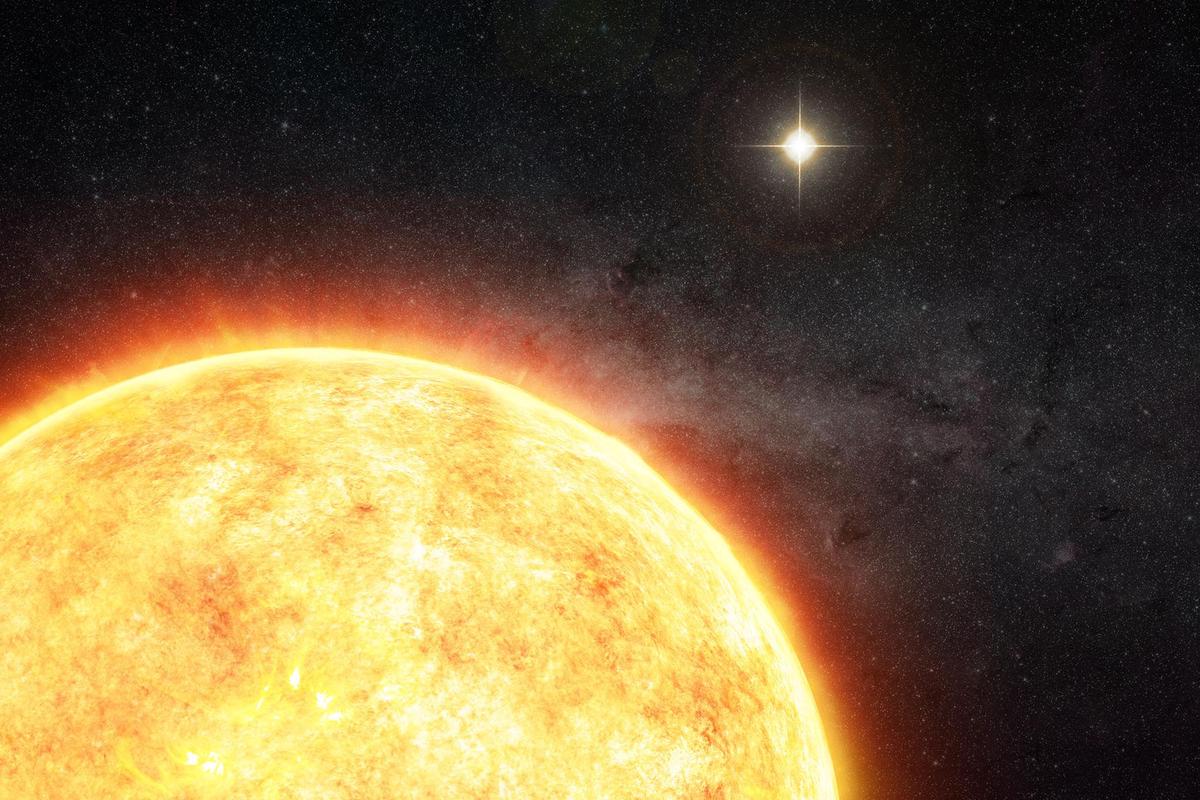 The Sun may once have had a twin that was later lost.  M. Weiss

While the Sun is very clearly a solo act nowadays, some astronomers theorize that it once had a binary companion star. Now, Harvard scientists have added weight to the idea by showing that an ancient binary solar system explains the strange structure of the Oort cloud, and possibly the hypothetical Planet Nine. Best of all, the team outlines how we could check.

The Sun was born about 4.6 billion years ago in a gigantic cloud of dust and gas. But it almost certainly wasn’t alone – if other stellar nurseries are anything to go by, then countless other baby stars would have formed around the same time. Most of them would have drifted away soon after, spreading through the galaxy.

But some scientists believe there’s evidence that the Sun had a twin long after it left the nest. Previous work has shown that many Sun-like stars are born with companions, forming binary pairs. Over a few million years or so, most drift apart to form single-star systems, while others move closer and become tighter-knit binaries. If the Sun was once half of a binary pair, it would obviously belong to the first group.

It’s an interesting story, but what evidence is there to support it? In the new study, the Harvard researchers suggest that the smoking gun may lie on the outskirts of the solar system.

The Oort cloud is a huge ball of icy objects that surrounds the solar system at an estimated distance of between 2,000 and 100,000 Astronomical Units (AU) from the Sun. For reference, the Earth is 1 AU from the Sun, and even Pluto usually orbits at a distance of only 40 AU.

Exactly how such a cloud of objects formed so far away remains a mystery. Current thinking goes that they’re leftover crumbs from the formation of the solar system’s planets and moons, much like the asteroid belt. But that story has a few holes in it.

Instead, the team’s new hypothesis posits that Oort cloud objects were more likely passersby that were captured by the gravity of two Suns.

“Previous models have had difficulty producing the expected ratio between scattered disk objects and outer Oort cloud objects,” says Amir Siraj, co-author of the study. “The binary capture model offers significant improvement and refinement, which is seemingly obvious in retrospect: most Sun-like stars are born with binary companions.”

Interestingly, the new model also has implications for Planet Nine, a hypothetical world thought to be lurking in the dark on the fringes of the solar system. According to the team, the gravity of binary stars would have captured an abundance of dwarf planets, including potentially a larger one like Planet Nine.

That gives astronomers a way to test the theory. Our catalog of distant dwarf planets is regularly growing with the addition of strange worlds like Farout and the Goblin, and more observations could help confirm the idea. And the Vera Rubin Observatory (VRO), due to start the hunt in early 2021, could be a good start.

“If the VRO verifies the existence of Planet Nine, and a captured origin, and also finds a population of similarly captured dwarf planets, then the binary model will be favored over the lone stellar history that has been long-assumed,” says Siraj.

So where is this second Sun now? The team says that it was most likely jostled away by the gravity of other stars in the birth cluster.

“Before the loss of the binary, however, the solar system already would have captured its outer envelope of objects, namely the Oort cloud and the Planet Nine population.” says Siraj. “The sun’s long-lost companion could now be anywhere in the Milky Way.”

The research was published in The Astrophysical Journal Letters.

Michael Irving
Michael has always been fascinated by space, technology, dinosaurs, and the weirder mysteries of the universe. With a Bachelor of Arts in Professional Writing and several years experience under his belt, he joined New Atlas as a staff writer in 2016.
–
–
(For the source of this, and many other equally interesting articles, please visit: https://newatlas.com/space/sun-binary-star-long-lost-twin-planet9-oort-cloud/)
Tweet