Home
Just Plain WEIRD #2
&
News
&
WEIRD FACTS
&
WEIRD SCIENCE
The Blob, and other effects of climate change that we aren’t talking about 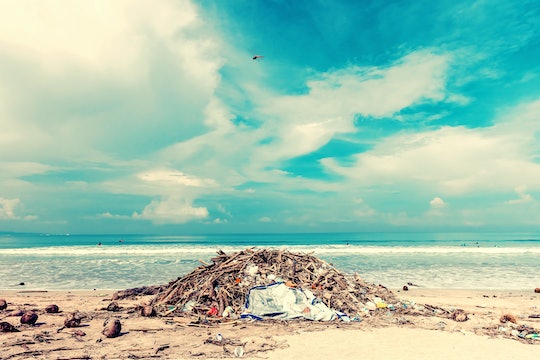 The Intergovernmental Panel on Climate Change (IPCC) recently released their special report on climate change, oceans, the cryosphere, and the world’s water systems, the Special Report on the Ocean and Cryosphere in a Changing Climate. People are talking about catastrophic things: melting glaciers, dying marine life, and widespread flooding.While the current conversation revolves around these crucial issues, climate change is also affecting our oceans, glaciers and snowcaps in ways that aren’t always talked about. Here are just a few to keep in mind:

Snowpack and wildfires can fuel each other in a vicious cycle. Climate warming causes snow to fall later each year and melt earlier in the spring. In Douglas fir and pine forests, an earlier snowmelt leads to drier and more flammable vegetation before wildfire season, leading wildfires to cover more ground. Areas affected by wildfires are less shaded from the sun, and bits of ash left behind from the fires absorb more heat from the sun, melting snowpack even faster when it re-accumulates. Some researchers have estimated that this cycle will impact over 11% of western forests.

Climate scientists predict that Tuvalu, an archipelago of nine islands in the Pacific approximately halfway between Australia and Hawaii, will become uninhabitable by 2100. Already, sea-level rise and coastal erosion have put two of its nine islands at risk of going underwater. While Tuvalu is an oft-cited case study, there are coastal cities around the world and close to home that face similar risks, including Jakarta, Venice and New Orleans, among many others. In 2018, the Union of Concerned Scientists predicted that over 1 million Florida homes will be at risk due to sea-level rise by 2100.

Sea-level rise isn’t just causing chronic inundation — natural disasters like hurricanes are being made even more destructive. New York City, which weathered Hurricane Sandy in 2012, was still rebuilding five years after the storm. Sea-level rise caused an estimated $2 billion in extra damage, and 20 centimeters of Sandy’s 2.8-meter storm surge can be attributed to the rising tide.

The “Blob” is back

From 2014 to 2016, an underwater heat wave termed the “Blob” swept through the West Coast of the US, scrambling marine ecosystems and bleaching the coral in Hawaii’s reefs. A new heat wave has now formed in the same area, stretching from Alaska to California. Right now, it is the second-largest marine heat wave in the northern Pacific in the last 40 years and has already caused more coral bleaching and possibly stranded marine mammals along the California coast.

A tiny violin for those who’ve gotten this far in the article and are still thinking, “But how does climate change affect me?”

Between 1982 and 2016, the snow season shrunk by 34 days on average across the continental US.

Those heartless individuals might be saddened to know that the winter sports industry — a tourism industry valued at $20 billion in the US — is seeing its season shrink. Between 1982 and 2016, the snow season shrunk by 34 days on average across the continental US. If you thought artificial snow-making might fill in the gaps, the process works best at 28ºF or lower under typical humidity. Of course, the decline in snow-supporting conditions doesn’t just hurt the Bilderberg crowd, it also damages ski town economies and local businesses.

Faraway cities are sending their heat to the Arctic’s ecosystem

How should we live in the era of climate change?

Climate change is heartbreaking. We can turn that pain towards action

We can talk about climate change with stories of kindness, fairytales, and hope

Teenage activists are leading the fight against climate change

Climate change is causing floods all over the world. Here’s what you can do to help

These corals love the warming oceans

Climate is getting more extreme in every possible way

After Hurricane Florence, North Carolina’s water quality will go down the toilet

–
–
(For the source of this, and many other equally important articles, please visit: https://massivesci.com/articles/climate-change-ipcc-report-water-hurricanes-marine-heatwaves/)