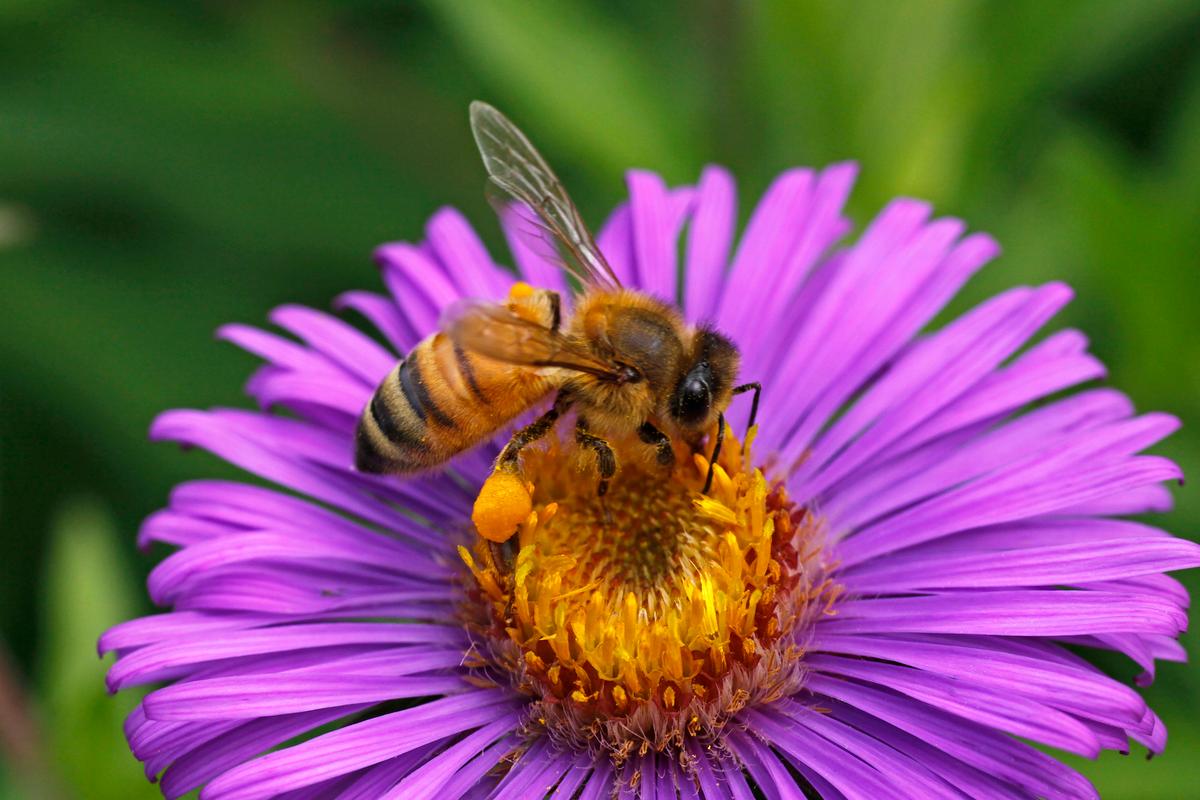 Scientists have found a potential new weapon against breast cancer in the venom of honeybees.  Nowhereman/Depositphotos
–
By Nick Lavars

The research was conducted at Australia’s Harry Perkins Institute of Medical Research, where scientist Ciara Duffy has spent the last few years investigating the therapeutic potential of honeybee venom.

Science
“Fitbit for lobsters” could reduce pressure on wild stocks

We’ve previously seen how certain peptides and proteins in bee venom could be used to ferry drugs across the blood brain barrier and even build sensors for explosives, but Duffy’s research focuses on how it might be used to treat various breast cancers. Her work focuses on an active compound in honeybee venom called melittin, and how it can induce cell death in different clinical subtypes of breast cancer.

The team found that a certain concentration of honeybee venom could be used to induce death in 100 percent of the cancer cells, while leaving healthy cells largely unharmed. Melittin, meanwhile, was found to “completely destroy cancer cell membranes within 60 minutes,” according to Duffy.

“We found both honeybee venom and melittin significantly, selectively and rapidly reduced the viability of triple-negative breast cancer and HER2-enriched breast cancer cells,” she says. “The venom was extremely potent.”

The scientists made some interesting observations around how melittin works. Within 20 minutes, the team found, the compound acts to block some of the key signaling pathways used by the cancer cells to grow and reproduce. This ability of melittin to shut down these key chemical messages by suppressing the activity of certain receptors was a key finding of the study, and one that has the team enthusiastic about where the research could lead.

“This is an incredibly exciting observation that melittin, a major component of honeybee venom, can suppress the growth of deadly breast cancer cells, particularly triple-negative breast cancer,” says Western Australia’s Chief Scientist Professor Peter Klinken. “Significantly, this study demonstrates how melittin interferes with signaling pathways within breast cancer cells to reduce cell replication. It provides another wonderful example of where compounds in nature can be used to treat human diseases.”

Promisingly, the team also produced synthetic forms of melitten and tested it against the cancer cells, finding that it mirrored the majority of the anti-cancer properties of the natural version. One of its functions is the puncturing of breast cancer cell membranes, so the scientists investigated whether it could be used in combination with existing cancer therapies like chemotherapy drugs, potentially allowing them easier access to the cancer cells.

“We found that melittin can be used with small molecules or chemotherapies, such as docetaxel, to treat highly-aggressive types of breast cancer,” says Duffy. “The combination of melittin and docetaxel was extremely efficient in reducing tumor growth in mice.”

While hugely promising, it is very early days for the research. From here, the team hopes to carry out further studies exploring the best ways of delivering melittin, along with the potential for toxic side effects and what might constitute a safe dose.

The research was published in the journal Nature Precision Oncology.

Nick Lavars
Nick has been writing and editing at New Atlas for over six years, where he has covered everything from distant space probes to self-driving cars to oddball animal science. He previously spent time at The Conversation, Mashable and The Santiago Times, earning a Masters degree in communications from Melbourne’s RMIT University along the way.
–
–
(For the source of this, and many other equally important articles, please visit: https://newatlas.com/medical/study-honeybee-venom-breast-cancer-cells/)