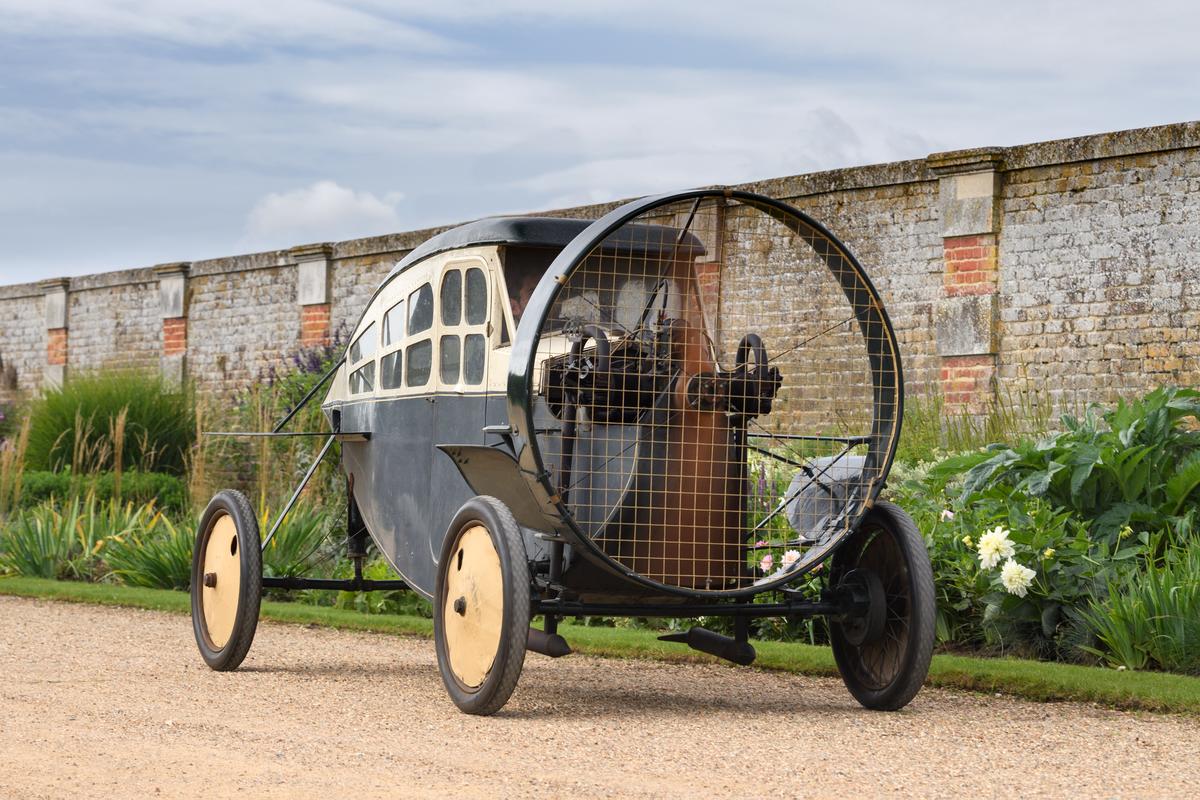 This is a 1921 Leyat Helica, one of 30 that Frenchman Marcel Leyat ever built, and of those only 23 reportedly ever sold. Leyat was a biplane designer before World War 1 broke out, but turned his hand to automobile designs, feeling that the aviation world had a thing or two to teach car designers.

Marine
Concept mega-yacht would let owner swan around in luxury

First off, he saw early car designs as far too heavy and aerodynamically inefficient, problems that the aviation world had been working hard to solve. Secondly, he felt that driven wheels were another power-sapping exercise in needless complexity, requiring transmissions and clutches and drive shafts and differentials and all sorts of other bits and pieces.

Aircraft, on the other hand, were designed to be aerodynamic and lightweight from the get go, and a propeller could mount more or less directly to the engine’s crankshaft. So why not a wingless airplane for the road? These were early days for the automotive industry, and all sorts of different technologies were being thrown at the wall to see which would stick and which would slide.

Horsepower was a fairly scarce resource back in 1913 when Leyat built his first Helica, which used an 18-horsepower, 1,000cc Harley-Davidson v-twin engine in a lightweight plywood body that weighed just 550 lb (250 kg). His goal was to extract motion from that power in the most efficient way possible. In that respect, he did pretty well; a subsequent Helica recorded a top speed of 106 mph (171 km/h) in 1927, a terrifying speed for the time.

In other respects, Leyat’s propeller car, and several other designs not dissimilar to it, were a roundly awful idea from the beginning, because, well, they had great big propellers on the front of them. While this example is wire mesh shielded, that doesn’t appear to have been a feature of the original designs, so errant pedestrians and wayward pigeons alike could end up getting fed through a several thousand-rpm blender, showering driver and passenger with an exuberance of gore.

What’s more, the spinning mass of the wooden prop could turn into a highly energetic constellation of airborne shrapnel in the event of a rear-ender. When it wasn’t exploding in an accident, it was making one more likely by obscuring the driver’s view and blowing wind directly into his face at high speed. And if that weren’t enough, Leyat had also taken an aircraft-inspired approach to the steering, eschewing the complexities of a steering rack for a very simple, cable-operated rear wheel steering system that threw the back end out sideways to turn the car.

The resulting vehicle looks, shall we say, rather exciting to drive, and thanks to the contemporary footage below assembled by Diagonal View, we can get an idea of how it handled. In even a slow-speed u-turn, the inside rear wheel lifts merrily off the ground, its front wheels wobble around like pin-fixed discs on a toy car, and the whole contraption does little to make us think propeller cars were ever the automobiles of the future.

Loz Blain
Loz has been one of our most versatile contributors since 2007. Joining the New Atlas team as a motorcycle specialist, he has since covered everything from medical technology to aeronautics, music gear and historical artefacts. Since 2010 he’s branched out into photography, video and audio production.
–