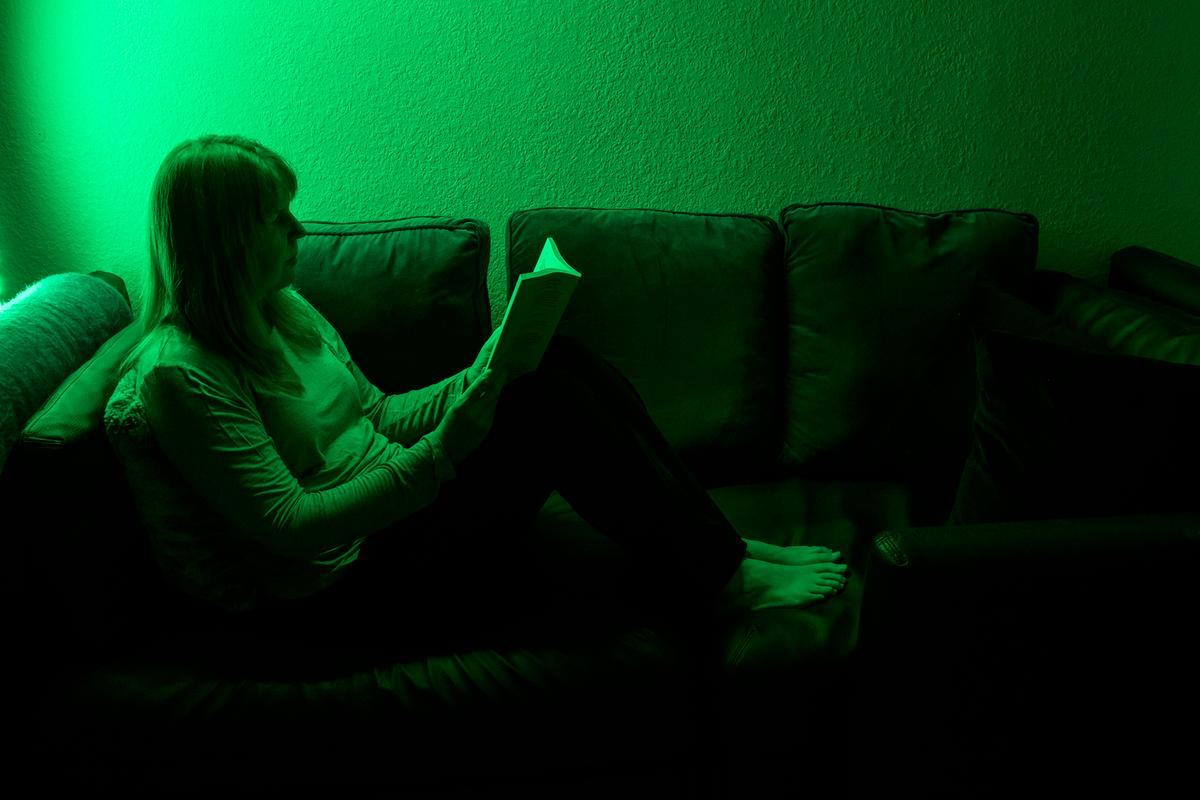 Migraine-suffering test subjects were exposed to green light for one to two hours a day, over a 10-week period. Kris Hanning/The University of Arizona Health Sciences
–
By Ben Coxworth

Three years ago, scientists from the University of Arizona reported that exposure to green light appeared to reduce neuropathic pain in rats. Now, the researchers believe that such light could also be used to treat migraine headaches in humans.

Led by Dr. Mohab Ibrahim, a U Arizona team started with a group of 29 migraine sufferers, all of whom had previously not responded to traditional migraine treatments.

For an initial 10-week period, all of the test subjects were exposed to white light for one to two hours a day. After a two-week break, they were then all exposed to green light on a daily basis, for another 10 weeks. Throughout the entire testing period, they regularly completed questionnaires regarding the frequency and intensity of their headaches. They also rated how much the headaches affected their ability to perform basic activities.

When the data was crunched, it was found that exposure to the green light reduced the average number of headache days per month by about 60 percent. What’s more, when headaches did occur, they were 60 percent less painful, plus they didn’t last as long, and they had less of an adverse effect on the participants’ ability to fall and stay asleep, exercise, perform chores, and work at their jobs.

Before you run out and buy a green light bulb, though, it should be noted that the green light used in the study was of a specific intensity and frequency, and was applied for specific amounts of time via specific methods. Additionally, it’s still not clear exactly how the light lessens migraines.

“These are great findings, but this is where the story begins,” says Ibrahim. “As a scientist, I am really interested in how this works because if I understand the mechanism, then I can utilize it for other conditions. I can use it as a tool to manipulate the biological systems to achieve as much as we can.”

The research is described in a paper that was recently published in the journal Cephalalgia.