In August, Nadzri Harif, a D.J. at Kristal FM radio station in Brunei, set foot in an airport for the first time in six months. The experience, he said, was exhilarating. Sure, moving through Brunei International Airport was different, with masks, glass dividers and social-distancing protocols in place, but nothing could beat the anticipation of getting on a plane again.

Mr. Harif is one of thousands of people in Brunei, Taiwan, Japan and Australia who have started booking flights that start and end in the same place. Some airlines call these “scenic flights”; others are more direct, calling them “flights to nowhere. 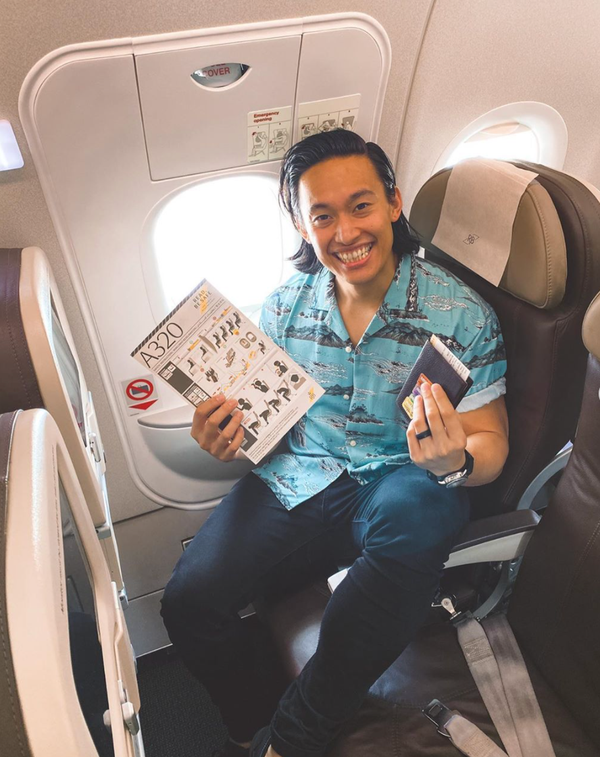 “I didn’t realize how much I’d missed traveling — missed flying — until the moment the captain’s voice came on the speaker with the welcome and safety announcement,” said Nadzri Harif, a passenger on Royal Brunei’s flight to nowhere.  Credit…Nadzri Harif

“I didn’t realize how much I’d missed traveling — missed flying — until the moment the captain’s voice came on the speaker with the welcome and safety announcement,” said Mr. Harif of his 85-minute experience on Royal Brunei Airlines. On its flight to nowhere, which the airline calls the “dine and fly” program, Royal Brunei serves local cuisine to passengers while flying over the country.

At a time when most people are stuck at home and unable to travel, and the global airline industry has been decimated by the pandemic, flights that take off and return to the airport a few hours later allow airlines to keep staff working. The practice also satisfies that itch to travel — even if it’s just being on a plane again. Although most people may think of flying as a means to an end, existing solely to get them from one place to the next, some say that it is an exciting part of the travel experience. For those people, flights to nowhere are the salve for a year in which just about all travel has been canceled and people have been fearful of airlines not enforcing social distancing and mask-wearing rules.

Royal Brunei has run five of these flights since mid-August, and since Brunei has had very few cases of the coronavirus, the airline is not requiring passengers to wear masks, but staff members are. Earlier in the month, the Taiwanese airline EVA Air filled all 309 seats on its Hello Kitty-themed A330 Dream jet for Father’s Day in Taiwan, and Japan’s All Nippon Airways had a Hawaiian-resort-themed, 90-minute-flight with 300 people on board.

On Thursday, Qantas announced a flight to nowhere over Australia. That flight sold out in 10 minutes.

“So many of our frequent fliers are used to being on a plane every other week and have been telling us they miss the experience of flying as much as the destinations themselves,” Alan Joyce, the chief executive of Qantas Airlines, said in a statement this week, when that airline announced its seven-hour flight in October that would depart and land in Sydney.

Tickets for that flight ranged in price from 787 to 3,787 Australian dollars, or about $575 to $2,765. It will take travelers around Australia, flying over the Northern Territory, Queensland and New South Wales. The airline also recently brought back its popular sightseeing flights to Antarctica that don’t actually land in Antarctica, but allow passengers to walk around and have different views of the continent. The tour company Antarctica Flights charters Qantas to operate the flights. Dozens of Australians took to the airline’s Instagram to express a desire for more of these kinds of trips to be added.

A handful of travel agents in India, Australia and the United States said that their clients have been asking about flights to nowhere in the past two months as the reality that travel will not return to normal for some time has sunk in.

Loveleen Arun, a Bangalore-based travel agent who designs luxury trips mostly for Indian travelers, said that she’s been hearing from antsy clients who wish there were such flights in India.

“One of my clients said just a few days ago, ‘all I want is to be in a window seat and see clouds go by. I miss that sight. I just want white fluffy clouds!’” Ms. Arun said. “Some people just want to drag their bags through the airport and go check them in.”

Most of Ms. Arun’s clients are well-to-do individuals and families who would find a trip to nowhere appealing if it was luxurious — something other travelers echoed. 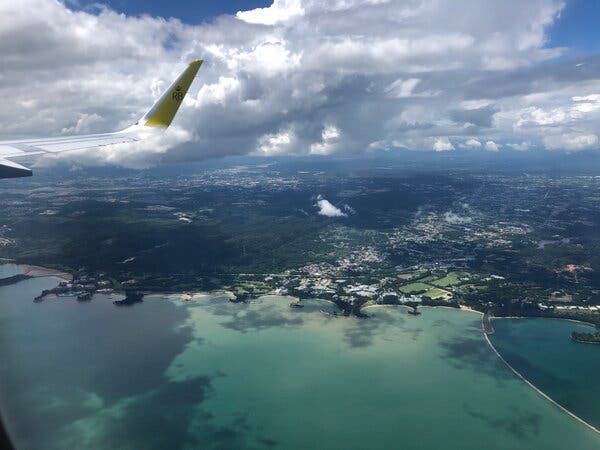 Before the pandemic, Christopher Malby-Tynan, a marketing manager who lives in London, traveled by plane regularly, both for personal and professional reasons. The thought of getting on a flight to nowhere would only be appealing, he said, if it were upscale and did not include the usual hassle of plane travel.

“The concept of going on a flight to nowhere isn’t appetizing if it’s the same rushed cattle-being-thrown-in experience it is when you’re going on a trip,” Mr. Malby-Tynan said. “If it changed and felt like you were going on a spa date or checking into a luxurious hotel, and you were allowed to stretch out, then it would make sense.”

When Nadiah Hamid’s parents forced her to join them on Royal Brunei’s flight to nowhere, she thought the idea of flying above her home was “ridiculous,” she said, but she had a change of heart just a few minutes into the trip because it allowed her to see her home in a new way.

“Normally when you’re flying you don’t really know where you are, so it was nice to have someone contextualize things in our country and in Malaysia, and the views were really beautiful,” Ms. Hamid, 22, said.

Katie Chao, a spokeswoman for the Taiwanese airline Starlux, said that the airline has been working to make the flight-to-nowhere experience a luxurious one by allowing people to buy packages for the flight and a hotel stay.

Since August, the airline has run six flights to nowhere and has about a dozen more scheduled through October. Most of the flights have sold out within 10 minutes of being announced, Ms. Chao said, adding that wearing a mask and social distancing are mandatory on all these flights.

“We try to provide a different and fun event at the boarding gate,” Ms. Chao said. “We also arrange some special decorations in-flight. And, of course, a special-made giveaway to go with the theme each time is a must.”

Criticism of these flights has been intense, with environmental groups and travelers taking to social media to express their frustrations. They argue that an industry that had already negatively affected the environment before the pandemic is continuing to do so with these unnecessary trips.

In 2018, global civil aviation accounted for 918 million tons of carbon dioxide — equal to the combined annual emissions from Germany and the Netherlands. Rob Jackson, an earth scientist at Stanford University, estimated that global emissions could fall seven percent if lockdowns persist in parts of the world for the rest of the year.

A spokeswoman for Qantas said in an email that it purchased carbon offsets to alleviate the impact of the seven-hour flight, and Royal Brunei Airlines said it is using an Airbus A320neo, which has fewer emissions than many other planes.

–
–
(For the source of this, and many other equally interesting articles, please visit: https://www.nytimes.com/2020/09/19/travel/airlines-pandemic-flights-to-nowhere.html)