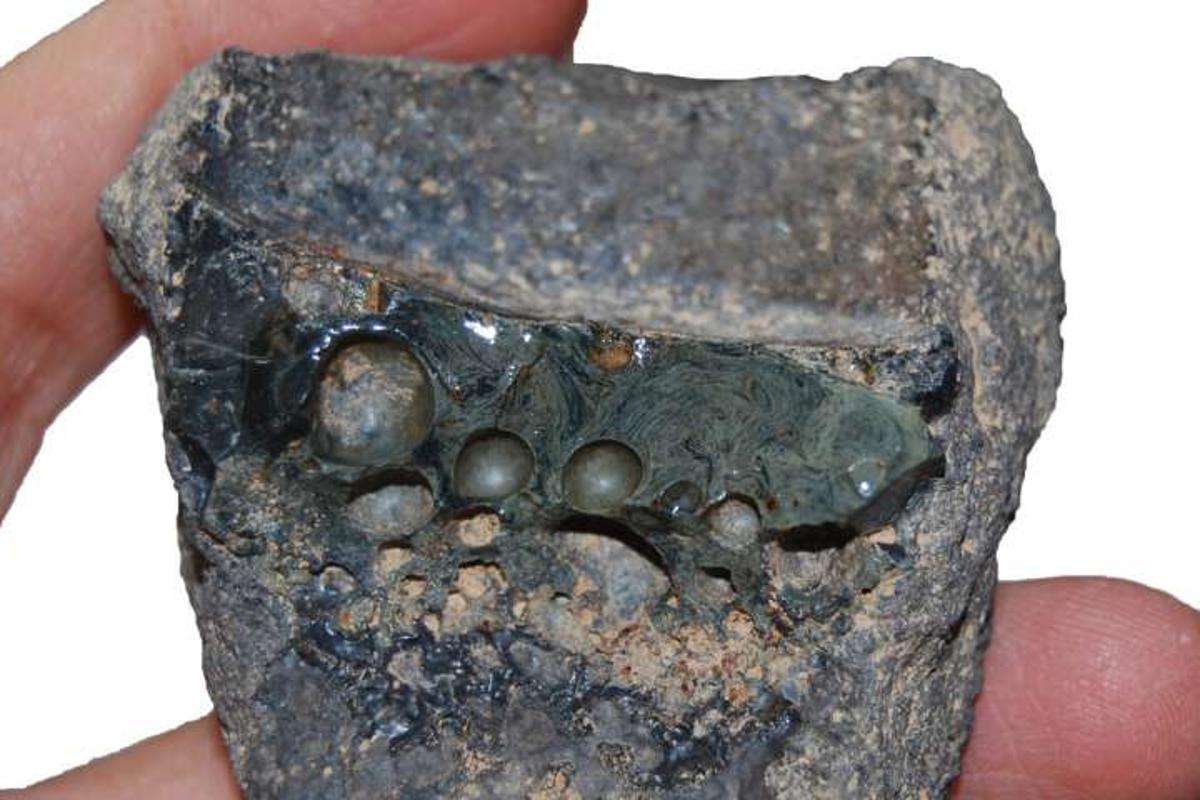 A sample of crucible slag from an 11th century archaeological site in Iran, which was found to contain chromium.  Rahil Alipour, UCL

Chromium is a common addition to alloys to make materials like tool steel or stainless steel, and it’s long been thought to have been invented around the late 19th and early 20th centuries. But now, archaeologists have discovered that the ancient Persians were mixing chromium into their steel as far back as the 11th century – almost a thousand years earlier.

One manuscript in particular grabbed their attention. Titled al-Jamahir fi Marifah al-Jawahir, which translates to “A Compendium to Know the Gems”, the manuscript was written in the 10th or 11th century CE by the polymath Abu-Rayhan Biruni. Crucially, it contained the only known recipe for forging steel in high-temperature crucibles. The problem is, it can be difficult to follow a thousand-year-old recipe.

“The process of identification can be quite long and complicated and this is for several reasons,” says Marcos Martinon-Torres, last author of the study. “Firstly, the language and the terms used to record technological processes or materials may not be used anymore, or their meaning and attribution may be different from those used in the modern science. Additionally, writing was restricted to social elites, rather than the individual that actually carried out the craft, which may have led to errors or omissions in the text.”

One ingredient, referred to as “rusakhtaj,” puzzled the archaeologists. Eventually they identified it as the ore mineral chromite, which can be used to make chromium crucible steel. Importantly, this was backed up by the discovery of traces of chromite and chromium in artifacts from the Chahak site.

Using radiocarbon dating on several pieces of charcoal recovered from crucible and smithing slag from the site, the team dated the practice to between the 11th and 12th centuries. Scanning Electron Microscope imaging revealed traces of chromite, and in the crucible slag, they found steel particles containing between one and two percent chromium by weight.

That’s much less chromium than you’d find in modern stainless steel and tool steel, which can reach 11 to 13 percent, but the fact that it’s in something so old is significant.

“Our research provides the first evidence of the deliberate addition of a chromium mineral within steel production,” says Alipour, lead author of the study. “We believe this was a Persian phenomenon. This research not only delivers the earliest known evidence for the production of chromium steel dating back as early as the 11th century CE, but also provides a chemical tracer that could aid the identification of crucible steel artifacts in museums or archaeological collections back to their origin in Chahak, or the Chahak tradition.”

The team says that manuscripts from the time praised Chahak steel for its intricate patterns, but pointed out that swords made of the material were quite brittle. That’s consistent with its high phosphorus content, according to the study.

The research was published in the Journal of Archaeological Science.

Michael Irving
Michael has always been fascinated by space, technology, dinosaurs, and the weirder mysteries of the universe. With a Bachelor of Arts in Professional Writing and several years experience under his belt, he joined New Atlas as a staff writer in 2016.