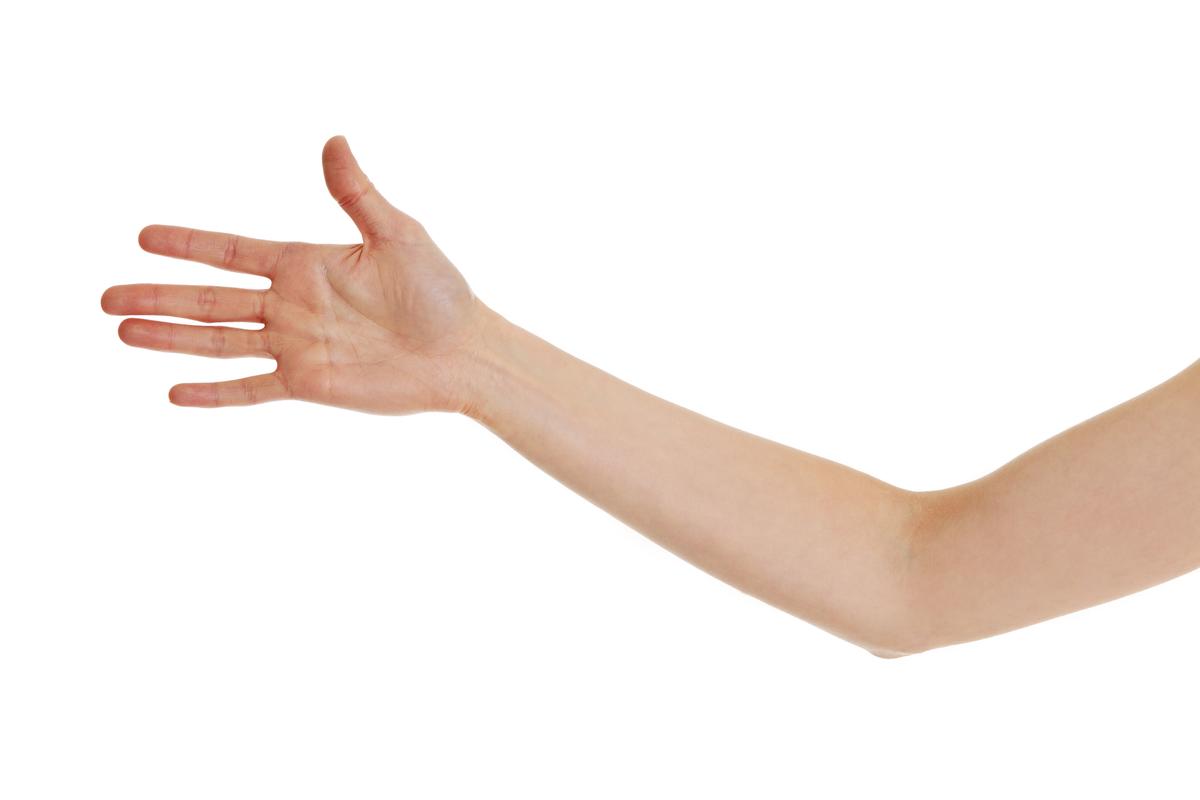 A new study suggests an increasing prevalence of a third forearm artery in humans over the past couple of hundred years.  piotr_marcinski/Depositphotos
–

By Rich Haridy
A human fetus transitions through a number of developmental stages in the womb. Some of these involve ancient traits, such as tails or reptilian muscles, appearing and then disappearing. While others are more temporary embryonic structures that regress once their permanent replacements develop.

The median artery is one of those temporary embryonic structures. It runs down the human forearm but usually begins to regress, or disappear, around the eighth week of gestation as the two primary forearm arteries (the radial and ulnar arteries) begin to develop.

In a small volume of people the median artery does not regress. Persisting after birth, this third forearm artery is always present in a minority of people. But, a new study tracking the prevalence of the median artery in humans over the past 150 years is suggesting more and more people seem to be holding on to this embryonic relic.

“Since the 18th century, anatomists have been studying the prevalence of this artery in adults and our study shows it’s clearly increasing,” says corresponding author on the new study Teghan Lucas, from Flinders University [Adelaide, South Australia]. “The prevalence was around 10 percent in people born in the mid-1880s compared to 30 percent in those born in the late 20th century, so that’s a significant increase in a fairly short period of time, when it comes to evolution.”

To come to this conclusion, the researchers conducted an expansive literature review to establish the prevalence of the median artery in adults at different time periods over the past couple of centuries. The researchers also examined 78 upper limbs from recently deceased subjects.

The study concludes there seems to be an increasing prevalence of the median artery in adults, and it is suggested this is a perfect example of natural selection guiding micro evolution in human beings.

“This is micro evolution in modern humans and the median artery is a perfect example of how we’re still evolving because people born more recently have a higher prevalence of this artery when compared to humans from previous generations,” says co-author Maciej Henneberg.

It’s unclear at this stage exactly what kinds of benefits may be conferred by retaining a functional median artery into adulthood. The additional blood flow could aid hand dexterity, or it could be advantageous in maintaining blood flow following damage to another artery in the forearm.

But, the researchers also hypothesize potential problems from a persistent median artery. Some prior studies have suggested the presence of the median artery can increase one’s chances of developing carpal tunnel syndrome.

“This increase could have resulted from mutations of genes involved in median artery development or health problems in mothers during pregnancy, or both actually,” notes Lucas. “If this trend continues, a majority of people will have median artery of the forearm by 2100.”

The new study was published in the Journal of Anatomy.