Museum in Nantes pulls show after intervention by Beijing, which comes as Communist party hardens discrimination against ethnic Mongols. 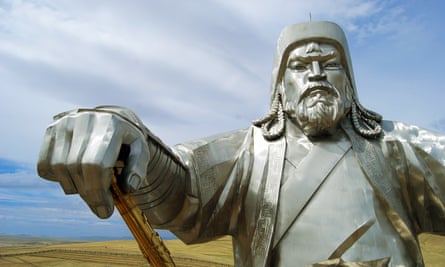 –
A French museum has postponed an exhibit about the Mongol emperor Genghis Khan citing interference by the Chinese government, which it accuses of trying to rewrite history.

The Château des ducs de Bretagne history museum in the western city of Nantes said it was putting the show about the fearsome 13th century leader on hold for over three years.

The museum’s director, Bertrand Guillet, said: “We made the decision to stop this production in the name of the human, scientific and ethical values that we defend.” 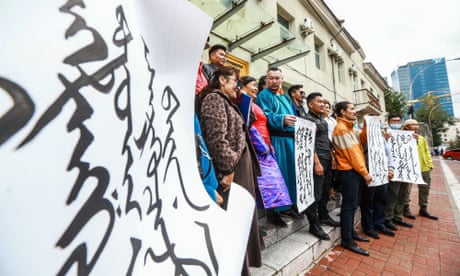 It said the Chinese authorities demanded that certain words, including “Genghis Khan,” “Empire” and “Mongol” be taken out of the show. Subsequently they asked for power over exhibition brochures, legends and maps.

The spat comes as the Chinese government has hardened its discrimination against ethnic Mongols, many of whom live in the northern province of Inner Mongolia.

The exhibit was planned in collaboration with the Inner Mongolia Museum in Hohhot, China. But tensions arose, the Nantes museum said, when the Chinese Bureau of Cultural Heritage pressured the museum for changes to the original plan, “including notably elements of biased rewriting of Mongol culture in favor of a new national narrative”.

The museum branded it “censorship” and said it underlined a “hardening … of the position of the Chinese government against the Mongolian minority”.

The Chinese consulate in Paris did not immediately return calls for comment.

… in the coming weeks, and the results will define the country for a generation. These are perilous times. Over the last four years, much of what the Guardian holds dear has been threatened – democracy, civility, truth.

The country is at a crossroads. The Supreme Court hangs in the balance – and with it, the future of abortion and voting rights, healthcare, climate policy and much more. Science is in a battle with conjecture and instinct to determine policy in the middle of a pandemic. At the same time, the US is reckoning with centuries of racial injustice – as the White House stokes division along racial lines. At a time like this, an independent news organization that fights for truth and holds power to account is not just optional. It is essential.

Like many news organizations, the Guardian has been significantly impacted by the pandemic. We rely to an ever greater extent on our readers, both for the moral force to continue doing journalism at a time like this and for the financial strength to facilitate that reporting.

We believe every one of us deserves equal access to fact-based news and analysis. We’ve decided to keep Guardian journalism free for all readers, regardless of where they live or what they can afford to pay. This is made possible thanks to the support we receive from readers across America in all 50 states.

As our business model comes under even greater pressure, we’d love your help so that we can carry on our essential work. If you can, support the Guardian from as little as $1 – and it only takes a minute. Thank you.