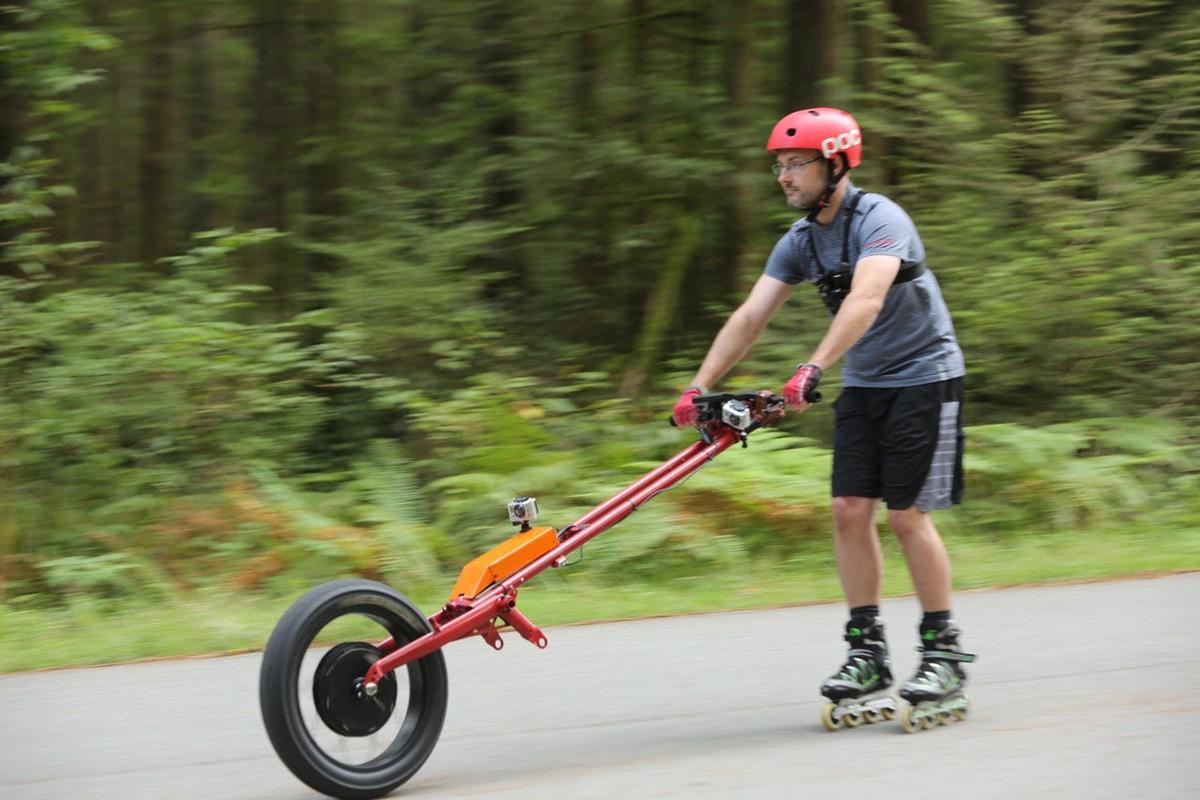 Although there are electric rollerblades and skateboards, sometimes people just want a temporary boost while using their existing non-electric set of wheels. That’s why Veelo was invented.

Created by Canadian entrepreneur Brice Jamieson, Veelo is essentially a long stainless steel frame with a set of extendable handlebars at the back and a powered wheel at the front – it’s sort of like an electric wheelbarrow without the load bed.

The wheel has a 20-inch rim, a 4-inch fat tire, and a brushless hub motor that delivers a top speed of 32 km/h (20 mph). That motor is controlled by a throttle on the handlebars, where there’s also a brake lever and an LED screen that displays data such as speed and battery charge level.

Power is provided by a frame-mounted lithium battery pack, that should reportedly be good for over 32 km per charge. A regenerative braking system helps in that regard.

Other features include front and rear LED lights (including turn indicators), plus a suspension system. An app is additionally in the works, which would augment the LED display while also allowing users to tweak the device’s performance.

Should you be interested, Veelo is currently the subject of a Kickstarter campaign. A pledge of CAD$1,300 (about US$989) will get you one, when and if they reach production.

The Easyglider was a similar contraption, but appears to no longer be in production. It’s also possible to utilize the FlyRad electric unicycle in the same fashion, although it’s short enough that users have to squat while using it.

Veelo can be seen in action, in the video below.

We’ll also be looking at snow testing as soon as our alpha builds are completed (still needing a few components), but for now it’s been unexpectedly fun to develop and test. If all goes well we’ll hopefully get the chance to show off a lot more of what this thing can do in the coming months.