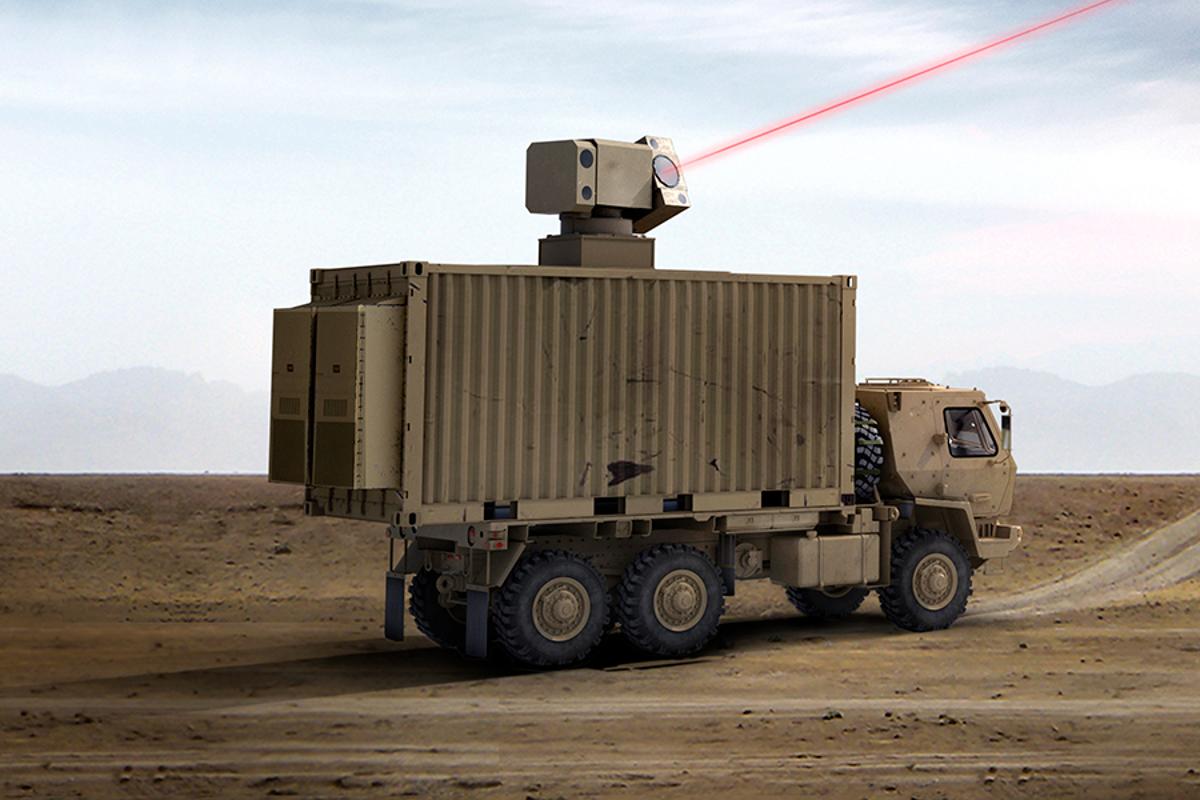 The laser weapon system is designed to be mounted on a variety of platforms. General Atomics
–
By David Szondy

General Atomics Electromagnetic Systems (GA-EMS) and Boeing have entered into a partnership to develop a scalable 100 kW to 250 kW-class High Energy Laser (HEL) weapon system for air and missile defenses.

Laser weapons have been high on the wish lists of major military powers ever since the first laser was invented by Theodore Maiman at the Hughes Research Lab, Malibu, California in 1960. With enough concentrated power to burn through steel, enough range to cover literally astronomical distances, an operating cost of a dollar a shot, and an unlimited number of shots so long as there’s power available, the laser looked like the so-called ultimate weapon – if it could be made practical.

Of the problems that have hampered laser weapon development over the past six decades, one of the biggest is how to properly cool a laser generator. This is important because weapon-grade lasers have an efficiency between 50 and 70 percent, with the leftover percentages being lost as heat that could shut down or damage the device.

For the HEL weapon system, Boeing and GA-EMS plan on pooling their technologies to create a combat-ready system, with GA-EMS to provide its scalable distributed gain laser technology, HELLi-ion battery systems, and integrated thermal management. The last of these is particularly important because it combines the high energy density of a solid-state laser with the cooling system of a liquid laser.

Meanwhile, Boeing will provide its beam director and precision Acquisition, Tracking and Pointing (ATP) software. When combined, the hoped for result will be an HEL laser weapon system with the high-output power, range, adaptability, precision ATP requirements, and reduced logistical footprint that will allow it to be fitted to land, sea, and air-based platforms.

David Szondy
David Szondy is a freelance journalist, playwright, and general scribbler based in Seattle, Washington. A retired field archaeologist and university lecturer, he has a background in the history of science, technology, and medicine with a particular emphasis on aerospace, military, and cybernetic subjects. In addition, he is the author of a number of websites, four award-winning plays, a novel that has thankfully vanished from history, reviews, scholarly works ranging from industrial archaeology to law, and has worked as a feature writer for several international magazines. He has been a New Atlas contributor since 2011.
–