Home
News
&
WEIRD SCIENCE
Twenty years of the International Space Station – but was it worth it?

For two decades, teams of astronauts have made their homes 250 miles above our planet through their uninterrupted occupancy of the International Space Station (ISS). First inhabited by US astronaut Bill Shepherd and Russian cosmonauts Sergei Krikalev and Yuri Gidzenko on 2 November 2000, the ISS has since provided shelter for a steady rotation of crews that has ensured the station has never been left unoccupied.

A total of 240 men and women have set up camp on the 420-ton station as it has swept over Earth at 17,000 mph, making 16 orbits of our world every day. Accommodation on the 109-metre-long station includes six sleeping quarters, two toilets, a gym – and, most popular of all, a European-built set of bay windows, called the Cupola, which provides 360-degree views and allows astronauts to gaze as storms have gathered, and the Sun has risen, over Earth.

Tim Peake, the only official British astronaut to make it to the ISS, was a particular fan of the Cupola, where, he says, he first looked at our planet and realized how fragile it is. “You can see the atmosphere, which is only 16km thick. It is not endless,” he recalled in a BBC interview. “All of the gas that keeps us alive on Earth is trapped in that tiny, tiny layer. You suddenly realize that what we put into that layer is really important.”

More mundane aspects of station life have included guitar serenades by floating astronauts; a piece of culinary history made by Italian astronaut Samantha Cristoforetti, who drank the first espresso made in outer space out of a zero-gravity mug; and dealing with a series of broken toilets – “the part of the station which attracts most curiosity back on Earth, I discovered”, says Peake. And these domestic details are important, scientists insist. “Running the International Space Station has shown us that human beings can make their homes away from their own planet in outer space, which is a truly hostile environment,” said astrobiologist Professor Charles Cockell of Edinburgh University. “That has been a critically important lesson for us.” 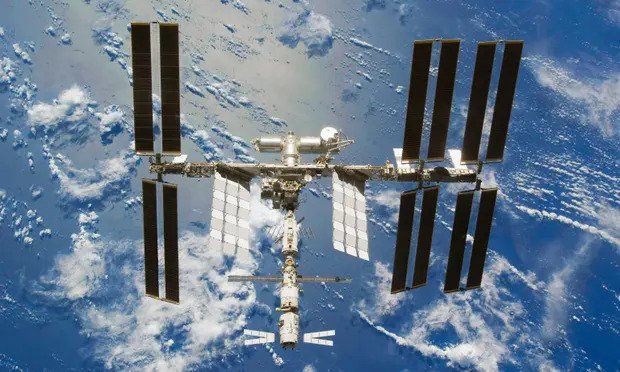 Plans to build a permanent orbiting space station were first drawn up in the 1980s by NASA. However, forecasts of costs indicated these would be alarmingly high – until the collapse of the Soviet Union offered an opportunity to cooperate with Russia. Its space engineers had already gained considerable experience of long-term space missions with their own small orbiting Salyut stations and the much larger Mir station.

“It was also a highly pragmatic move by the United States,” said Professor Anu Ojha, a director of the National Space Centre, Leicester. “America wanted to prevent Soviet space experts from getting snapped up by rogue states as the USSR disintegrated. So it sought to get them involved in a joint space program so that it could keep them at home and give them some degree of input. The ISS was perfect for that.”

In the end, the two nations agreed on a plan for the ISS’s construction, with Canadian and Japanese space agencies also agreeing to join the project, along with the European Space Agency, of which the UK is a key member. Assembly of the station began in 1998 and required more than 30 flights by US space shuttles and 40 by Russian rockets to take components and modules to the station before its completion in 2011. For years, astronauts were preoccupied with constructing the station, and only relatively recently have they been able to concentrate on doing serious science, including running more than 3,000 experiments in collaboration with thousands of scientists on Earth.

The final bill for constructing the ISS came to more than $100bn. The station soaks up $4bn a year in maintenance costs and service flights. Most of this has been paid by the US. The question is: was this vast expenditure worth it?

Planetary science expert Professor Ian Crawford of Birkbeck, University of London, believes it was. “The ISS is a fantastic example of high-profile international cooperation at a time when the world desperately needs examples of activities that can bring people and nations together. And learning how to live and work in space will stand us in good stead as we prepare to return to the Moon and possibly send people to Mars.” 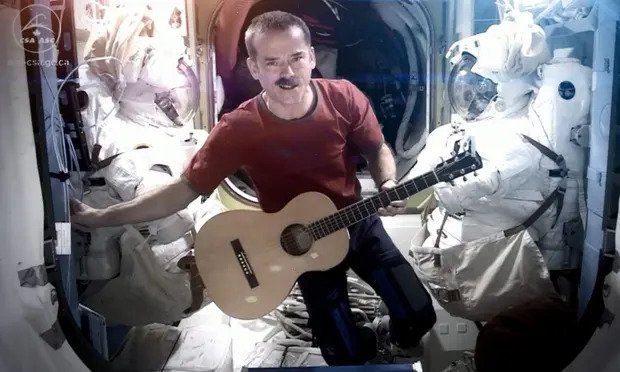 Other scientists take a different stance, however. “There is no way you could justify the vast sums that have been spent on building the ISS,” said the astronomer royal, Sir Martin Rees. “For a start, the scientific returns have been meager. We have learned a bit about how the body reacts to spending long periods in space, and we have grown a few crystals in zero gravity, but that is in no way commensurate to the tens of billions of dollars that have been spent on the ISS. Really, the station only makes news when its toilets get blocked or an astronaut sings while floating about with a guitar.”

–
NASA’s money would have been better spent on launching robot missions to other planets or constructing orbiting observatories, Rees added – a view that is backed by the physicist and Nobel laureate Steve Weinberg of the University of Texas at Austin. “The only interesting science done on the ISS has been the study of cosmic rays by the Alpha Magnetic Spectrometer, but astronauts played no role in its operation,” he told the Observer. “It could have been placed in orbit much more cheaply by an unmanned mission.”

Ojha added that he was initially very doubtful about the scientific rationale for the ISS but is now convinced it was a major success. “What we have achieved in terms of human spaceflight experience, space engineering, and scientific yield has been immense. We have learned how to assemble huge structures in space and live for long periods up there while dealing with all sorts of incidents that have arisen. It is crucial we do not waste that experience.”

A key lesson learned from studying ISS astronauts has been the impacts of prolonged periods of zero gravity on the human body. These include muscle loss, bone density reductions, and vision and taste impairment. Scientists have found it can take several years for an astronaut to recover their bone density after a four- or five-month space mission. On the other hand, by using treadmills and weight machines, astronauts can avoid the worst effects of muscle loss.

NASA is scheduled to continue funding the ISS for four or five years and has said it then hopes private companies will take over and run it commercially while the agency funds more cutting-edge missions to explore and settle on the Moon, and possibly one day take humans to Mars. These projects will involve building Gateway, a smaller version of the space station, in orbit round the Moon as a stopping off point to explore the lunar surface.

But is private enterprise interested in taking over the ISS? Early interest has been expressed by a number of companies who say they want to work there. The Texas-based company Axiom Space has signed a deal with NASA to build a module where research on novel materials would be carried out; actor Tom Cruise and director Doug Liman are scheduled to fly to the station next year on a SpaceX Crew Dragon capsule to shoot scenes for an action adventure film; and the forthcoming reality TV contest, Space Hero – scheduled for screening in 2023 – has announced plans to send a winner to the ISS.

Whether ventures like these will be enough to provide the billions of dollars needed to run the station remains to be seen. The alternative would be to dismantle the ISS and send its components spiralling down to the Earth in the hope they would be destroyed as they burn up in the atmosphere.

And that would be a terrible waste, says Cockell. “It was a hell of an effort to get everyone to agree to the station and then to build it. We would have little chance of building another one in the near future if we lose this one, so we need to encourage companies to keep the station going for at least another decade.”

Most viewed in US