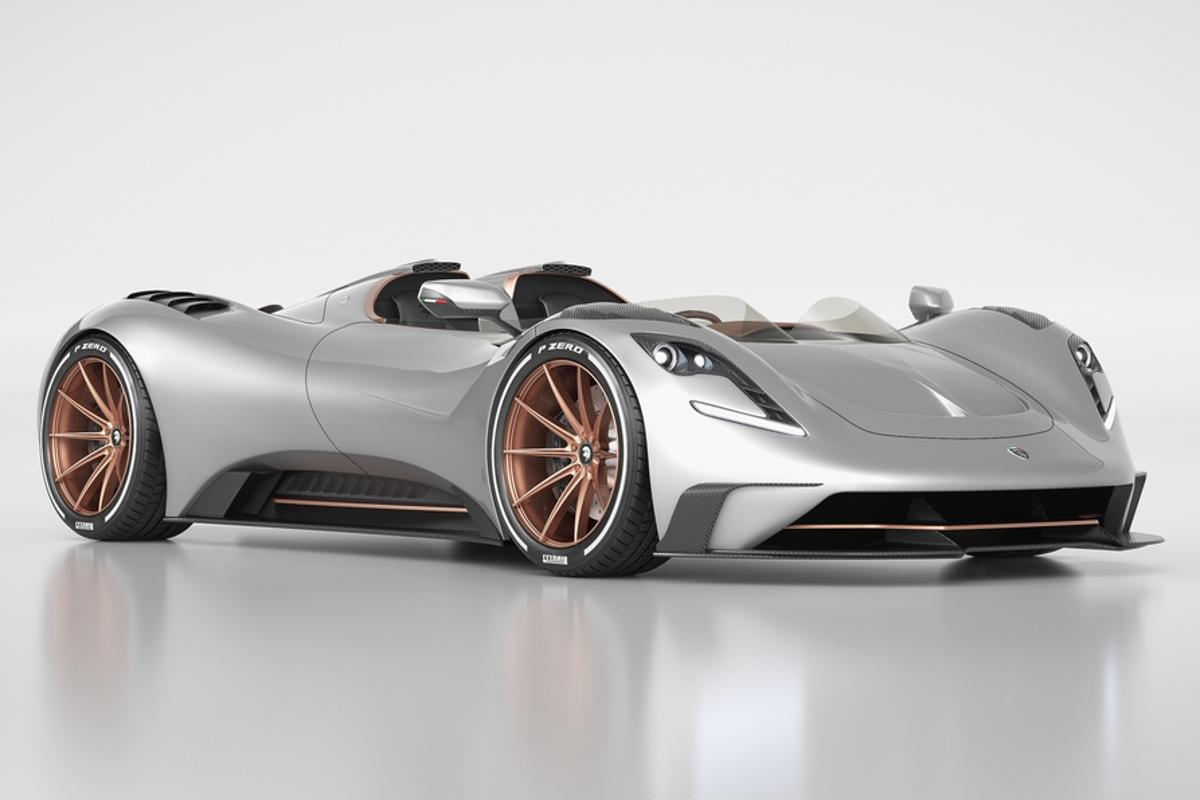 The 2020 Corvette C8 Stingray is absolutely one of the most exciting supercars on the market at the moment, largely because its sub-US$60k price tag actually makes it accessible to a lot of the kind of people who desperately want a mid-engined monster that looks great and goes hard, but who will never be able to come at the ludicrous expense of a new Ferrari or Lambo.

It has sold faster than Chevrolet can make it, as well it should, and it’s also caught the attention of Danny Bahar at Ares Designs. Ares is a bit of a rare bird these days, a carozzeria, or coachbuilder, that takes the chassis from a proven car, like the Lamborghini Huracán, and fits a totally new skin and interior over the top to create a super-unique new high-end supercar such as the ProgettoUno, which harks back to De Tomaso Pantera of old.

Perhaps it’s a weird way to go about it, since the chassis, driving dynamics and engine character are of such importance to most supercar companies, but then it’s a relatively cheap way to end up with something the other rich guy up the road definitely won’t have in his collection.

Some months ago, Ares announced a short run of 24 “S1 Project” machines using the new Corvette as a base, summing up the intent as, “to create a car that combined the design of a hypercar, the performance of a supercar and the accessibility of a sportscar.”

Hypercar owners, said Bahar in an interview with Top Gear, were complaining to him they were scared to drive their bajillion-dollar beauties because they were too powerful and demanding, the poor darlings. So Ares stepped in to offer them something that looks every bit as special and unique as a Pagani, but that they can beat up on somewhat with less fear of destroying something too precious.

The S1 Project was an attempt to fill that gap. The Corvette chassis was a fine and utilitarian starting point, the shouty, naturally-aspirated Chevy V8 motor was jazzed up to the tune of 705 horsepower and 715 lb-ft (969 Nm) of torque, and Ares designed a sinewy, ultra-low riding body that would steal glances from a Huayra if it turns out to look like the (extremely arresting) renders.

Now, the company has announced a totally topless barchetta version called the S1 Project Spyder, based on the same design, and in our eyes it looks even cooler. Like the berserk Aston Martin V12 Speedster and McLaren Elva, it doesn’t even have a windshield, instead sending oncoming air upward via a pair of little visor things that direct it into the engine intakes right behind your head.

It could be just me here, but does that mean the air is channeled directly into your face? Ares says it’s a “virtual canopy” with a “calm yet unfiltered driving experience,” but then the intakes are so close to your noggin that your hair, should you be lucky enough to have some, will get sucked in when you hit the gas.

Eh, not my problem, it looks terrific from the outside where the vast majority will be looking from and supercar owners can afford goggles. The slinky body on this thing is all carbon, smooth and rounded and yummy, and so low that the wheels look enormous. It looks a million dollars, an impression that’s not broken when you look into the bifurcated cabin at the Spyder’s tidy dash and luxury weatherproof accommodations with their lashings of diamond-stitch leather, carbon and Alcantara.

It might look a million bucks, but it’ll likely cost about 60 percent of that sum given the regular Project S1’s US$585,000 price tag. That’s a lot if you think of this thing as a tarted-up Stingray, but a bargain for something that looks so wild and should actually be a relatively friendly drive.

A stunner of a batmobile like this that you can actually fang around and put miles on without tanking its auction value and getting chewed out by your accountant? That’s something hypercar money strangely can’t buy.

Loz Blain
Loz has been one of our most versatile contributors since 2007. Joining the New Atlas team as a motorcycle specialist, he has since covered everything from medical technology to aeronautics, music gear and historical artefacts. Since 2010 he’s branched out into photography, video and audio production.
–
–