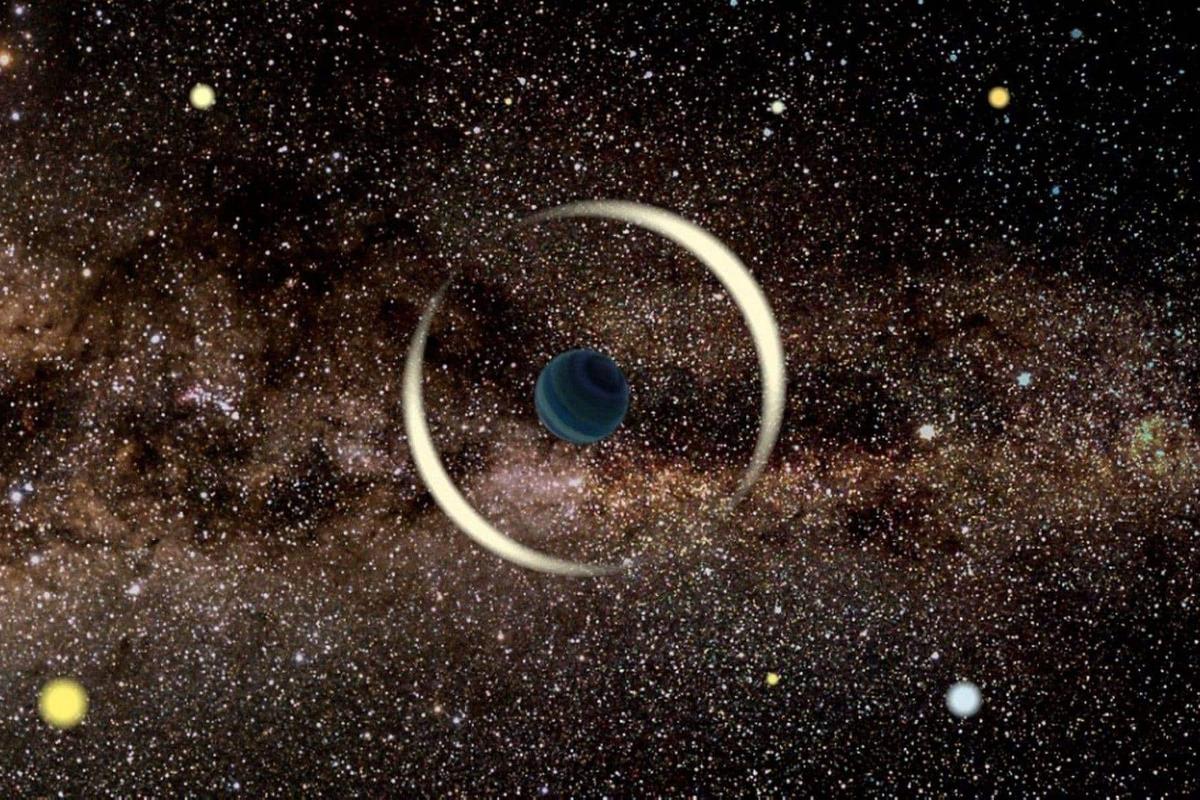 A simulated image of how microlensing works, where the gravity of a foreground planet distorts the light from a background star.  Jan Skowron/Astronomical Observatory, University of Warsaw
–

While almost every planet we’ve ever found orbits a star of some kind, there are some loners that roam the cosmos entirely on their own. Now, astronomers have spotted the smallest of these “rogue planets” ever discovered, which is only about the size of Earth or smaller.

It’s long been theorized that planets could find themselves floating free of the gravitational influence of stars, either forming alone or being ejected from their parent system in some cataclysmic event. But it’s only in recent years that any of these rogue planets have been observed, and they’re still incredibly rare, with less than 25 known or suspected candidates.

That’s because it’s very difficult to actually spot them. The most common way to find exoplanets is to watch their host stars for dips in light, as a planet briefly passes in front of it – but of course, rogue planets don’t have a host star to watch, and they don’t give off any light of their own.

So astronomers have to turn to other observation methods, such as microlensing. Gravitational fields from massive objects like planets can be strong enough to actually bend light like a magnifying glass, so if a background star appears to briefly brighten, it indicates something unseen – like a rogue planet – has passed in front.

Sky surveys such as the Optical Gravitational Lensing Experiment (OGLE) are designed to spot these brightenings, by simultaneously watching a huge number of stars towards the center of the Milky Way galaxy.

The 28-year project is responsible for several previous rogue planet discoveries, but the latest is the smallest ever detected. Where most microlensing events last a few days, this one – designated OGLE-2016-BLG-1928 – lasted just 42 minutes, indicating an extremely tiny object. By tiny, we mean something roughly the size of Earth, or perhaps Mars, making it far smaller than the usual Jupiter-sized or bigger rogue worlds that have been found.

The very first detection of one of these objects is a huge step towards understanding how many of these rogue worlds are out there in the dark. After all, it’s been predicted that there should be millions or even billions of them in our galaxy alone.

The research was published in the Astrophysical Journal Letters. An animation of how microlensing works can be seen in the video below.

Michael Irving
Michael has always been fascinated by space, technology, dinosaurs, and the weirder mysteries of the universe. With a Bachelor of Arts in Professional Writing and several years experience under his belt, he joined New Atlas as a staff writer in 2016.
–
Sign in to post a comment.
–
Worzel, 2020 Oct 30
The solar system orbits the centre of the galaxy, independently from the rotation of the galaxy. It also has a sinusoidal path through the plane of the galaxy, which would suggest that the solar system was also a roamer at some time, and was finally captured by the galaxy.
–