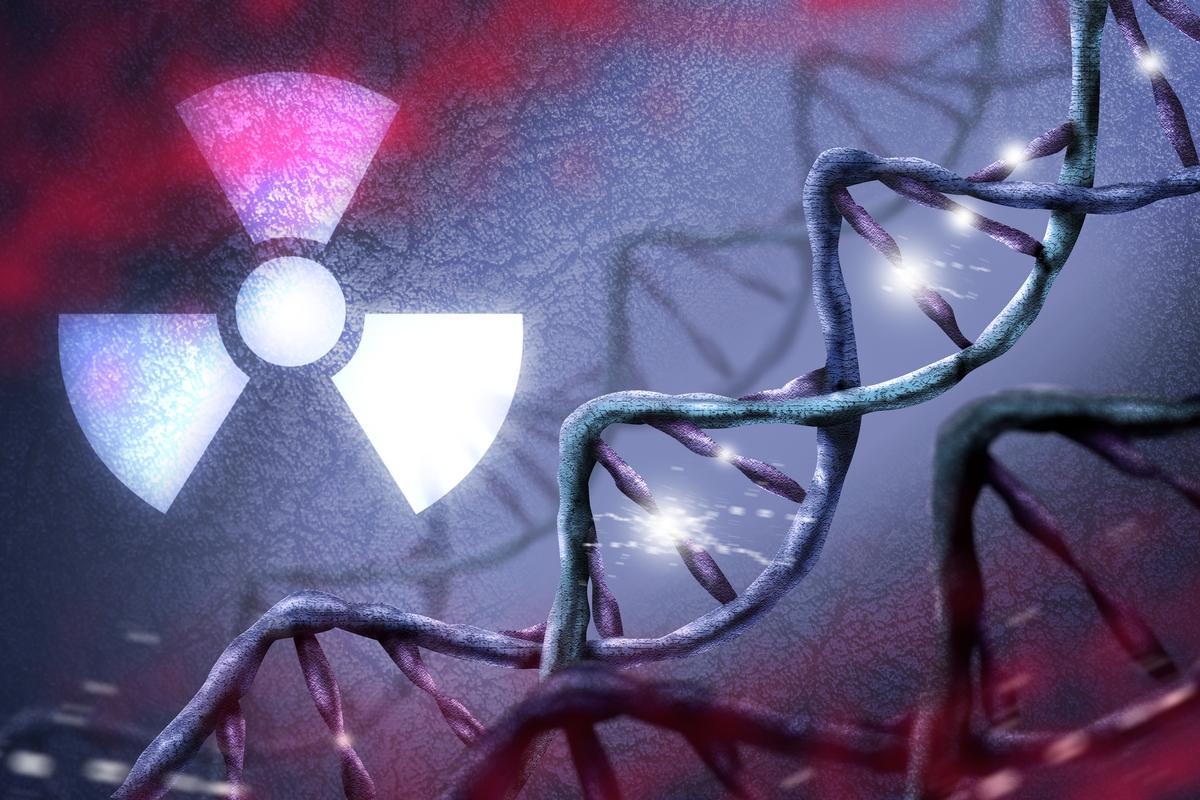 In a new study, mice with certain gut bacteria populations were found to be protected from the adverse effects of radiation.  crystaleyemedia/Depositphotos
–
By Rich Haridy
We know radiation therapy is an aggressively toxic treatment methodology for fighting cancer. Gastrointestinal distress is a common side-effect but researchers are only now discovering exactly how the massive population of bacteria living in our gut is influenced by acute radiation. New research led by scientists from the University of North Carolina at Chapel Hill is suggesting certain bacteria species may actually provide protection from the harmful effects of radiation.

Recent research has offered incredible new insights into the relationship between cancer and the gut microbiome. As well as potentially influencing cancer risk, and speeding up metastatic spread, specific species of gut bacteria has been found to either help or hinder responses to treatment.

Published in the journal Science, a new study presents novel evidence to suggest certain species of gut bacteria can protect an organism from radiation-induced damage. The study began by identifying a small subset of mice with the strange ability to survive a high dose of radiation that would kill most other mice.

The researchers called these mice “elite-survivors” and closely investigated their gut microbiome to find out how certain bacterial species could be conferring this unexpected protection from radiation. Those “elite-survivors” were found to harbor a high abundance of two kinds of bacteria: Lachnospiraceae and Enterococcaceae.

Further investigations revealed two metabolites produced by the bacteria, propionate and tryptophan, seemed to play a role in protecting the animals against the adverse effects of radiation exposure. These metabolites helped attenuate radiation-induced DNA damage, as well as reduce damage to bone marrow stem cell production.

Looking to validate these findings in humans, the researchers analyzed a cohort of leukemia patients receiving aggressive radiation therapy. They found those patients with the least adverse side effects from the radiation had the highest volume of Lachnospiraceae and Enterococcaceae.

Subsequent animal tests revealed direct treatment with propionate and tryptophan rendered mice somewhat resistant to radiation damage. Closer analysis revealed, what the researchers noted were, “a realm of metabolites that were affected by radiation and selectively increased in elite-survivors.”

Corresponding author on the new research, Jenny P.Y. Ting, is cautious to draw a line from the animal research to humans just yet. She suggests larger studies are necessary to validate the findings in people before doctors and patients begin self-administering probiotics or postbiotics in conjunction with radiotherapy.

“Granulocyte-colony stimulating factor is the only drug that has been approved by the FDA as an effective countermeasure for high-dose radiation exposure, but it is expensive and has potential adverse side-effects,” says Ting. “However, bacteria that we can cultivate, and especially metabolites that are relatively inexpensive and already elements in the food we eat, may be a good alternative.”

A clinical trial is currently being planned to explore whether direct administration of these metabolites to patients undergoing radiation therapy reduces adverse effects.

The new study was published in the journal Science.