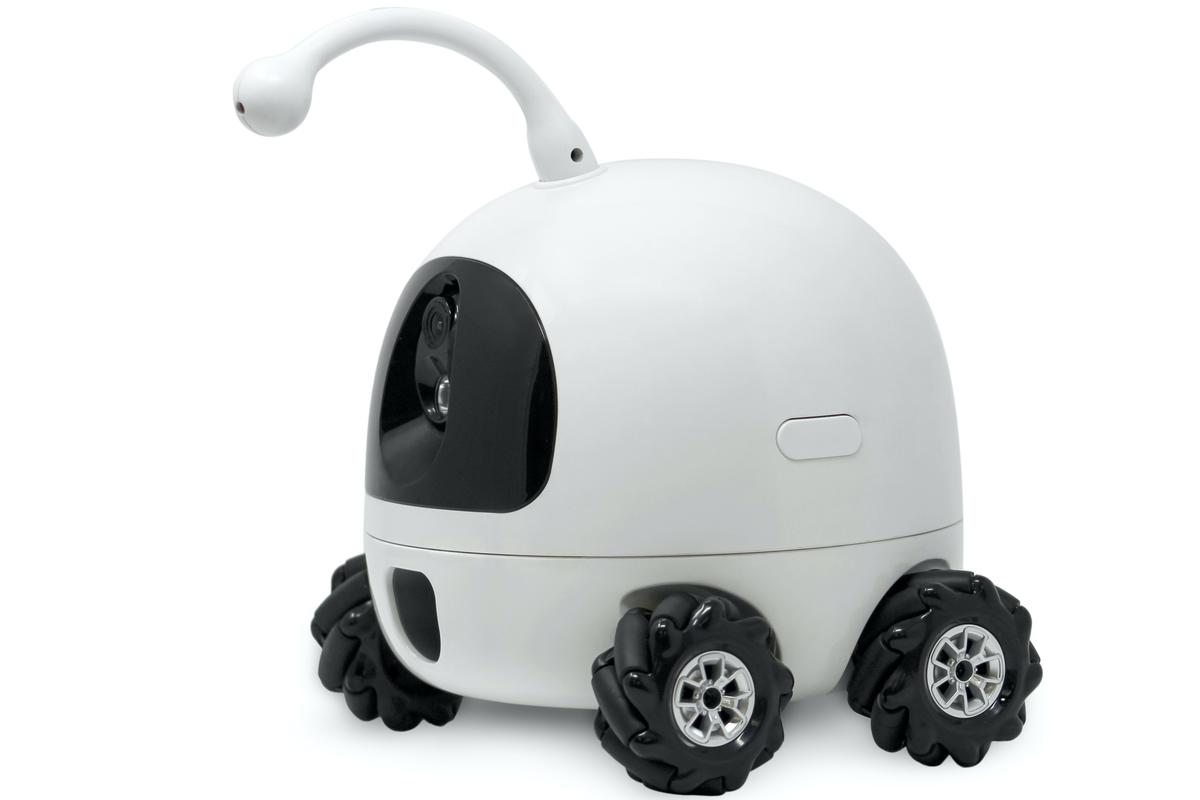 Rocki is remotely controlled over the internet, by pet owners viewing real-time video from the robot’s camera.  Rocki

Earlier this year, we heard about a pet-entertaining/treat-dispensing robot known as Pumpkii. Although its crowdfunding campaign was cancelled, the similar Rocki is now available for purchase.

Rocki is the latest in a series of internet-controlled devices that are designed to let pet owners tele-interact with their dog or cat, when the owner is at work and the critter is at home alone.

As such, it’s equipped with both HD and infrared (night vision) cameras, a speaker, a microphone, and four omnidirectional mecanum wheels that allow it to move both forward/backward and from side to side. It also features a dispenser that can store and shoot out up to 15 user-supplied treats, along with a top-mounted motorized arm that comes with a laser pointer on the end, but that can be equipped with other toys such as feathers.

Utilizing an iOS/Android app, users are able to view Rocki’s live camera output on their smartphone, anywhere there’s internet access. They can then control the device in real time, driving it around their house in order to find their pet and then play with it, talk to it, and send a treat or two its way.

Depending on how often Rocki is utilized, and for how long, one charge of its battery should reportedly be good for approximately one week of regular use.

The device is available now via the link below, for US$199. You can see it in use, in the following video.