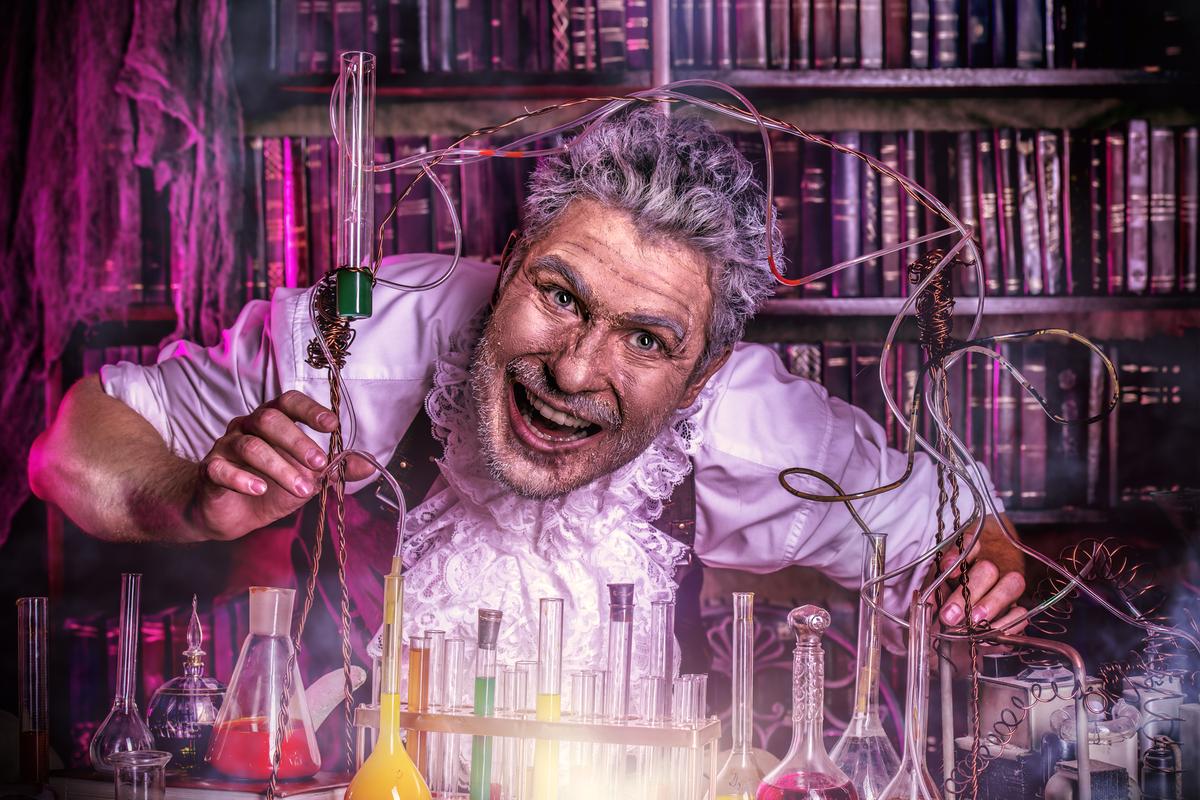 –
By Michael Irving
Curing cancer is a noble goal and all, but sometimes scientists just want to see what happens when you give octopuses ecstasy. From medical marvels to wild speculations about time travel, aliens and the end of the universe, New Atlas revisits some of 2020’s strangest science stories.

The man who can’t see numbers

The human brain is a delightfully tangled mess, and sometimes the clearest examples come from injuries. Take, for instance, the curious case of a brain-disease patient codenamed RFS, who inexplicably can’t see numbers.

RFS described numbers as looking like “spaghetti,” and when he tried to draw what he was seeing, the result was an abstract jumble of squiggly lines, dots and colors. The man could read and recognize letters just fine, and weirder still, he had no trouble seeing the digits 0 and 1 – only 2 through 9 posed a problem.

If a number was placed on top of a picture of a familiar object, like a violin or a face, it would scramble the whole thing for RFS. It wasn’t until the picture was moved a certain distance away from the digit that RFS could see it clearly again.

But it gets even more bizarre. EEG readings showed that his brain was registering faces or images underneath the numbers, even though he wasn’t aware of them. Apparently the damage was somewhere in the connections between perception and awareness.

The dead speak! (kind of)

X-rays and reconstructions have shown us what Egyptian mummies used to look like, but have you ever wondered what they sounded like? Scientists have, which is why early this year they recreated the “voice” of a 3,000-year-old mummy.The team scanned the shape of his vocal tract, 3D printed a replica, then hooked it up to an electronic larynx. The resulting sound is an eerie “eeehh” that almost sounds like the priest Nesyamun is unimpressed with his resurrection.

The woman who pees alcohol

Another medical anomaly discovered this year was the first-ever case of a woman who appeared to be brewing her own alcohol – right in her bladder.

The patient presented with cirrhosis of the liver and diabetes, and needed to be put on a waiting list for a liver transplant. But her urine tests kept coming back positive for alcohol, despite insisting that she hadn’t been drinking.

The pieces fell into place when doctors also discovered high amounts of budding yeast in her urine. Lab experiments confirmed it was possible that a yeast colony in her bladder was fermenting sugars to produce ethanol, and a brand new “bladder fermentation syndrome” was born.

Quantum time travel may not follow Back to the Future rules

Back to the Future pretty much defined the rules of time travel that most people are familiar with – start messing around in the past, and you’ll come back to a very different future. But according to a study this year using a quantum time travel simulation, that might not be the case.

The researchers simulated what would happen if a quantum bit (qubit) of information was sent back into the past, interfered with, and returned to the “present.” And the results were somewhat surprising – instead of consequences cascading through the whole system, the net of quantum correlations in the past actually protected the qubit from damage.

In the world of quantum time travel, it seems reality is more or less self-healing.

Seeing is believing – which is why it’s so hard to believe that someone sees a photo of a white and gold dress when you see blue and black, or they hear Yanny when you hear Laurel in the same audio clip. And this year, we found out our noses can be just as unreliable.

The smell of fish may seem pretty unmistakable but in a new study into odor perception researchers discovered that people with a certain genetic variant were more likely to rate a fishy odor as less intense, more pleasant or even mistake it for the smell of caramel or rose.

Other genes were found to affect how much a person liked the smell of licorice – which honestly feels like the only explanation for how anyone can stomach the stuff.

Humans have been domesticating animals for millennia, but this year we found the first instance of animals domesticating each other (or at least, the first non-human vertebrate to do so).

Longfin damselfish are known to grow algae farms to feed from, and Australian researchers discovered that they had actually domesticated tiny mysid shrimp to help out. Basically, the shrimp would fertilize the algae with their waste, and in return the fish would chase off the shrimp’s natural predators if they came close.

A decades-old thought experiment was shown to be theoretically possible in the lab this year. It sounds like sci-fi nonsense, but a super-advanced alien civilization could potentially sap huge amounts of energy from black holes.

The original idea says that if you lowered an object towards a black hole, at a certain point it would move at the speed of light just to remain still. It would acquire negative energy – in extremely basic terms, that means it’s “borrowing” energy from empty space. If you then drop half of the object into the black hole, the recovered half would actually gain energy.

For 50-odd years, it remained a fun but untestable thought experiment, but now the basic concept has been confirmed in the lab. Scottish scientists twisted sound waves and aimed them at a rotating sound-absorbing disc. And it turns out that the waves can go from positive frequencies to negative, effectively “stealing” energy from the disc’s rotation.

It’s incredibly far beyond human reach any time soon, but it’s fun to think that ET might be out there fishing for energy in black holes.

Introduced species are usually thought of as pests, but a new study found that might not always be true. Case in point – Pablo Escobar’s escaped pet hippos.

After the death of the infamous drug kingpin in 1993, four hippos were left behind on his private ranch. Now almost 30 years later, they’ve escaped into Colombia’s waterways and multiplied, numbering between 80 and 100.

The new study found that the hippos had a similar diet and body size to extinct giant llamas that used to roam South America, and they may actually fill this vacant ecological niche.

Microbes revived from the dinosaur age

It sounds like the set-up for a cheesy disaster movie, but scientists managed to revive microbes that had been slumbering deep beneath the seafloor since dinosaurs walked the Earth.

The team incubated samples taken from sediment cores drilled from 100 m (328 ft) into the seafloor. When nutrients were supplied, the 100-million-year-old microbes began to move, eat and multiply, to the scientists’ surprise.

It seems that life moves in slow motion for these ancient critters, with what little energy they can find going towards just barely keeping themselves alive.

The last thing that will ever happen

It’s thought that the universe will end in an utterly anticlimactic way, slowly fading to black over trillions of years. And according to a recent study, we might have an idea about the last interesting event that will ever happen – a black dwarf supernova.

Black dwarfs are hypothetical stars that have essentially frozen solid, after white dwarfs have cooled down to the background temperature of the universe. This process has been calculated to take trillions of years, so the universe itself isn’t old enough for any black dwarfs to exist yet.

But that’s not the end of the story. The quirks of quantum physics say nuclear fusion could still take place in the most massive black dwarfs, albeit extremely slowly. Given enough time, and they could go supernova.

“Enough time” is a hell of an understatement though. The first black dwarf supernova isn’t predicted to happen for another 101,100 years, and the last one? A casual 1032,000 years in the future.

So don’t wait up.