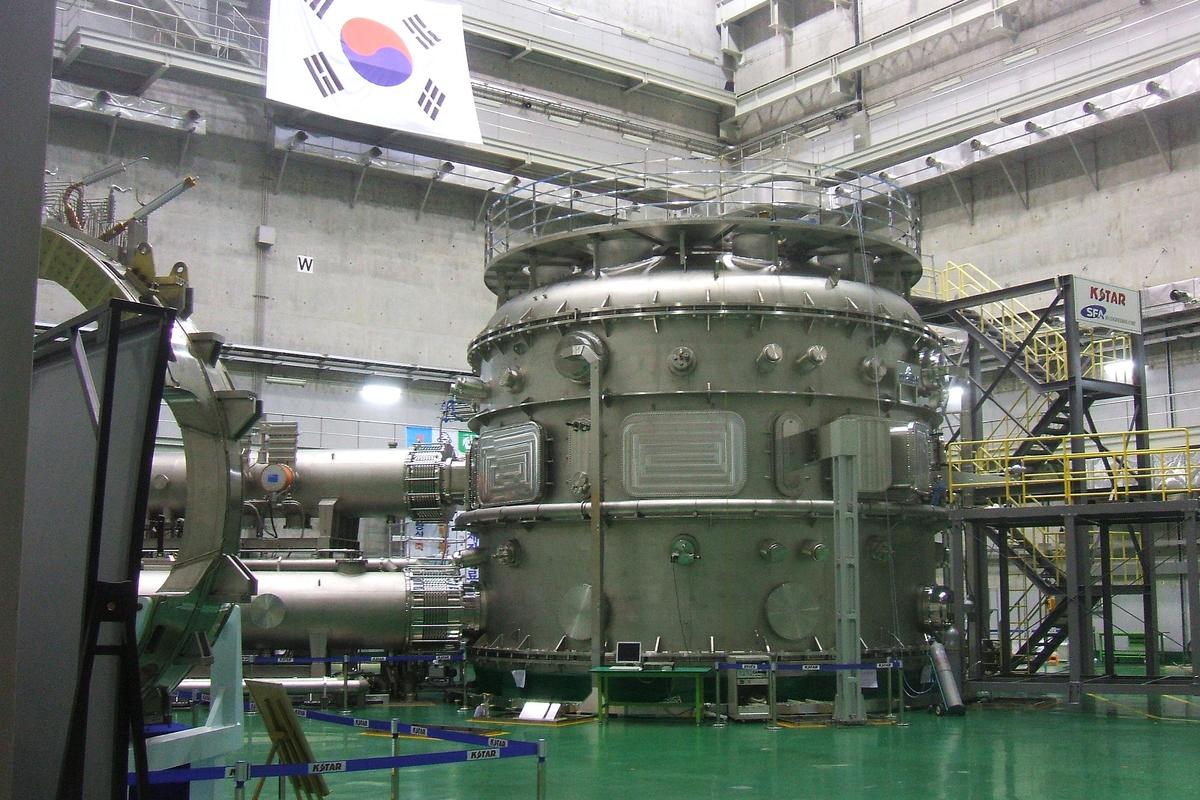 While harnessing the power of the Sun has progressed in leaps and bounds in recent years, harnessing the process that powers the Sun is proving a tough nut to crack. However, progress continues to be made on the various approaches to practical nuclear fusion being pursued, of which tokamak reactors remain a frontrunner. In another promising development for the technology, the Korea Superconducting Tokamak Advanced Research (KSTAR) fusion device has set a world record by maintaining plasma at over 100 million °C (180 million °F) for 20 seconds.

Completed in 2007 and achieving first plasma in 2008, in 2016 KSTAR set a world record for the longest operation in high-confinement mode by successfully maintaining a high-temperature hydrogen plasma at about 50 million °C (90 million °F) for 70 seconds. China subsequently claimed a new record in 2017 with its Experimental Advanced Superconducting Tokamak (EAST), managing to maintain plasma at a similar temperature for 102 seconds.

Science
Trip out with the best optical illusions of 2020

But although 50 million °C might sound plenty toasty, when you’re talking about the process that powers the Sun you need to get to at least double that to give the ions the kinetic energy to overcome the repulsive electrostatic force, known as the Coulomb barrier, that stops them from fusing together. You also need to successfully confine the ions close enough to each other for long enough to avoid plasma cooling, and ensure the ions are confined at a high enough density to maintain a suitable reaction rate.

KSTAR managed to achieve an important piece of the puzzle for the first time in 2018, maintaining high-temperature plasma at over 100 million °C, but only for about 1.5 seconds. In 2019, it managed to up the retention time to eight seconds, and now it has claimed a new world record, this time by maintaining high-temperature plasma with an ion temperature of over 100 million °C in continuous operation for 20 seconds.

This is an important step towards the ultimate goal of maintaining plasma with an ion temperature of over 100 million °C for five minutes by 2025.

“The technologies required for long operations of 100 million- plasma are the key to the realization of fusion energy, and the KSTAR’s success in maintaining the high-temperature plasma for 20 seconds will be an important turning point in the race for securing the technologies for the long high-performance plasma operation, a critical component of a commercial nuclear fusion reactor in the future,” says Si-Woo Yoon, Director of the KSTAR Research Center at the Korea Institute of Fusion Energy (KFE).

The significant jump in retention time from eight to 20 seconds was largely due to improvements to the performance of the Internal Transport Barrier (ITB) mode that aids in confinement and stabilization of the plasma.

“The success of the KSTAR experiment in the long, high-temperature operation by overcoming some drawbacks of the ITB modes brings us a step closer to the development of technologies for realization of nuclear fusion energy,” says Yong-Su Na, professor at the department of Nuclear Engineering at Seoul National University (SNU).

KSTAR is part of Korea’s contribution to the International Thermonuclear Experimental Reactor (ITER) nuclear fusion research project, and as such the results from the various experiments conducted there will help inform the development of ITER, which is currently being built in southern France. Key KSTAR experiment findings from 2020 will also be shared at the IAEA Fusion Energy Conference scheduled for May, 2021.