Home
News
&
WEIRD FACTS
Prebiotics are hard to stomach, but will your gut thank you for trying?

Since you’re seeking the indigestible, whatever it is usually has to be raw – unless it’s an onion. 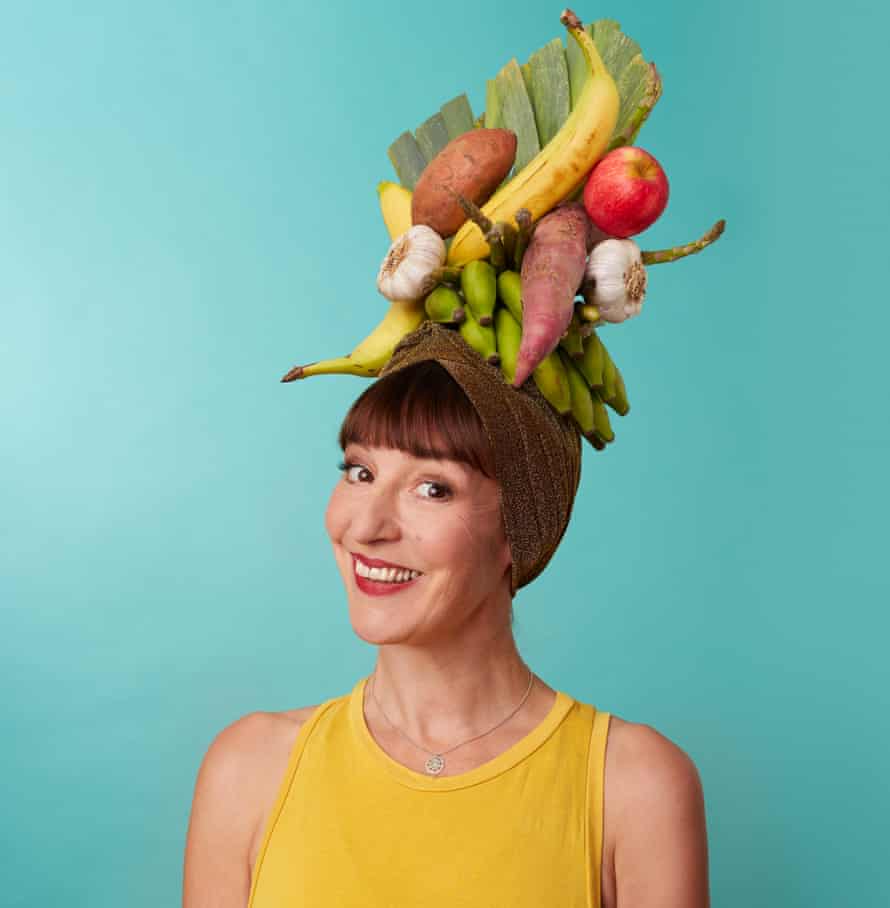 ‘Underripe bananas are a surprise source of prebiotics.’ Makeup and hair: Sarah Cherry. Wardrobe: My Gym Wardrobe. Photograph: Kellie French/The Guardian
–
By Zoe Williams @zoesqwilliams
2021 Jan 02
–
You’ll have heard of probiotics, because they’re very 2015, which I have identified as the year in which everyone started talking about gut health (the phrase “gut fauna” entered the vernacular a bit later). The potted version is that you want your gut bacteria to be as varied and exciting as possible, and the best way to ensure that is by eating fermented foods: yoghurts, kefir, kombucha, sauerkraut. Cultures that are alive when you consume them.

Prebiotics are different: these are sources of indigestible fiber. Roughage, broadly, is the element of a plant or legume that won’t dissolve in water, and therefore moves intact through your body, not releasing calories but doing other useful things, such as keeping you regular. There’s a sub-category within that, though, of indigestible fibers that the bacteria inside your gut can digest: almost always raw, and very often weird – dandelions, acacia gum – and this will boost your bacterial environment overall.

If it helps, think of your gut more as a city than an organ, full of living creatures who need interesting feasts in order to thrive. So you boost your probiotics to increase bacterial variety in the first place – and then you bring in prebiotics to feed them. The probiotic guru is Tim Spector, now better known for his Covid tracker, who explains the gut brilliantly in his book Spoon Fed.

Since you’re seeking the indigestible, whatever it is usually has to be raw, unless it’s an onion. So first, I got a mandolin. You can eat anything raw if it’s sliced thinly enough; if I had more slicing time, I’d be able to get rid of my oven. Raw asparagus is an acquired taste – initially, it tastes like an accident. Eventually, it tastes like itself, only fresher. Finally, underripe bananas are a surprise source of prebiotics, and really easy to eat more of. I saw all of this as extra to, rather than replacing my previous diet; I never stopped eating cooked vegetables. If you look at it as a process of inclusion rather than exclusion, it’s much easier to do long term. 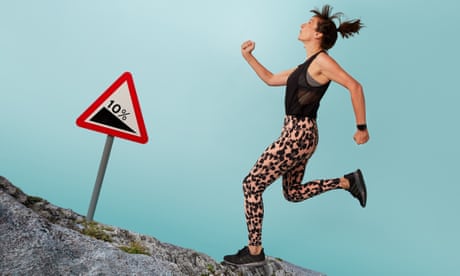 Fit in my 40s: I’m fell running – so why does it look like I’m walking?
Read more

The big unknowable is whether it’s making any difference: this is because a healthy gut environment has an impact on so many things – sleep, mood, inflammation and everything that ripples out from those fundamental pillars of health – that it’s hard to put your finger on what you’d actually measure. You have to take a completely gestalt view: “Am I feeling absolutely incredible from every angle?” And if the answer is, “not exactly”, it might not necessarily be insufficient leeks. It might be too much of something else, such as beer.

After a month, I did feel more energetic; but I should disclose that this coincided with the kids going back to school. I’d say the main benefit is that you skew your attitude in a good direction. Once you anthropomorphise your bacteria, you end up treating your gut with a little more respect: less like the bog-standard apparatus you were born with, and more like a Tamagotchi, something to tend.

… we have a small favor to ask. You’ve read

since January. As we prepare for what promises to be a pivotal year for America, we’re asking you to consider a gift to help fund our journalism.

Millions are flocking daily to the Guardian for open, independent, quality news that is funded by readers like you. Support from our readers has kept Guardian journalism free for everyone else, and has enabled the following:

We believe everyone deserves access to information that is grounded in science and truth, and analysis rooted in authority and integrity. That’s why we made a different choice: to keep our reporting open for all readers, regardless of where they live or what they can afford to pay. Powerful journalism drives change; this is some of the high-impact reporting that Guardian readers funded in 2020.

In these perilous times, an independent, global news organization like the Guardian is essential. We have no shareholders or billionaire owner, meaning our journalism is free from commercial and political influence.

If there was ever a time to join us, it is now. Your funding powers our journalism. We’re asking readers to help us raise $1.25m to support our reporting in the new year. Every contribution, however big or small, will help us reach our goal. Make a gift now starting from as little as $1. Thank you.