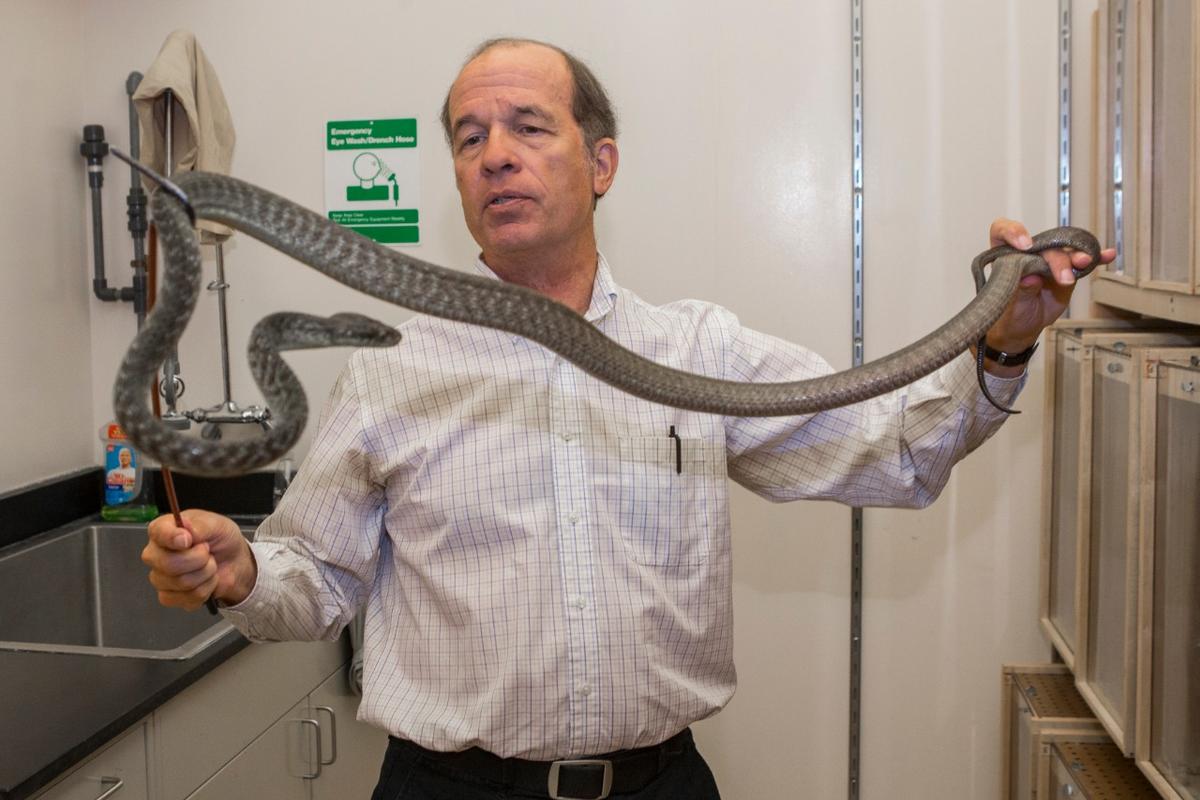 The unique body structure of a snake is a bit of a blank canvas for movement. To help them tackle different terrain like sand, water, trees, or burrows, the creatures are known to use four specific modes of locomotion – lateral undulation, where they “wobble” side to side as they move; rectilinear, where they stretch straight ahead; sidewinding, where they lift parts of themselves off the ground and propel themselves sideways; and concertina, where they reach forward with their front sections then pull their rear sections to catch up, bunching up in the process.

Physics
New quantum particle may have been accidentally discovered

And now a brand new one has been added to the list. Researchers at the University of Cincinnati and Colorado State University watched as snakes looped themselves into lassos in order to climb “baffles” – steep, smooth cylinders specifically designed to prevent snakes climbing them.

Brown tree snakes were accidentally introduced to the island of Guam around the 1950s, and in the decades since they’ve all but wiped out most of the native bird species. Nesting boxes are now set up on top of baffles to protect the young birds – but when the team reviewed footage from a camera monitoring one of these supposed-snake-stopping cylinders, they discovered the crafty critters had found a way to climb them.

“We didn’t expect that the brown tree snake would be able to find a way around the baffle,” says Tom Seibert, co-author of the study. “Initially, the baffle did work, for the most part. We had watched about four hours of video and then all of a sudden, we saw this snake form what looked like a lasso around the cylinder and wiggle its body up. We watched that part of the video about 15 times. It was a shocker. Nothing I’d ever seen compares to it.”

Further observations and videos confirmed the new lasso locomotion, and allowed the scientists to study exactly how the snakes pull it off.

“It wasn’t obvious how they were able to climb a cylinder,” says Bruce Jayne, co-author of the study. “The snake has these little bends within the loop of the lasso that allow it to advance upwards by shifting the location of each bend. Even though they can climb using this mode, it is pushing them to the limits. The snakes pause for prolonged periods to rest.”

But the exertions are probably worth it – after all, by design baffles will usually have some tasty treats waiting at the top, which less ingenious snakes might miss out on.

The team says that the discovery should lead to new types of baffles to keep snakes at bay.

The research was published in the journal Current Biology. Check out snakes using the lasso locomotion in action in the video below.