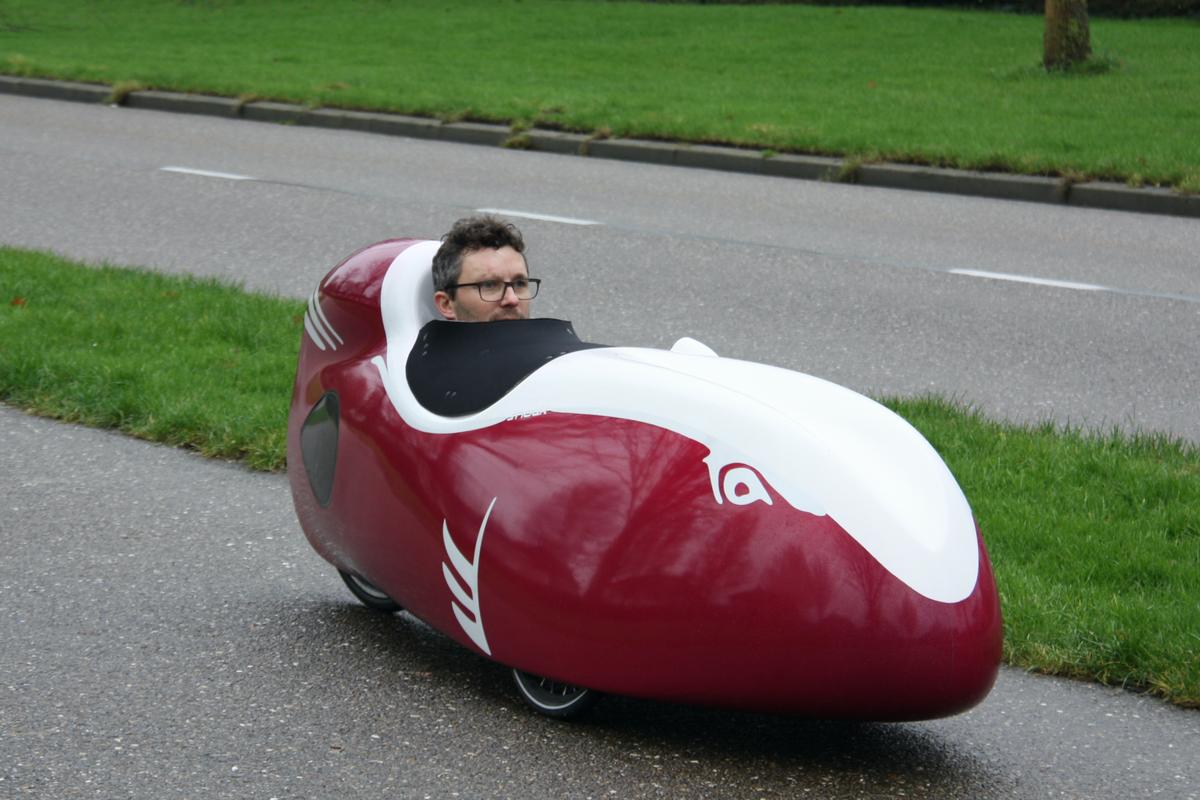 Once in production, the Snoek should sell for about €8,000 (US$9,663).  Velomobiel.nl
View 5 Images
–
By Ben Coxworth
–
Should you be wondering, a velomobile is basically a recumbent tricycle enclosed within an aerodynamic body. While not the greatest at climbing hills, the things are considerably more streamlined than bicycles, so they can reach higher speeds with less effort – on flat roads, at least. They also offer more protection from the elements.
More Stories

Named after a sleek fish, the Snoek is made by Dutch company Velomobiel.nl. The vehicle is aimed primarily at racing – yes, there are velomobile races – or quick recreational riding, so the emphasis of its design is on going fast.

This can be seen in its lightweight carbon fiber body, the frontal area of which is 20 percent smaller than that of the company’s more general-purpose Quest model.

The whole thing reportedly weighs just 20 kg (44 lb) – by contrast, most other velomobiles tip the scales at around 30 to 40 kg (66 to 88 lb). It should be noted that some models do have electric-assist motors, which the Snoek does not … or at least, not as a standard feature.

There are some nods to practicality, though, as it does incorporate a side mirror along with front and rear suspension. A full lighting system, including turn indicators, is also in the works.

Some of its other features include Sturmey Archer single-sided drum brakes; a 2 x 11 drivetrain (Shimano 105 front derailleur, SLX Shadow rear derailleur, 11-36 SRAM cassette); along with 20-inch front wheels and a 28-incher in the rear. The rider’s head is surrounded by a removable aerodynamic cover not unlike a neoprene kayak skirt, although the company has produced a removable “Racehood” hard top for complete enclosure.

But just how fast is the Snoek?

“One of our first customers is a top recumbent bike sport cyclist who will race with it,” Velomobiel.nl co-founder Theo van Andel tells us. “He now races a Milan SL, he tested the Snoek and said it is a lot faster. He could cruise at 60 km/h [37 mph] easily for a while.”

Should you want to be a customer, though, be prepared to wait a while and spend a lot. Although the Snoek has yet to enter full production, there are already 22 orders in place, which van Andel says should take about a year and a half to fill. Once it is in production, it should be priced at around €8,000 (US$9,663).

In the meantime, you can see the Snoek in action, in the video below.