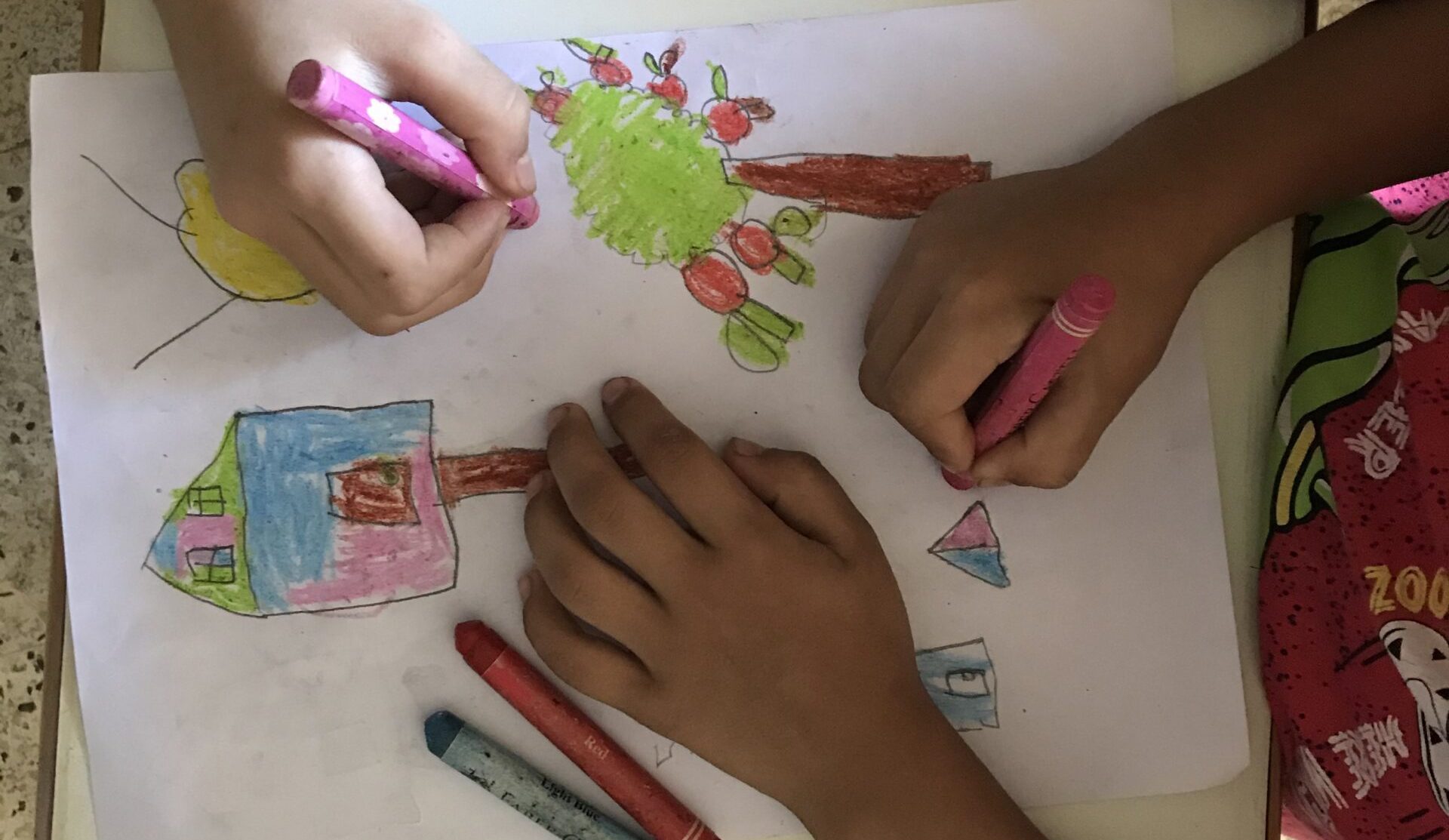 Banner Image: The banner image comes from online art exhibit “During the Pandemic,” exhibiting art by Naga children. The exhibit is curated by Naga anthropologist Dr. Dolly Kikon in collaboration with organizations Sisterhood Network and Prodigal’s Home. My review of this exhibit appeared in the Morung Express on January 4, 2021. Photo by Longshibeni Kikon, 2020.

On January 6, 2021, the infamous day of insurrection against the U.S. Capitol, the AFP News in France posted, on its Facebook page, an infographic built with data provided by the International Union for Conservation of Nature (IUCN), which “confirmed the extinction in 2020 of 36 plant and animal species, not seen for decades.”

I had already been mourning the increasing death from Covid-19, and the insurrection was troubling not merely what happened that day but also what it portends. But the extinction infographic hit me in a unique way, a form of deep pain. Not individuals, but entire species—no more. The infographic listed only the scientific names of species. I started to look up the common names for each: Oophaga speciosa is splendid poison frog, last seen in Panamá in 1992; Roystonea stellate is a palm tree, last seen in Cuba in 1939; Ameles fasciipennis is spined dwarf mantis, last seen in Italy in 1871; Barbodes amarus is a small fish that lived in Lake Lanao in the Philippines and was known locally as pait and last seen in 1982. After I completed the exercise, I realized that I had never seen or known of any of these 36 species. So why do I mourn that about whom I knew nothing about, whose name wasn’t known to me, and whom I had never seen? Perhaps it is a form of interspecies kinship that language cannot express or name.

Celebrating in the midst of tragedy seems odd but that is what I did two weeks later on January 20. I had never watched a presidential inauguration before, so I didn’t know what to expect but realized that fashion during inauguration is a topic of much popular conversation. Even though “Bernie’s Mittens” stole the Inauguration Fashion Show handily, there were others that deserve honorable mentions: poet Amanda Gorman, Interior Secretary nominee Deb Haaland, DJ Cassidy, and teacher Dr. Jill Biden. Art of various kind—poetry, music, dancing, clothing—helped turn the page of a dark chapter. The day reaffirmed my faith in art; we need art especially in the midst of tragedy and to celebrate and to laugh.

Within hours of inauguration President Biden signed 17 executive orders, several of which are of great significance for climate justice and species protection:

One more encouraging development. You may recall, the second webinar “Flora, Fishes, and Fireflies: Assessing Species in Peril in New Mexico and Abroad” of the UNM Biodiversity Webinar Series, which we hosted this past Fall focused on the species conservation efforts of the International Union for Conservation of Nature (IUCN). The three speakers and the moderator are all working on various projects of the IUCN Species Survival Commission (IUCN SSC). A major new initiative of the IUCN SSC is “Reverse the Red,” which was mentioned during the webinar, and the page-turning global initiative was formally launched the following month. Our dear colleague Clayton Meredith of the New Mexico BioPark Society who moderated the webinar shared with me the news that the current issue, January 2021, of Oryx, the International Journal of Conservation (University of Cambridge Press) focuses on “species assessments” and leads with an Editorial by Jon Paul Rodríguez “Reverse the red: achieving global biodiversity targets at national level.” On January 26, IUCN SSC will host a Reverse the Red webinar.

With these encouraging news [items] as a backdrop, we bring you the Species in Peril e-letter vol. 2 no. 1, which includes two original articles and drawings made by Indigenous Naga children during the pandemic, and the announcement of an upcoming biodiversity webinar at Yale University.

Biden on Biodiversity
The Silence and the Promise
By Subhankar Banerjee, Species in Peril, vol. 2 no. 1, January 23, 2021

“Biden on Biodiversity” makes a plea to the Biden administration to institute a government-wide approach for addressing the intensifying biodiversity crisis. It also looks at the significance of cultural and religious practices, ethics and values in advancing species conservation. I thank editors of Common Dreams, Countercurrents, and Counterpunch for reposting the article.

What Nagas Eat
Sovereignty and Kinship Under Lockdown
By Elspeth Iralu, Species in Peril, vol. 2 no. 1, January 23, 2021

“What Nagas Eat” considers contemporary debates around the eating of domestic and wild animals in Nagaland, an Indigenous territory on the India-Myanmar border. This essay puts these debates in conversation with Naga experiences of militarization to explore the relationships between militarization, sovereignty, and what Nagas eat.

Accompanying the article are two images from an online exhibition of art by Naga children titled “During the Pandemic.” This exhibition was curated by Naga anthropologist Dr. Dolly Kikon in collaboration with Nagaland-based organizations Sisterhood Network and Prodigal’s Home. My review of the exhibition appeared in the Morung Express on January 4, 2021.

I am also pleased to share with you the announcement of an online lecture “Visualizing Global Biodiversity: Toward an Understanding of Sacred Places and Relations” I will give on Thursday, January 28, which will be hosted by the Yale Institute of Sacred Music in partnership with Yale McMillan Center South Asian Studies Council. This biodiversity webinar is free and open to the public, but registration is required. I look forward to seeing you on Thursday.
Wishing everyone a good start of the year,