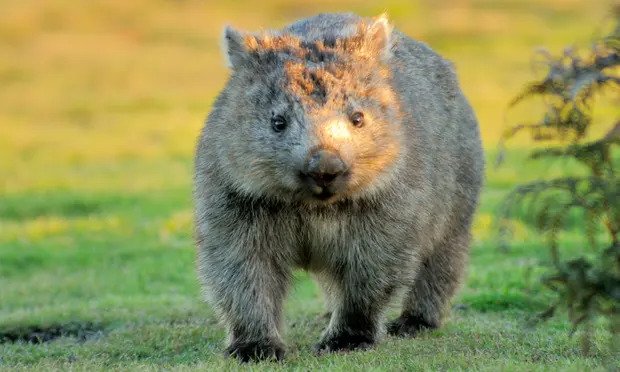 Scientists believe the cube shape of the wombat’s poo may aid in communication, as spherical feces are more likely to roll away. Photograph: mlharing/Getty Images/iStockphoto
–

By Natasha May
2021 Jan 29
–
How wombats produce their cube-shape poo has long been a biological puzzle but now an international study has provided the answer to this unusual natural phenomenon.

The cube shape is formed within the intestines – not at the point of exit, as previously thought – according to research published recently in the scientific journal Soft Matter.

The paper expands upon preliminary findings first presented at a meeting of the American Physical Society’s fluid dynamics division in Georgia in 2018.

How do wombats poop cubes? Scientists get to the bottom of the mystery. Distinctive intestines mold feces into sharp-cornered poop

Dr Scott Carver, wildlife ecologist at the University of Tasmania and one of the authors of the research paper, said “there were wonderfully colorful hypotheses around but no one had tested it”.

The project originated four years ago when Carver was dissecting a euthanized wombat hit by a car and noticed the cubes in the last meter of the wombat’s intestine. Carver described it as an “isn’t that odd moment”.

“The thing that is striking, how do you produce cubes inside essentially a soft tube?”

The team of researchers in Australia, including the head veterinarian at Taronga zoo, Larry Vogelnest, tested the tensile strings of the intestine while physicists in the US based at the Georgia Institute of Technology created mathematical models to simulate the production of cubes.

The team discovered big changes in the thickness of muscles inside the intestine, varying between two stiffer regions and two more flexible regions. 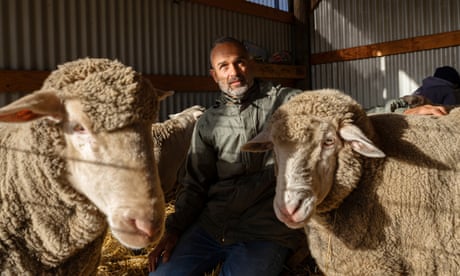 ‘A brilliant way to get humans to behave’: the shelter where volunteers read to farm animals
Read more

“The rhythmical contractions help form the sharp corners of the cubes,” Carver said.

When preliminary findings were presented in 2018 “at that point researchers believed there were four stiff and four flexible regions,” he said. “But what final research has confirmed is that the wombat’s intestine has two stiff and two flexible regions.”

Since 2018, Australian researchers have performed the histology as well as a CT scan upon a live wombat, and concluded that the changes in muscle thickness, in addition to the drying out of the fecal material in the distal colon, produced the distinctive shape.

Asked why wombats have this feature, Carver said one theory was that wombats, with their strong sense of smell, communicate with each other via feces and that the cube shape helps prevent the feces from rolling away.

“This was one of the more unusual research [projects] Taronga has been involved in, a bit quirky, but it does answer a very significant question, one that a lot of people ask” he said.

As well as the benefits of better understanding wombats themselves, Carver said the discovery highlighted a new way of manufacturing cubes inside a soft tube, which could be applied to other fields including manufacturing, clinical pathology and digestive health.
–
–

With the inauguration of Joe Biden and Kamala Harris, American democracy has a chance to reset. The new administration has an historic opportunity to address the country’s deepest systemic challenges, and steer it toward a path of fairness, equality and stability.

–
–
(For the source of this, and many other equally intriguing and important articles, please visit: https://www.theguardian.com/world/2021/jan/29/box-seat-scientists-solve-the-mystery-of-why-wombats-have-cube-shaped-poo/)