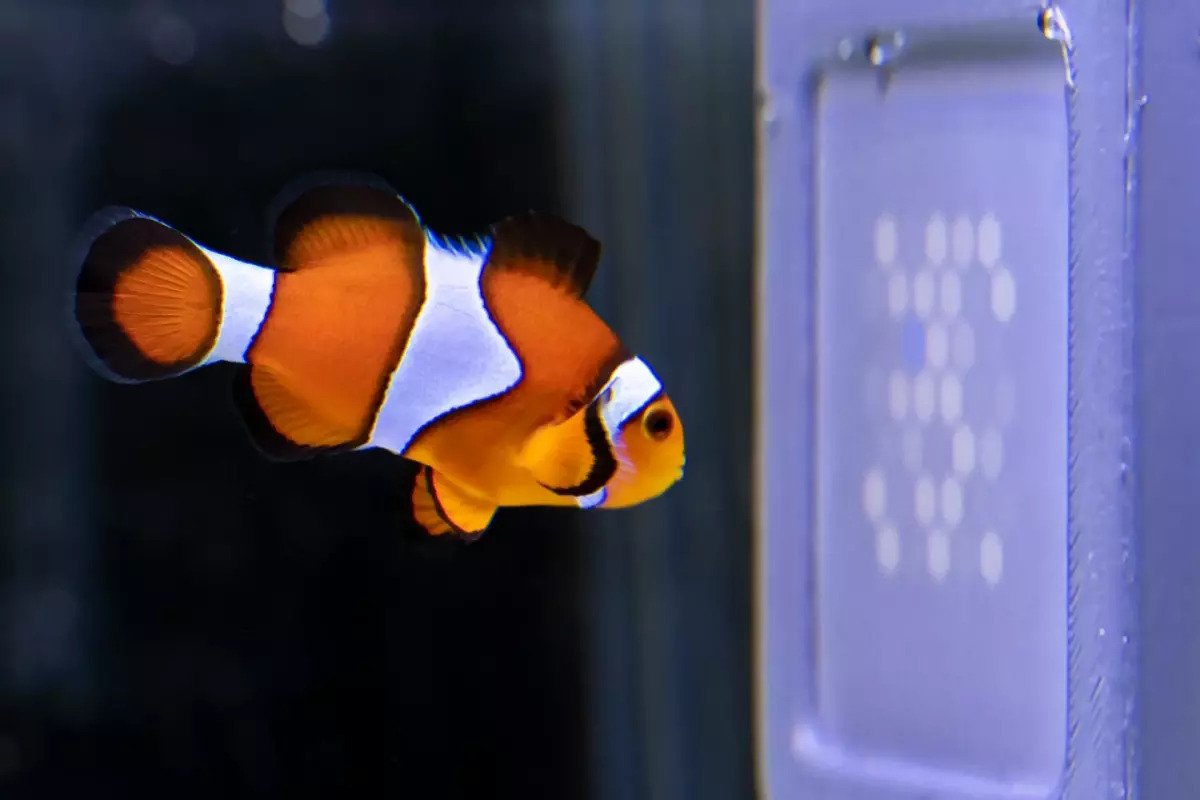 A clownfish checks out the programming on the UV-TV. University of Queensland
–

By Ben Coxworth
2021 Feb 19
–
Unlike us, many animals can see ultraviolet light. If you’re using a video screen to study their visual perception, therefore, that screen really ought to work in the UV spectrum – and a new one does exactly that.

Known as the UV-TV, the prototype device was developed by a team at Australia’s University of Queensland. And while a regular video screen produces colors based on a mixture of red, green and blue, the UV-TV throws violet and ultraviolet into the mix. Each pixel is made up of five LEDs [light-emitting diodes], one in each color.

That said, its resolution is quite low – just 8 by 12 pixels within a 4 by 5-cm (1.6 by 2-in) screen. According to the scientists, though, that’s sufficient for analyzing how perception of UV light helps various animals to understand the world around them.

“We’ve recently started studying the vision of anemonefish or clownfish – aka, Nemo – which, unlike humans, have UV-sensitive vision,” says Dr. Karen Cheney. “Our research is already showing that the white stripes on anemonefish also reflect UV, so we think UV color signals may be used to recognize each other and may be involved in signalling dominance within their social group. Who knows what other discoveries we can now make about how certain animals behave, interact and think.”

The technology is described in a paper that was recently published in the journal Methods in Ecology and Evolution.

Source: University of Queensland via EurekAlert