But did Gudrid Thorbjarnardóttir, the “far traveler,” really exist? And, if so, did she really set foot in the Americas 500 years before Christopher Columbus?

Definitive answers to these questions will remain out of reach unless physical evidence or more reliable documentation emerges—highly unlikely scenarios. Still, says Nancy Marie Brown, author of the 2007 biography The Far Traveler: Voyages of a Viking Woman, Gudrid’s story suggests that “Viking women were as courageous and as adventurous as Viking men and that there were far fewer limitations on the life of a woman in those times than we may think.”

What the Sagas Say About Gudrid

Gudrid’s name appears in two Viking sagas: specifically, The Saga of the Greenlanders and The Saga of Eirik the Red, known collectively as the Vinland sagas. Her story differs slightly between the two accounts. In Greenlanders, Gudrid is poor and ends up shipwrecked on her way to Greenland. In Eirik the Red, she’s wealthy and survives a harsh Greenland winter before traveling to Vinland. Each saga is like a giant, centuries-old game of telephone. Sometimes it’s a harsh winter. Sometimes it’s a shipwreck. But regardless of which saga one reads, certain elements of Gudrid’s story remain the same.

In both chronicles, Gudrid is born in Iceland sometime in the late tenth century. When she’s around 15 years old, she travels with her father, Thorbjorn, to Greenland, where Thorbjorn’s trouble-making friend Eirik is busy setting up a new Viking settlement. While there, Gudrid marries Eirik’s younger son, Thorstein. (You might know Thorstein’s older brother, Leif Erikson, as the first European to set foot in North America.) Following in Leif’s footsteps, Thorstein also sets sail for this strange New World, perhaps with his young bride in tow if Greenlanders is to be believed. In both sagas, Thorstein fails to make it to Vinland—literally “wine land,” the Vikings’ name for the evergreen peninsulas they encountered in North America. He and Gudrid, if she was indeed with him, manage to return to Greenland just before winter sets in.

That winter is a harsh one, and one by one, the people around Gudrid start dying. Thorstein is among the deceased, but his ghost—one of many to visit the living in both sagas—lingers long enough to suggest “that her destiny [will] be a great one.” Now widowed, she returns to the main Greenland settlement.

As a 17-year-old widow, Gudrid could’ve chosen where to live and whom, if anyone, she would wed next. Both sagas report that she decides to marry the Icelandic merchant Thorfinn Karlsefni, whose nickname means “the makings of a man.”

Gudrid sails to the New World with Thorfinn. There, they have a son, Snorri, and after three years, sail back home. Though one saga has the young family taking a detour to Norway, both accounts ultimately find Gudrid back in Iceland at a farm called Glaumbaer.

It’s only in Greenlanders that we hear what happens to Gudrid next. Now a much older woman, somewhere in her 40s or 50s, she embarks on a pilgrimage to Rome, making the journey almost entirely on foot before returning to her farm to live out her days as a “nun and recluse.” (Scholars aren’t entirely sure what being a Viking nun looked like in the early 11th century, as Brown points out in her biography of Gudrid.)

The Gudrid presented in both sagas is dignified and sensible. In Eirik, she’s the “fairest of women” and has a lovely singing voice. In Greenlanders, she’s described as knowing “well how to carry herself among strangers”—a reference to a later scene in which she speaks to an Indigenous North American woman.

Can the Sagas Be Trusted?

Can contemporary observers trust the sagas? These accounts, after all, include ghosts, dragons, witches and all sorts of clearly fictional events. But historians also know that the sagas contain the names of real people, including Viking kings and queens. They tell of real battles, real settlements and real cities. As scholar Lars Lonnroth writes, “[The sagas] all claim to present some kind of truth,” though that truth has to be parsed out from the tales of trolls.In The Far Traveler, Brown points out that “asking not ‘Are the sagas true?’ but ‘Are they plausible?’” is a far better barometer for testing the stories’ veracity.

Both Greenlanders and Eirik the Red were passed down orally for more than 200 years until finally being written out sometime in the 13th century. Audiences familiar with saga characters like Gudrid would’ve called storytellers out if they took too many liberties. Imagine it as a form of communal fact-checking.

“It’s kind of like us telling stories about George Washington,” Brown says. “There’s only so much you can make up. Yes, he did have wooden teeth. Did he cut down the cherry tree? Well, ok, we’ll give you that cause we all heard it when we were kids. Did he cross the Delaware River? Yes, probably. There was a shared common knowledge of [the saga characters], and you can only create so much within that frame.”

While some of the Gudrid story handed down in the sagas might be apocryphal—like her husband’s ghost coming back for a chat—Brown and other scholars argue that portions of the narrative are based on actual events.

Archaeology can often verify saga events. “When archaeologists pay attention to the sagas and actually go looking for stuff where the sagas say they should look,” Brown says, “they have often found [what they’re looking for].”

In Gudrid’s case, archaeologists have excavated the Glaumbaer turf house described in the sagas as her final home in Iceland. The structure is unlike any other Viking age turf home in Iceland, most resembling one built hundreds of miles away in a North American Viking settlement—the very settlement Gudrid and her husband supposedly built on the tip of a Newfoundland peninsula.

Proof of a Viking Woman in North America

The only known Viking settlement in North America, L’Anse aux Meadows is located in the northernmost part of Newfoundland. A windy spot, the settlement was likely meant to act as a staging area for exploration farther south. Carbon dating has placed its creation around 1000 A.D., give or take 20 years, which lines up with when Leif Erikson, and later Gudrid, would have visited the New World.

Archaeologists uncovered three turf dwellings, a forge and four workshops at L’Anse aux Meadows. Nails and wood shavings found scattered on the floor of the workshops indicate that Viking settlers repaired boats there hundreds of years ago. And, while surveying these same structures in 1975, archaeologist Birgitta Wallace‘s team found proof that at least one Viking woman lived in Newfoundland nearly a thousand years ago.

To the untrained eye, the object might have looked like an oddly shaped rock with a hole in it. But Wallace recognized the stone as an authentic Viking-era spindle whorl, a small stone that was fixed to the end of a rod used to spin thread.

Spinning, by every indication, was women’s work in the Viking world. And though some archaeologists are wary of connecting the spindle whorl to Gudrid, Wallace, as quoted in The Far Traveler, says, “I have no problem with Gudrid being here. She was!”

If Gudrid did live in the settlement, she likely wasn’t alone. Other women must have voyaged with her and Thorfinn to Vinland. One small rock with a hole in it tells researchers all that, indicating that women and men lived and worked together at L’Anse aux Meadows more than a millennia ago.

Today, just five known manuscripts of The Saga of Eirik the Red and one known manuscript of The Saga of the Greenlanders survive. The earliest known version of Eirik the Red is found in Hauk’s Book. Penned by Hauk Erlendsson, an advisor to the Norwegian king, the text dates back to between 1306 and 1308, when he was living at an Icelandic monastery. While there, Hauk copied down Eirik’s saga from his grandfather’s version of the story and added in a family tree, tracing his own ancestry back to Gudrid and her son Snorri—a proposed lineage scholars believe to be accurate.

As Brown explains, “Icelanders were very interested in genealogy. … You knew who you were related to and you kept track of your genealogy very carefully. And the fact that Hauk traced his own genealogy back to Snorri proves that these really were real people.”

But is it enough? Are the genealogies, the sagas and a rock with a hole in it enough to prove that Gudrid lived, traveled and died sometime around the year 1000 A.D.? It depends on who you ask. Archaeologists usually dance around the question. They’ll say Gudrid could’ve or even likely existed, that the spindle whorl could’ve been hers, that the turf house at Glaumbaer matches the location and time that the sagas say Gudrid would’ve likely lived there.

Some, like John Steinberg, the archaeologist who excavated the turf house at Glaumbaer, agree that the structure fits the story but are reluctant to view it as proof of Gudrid’s existence. Others, like Brown and Wallace, are quicker to take up Gudrid’s mantle. Writing for History Extra, Viking scholar Eleanor Rosamund Barraclough calls her “the real hero of the Vinland sagas,” arguing that The Saga of Erik the Red “would be more aptly named Gudrid’s Saga.”

The two sagas that mention Gudrid undoubtedly contain fables, half-truths and fictions. Eirik the Red and Greelanders, after all, contain numerous contradictions regarding the far traveler’s life. But the answer to Brown’s question of whether Gudrid’s story is plausible is a resounding yes. When considering all the evidence, it’s certainly plausible that a Viking woman named Gudrid existed, traveled to the New World and was remarkable enough to warrant being immortalized in the sagas.

“[Gudrid] was not asked to go on this voyage,” says Brown. “She was not dragged along. This was her choice. She could have very easily stayed home in Greenland. She wanted to go.”

She wanted the adventure—to be among the first group of Europeans to sail to this New World. And so, around the year 1000, she sailed off the edge of the map.

Back To Where It All Began – Photo of the Day»
– 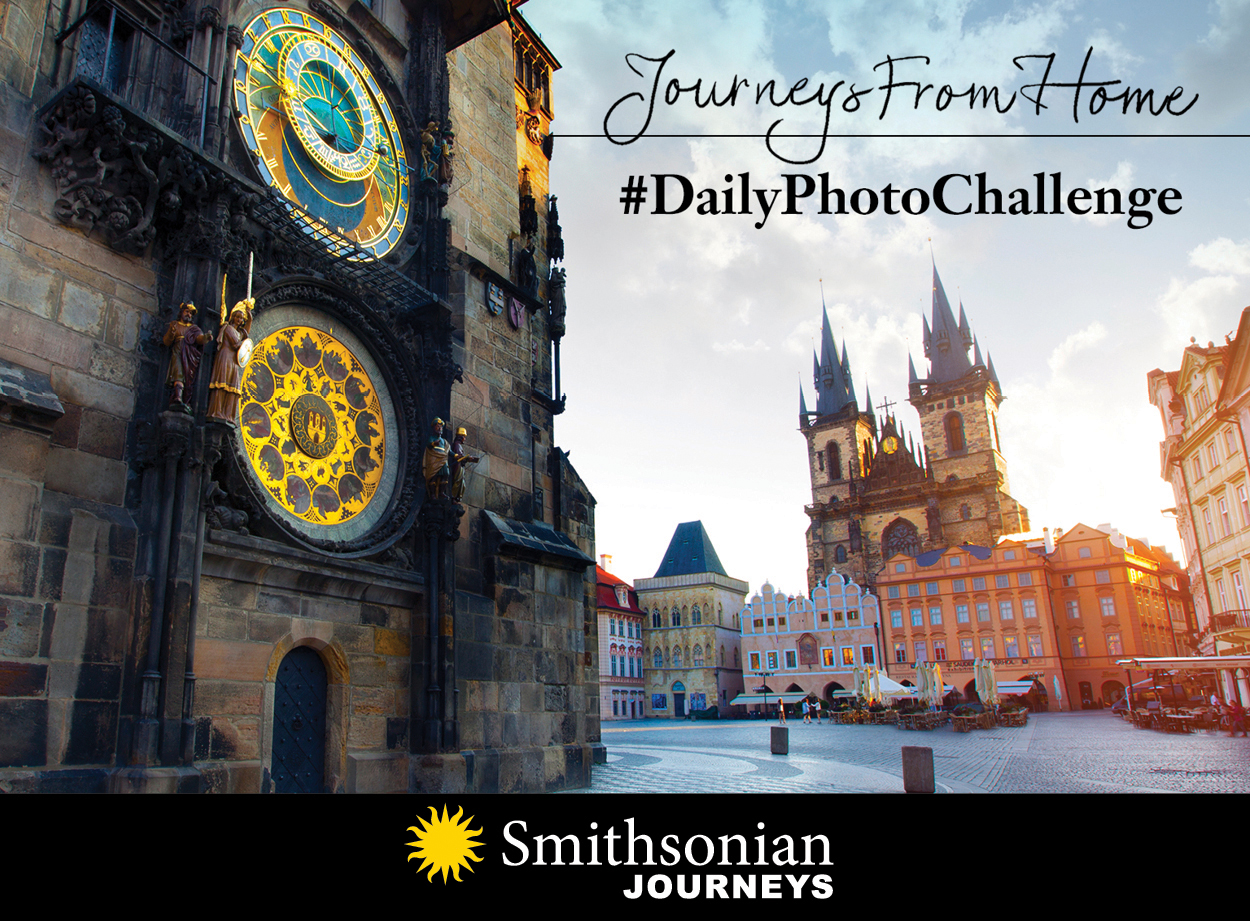 –
–
(For the source of this, and many other equally intriguing and important articles, please visit:
https://www.smithsonianmag.com/history/did-viking-woman-named-gudrid-really-travel-north-america-1000-years-ago-180977126/)