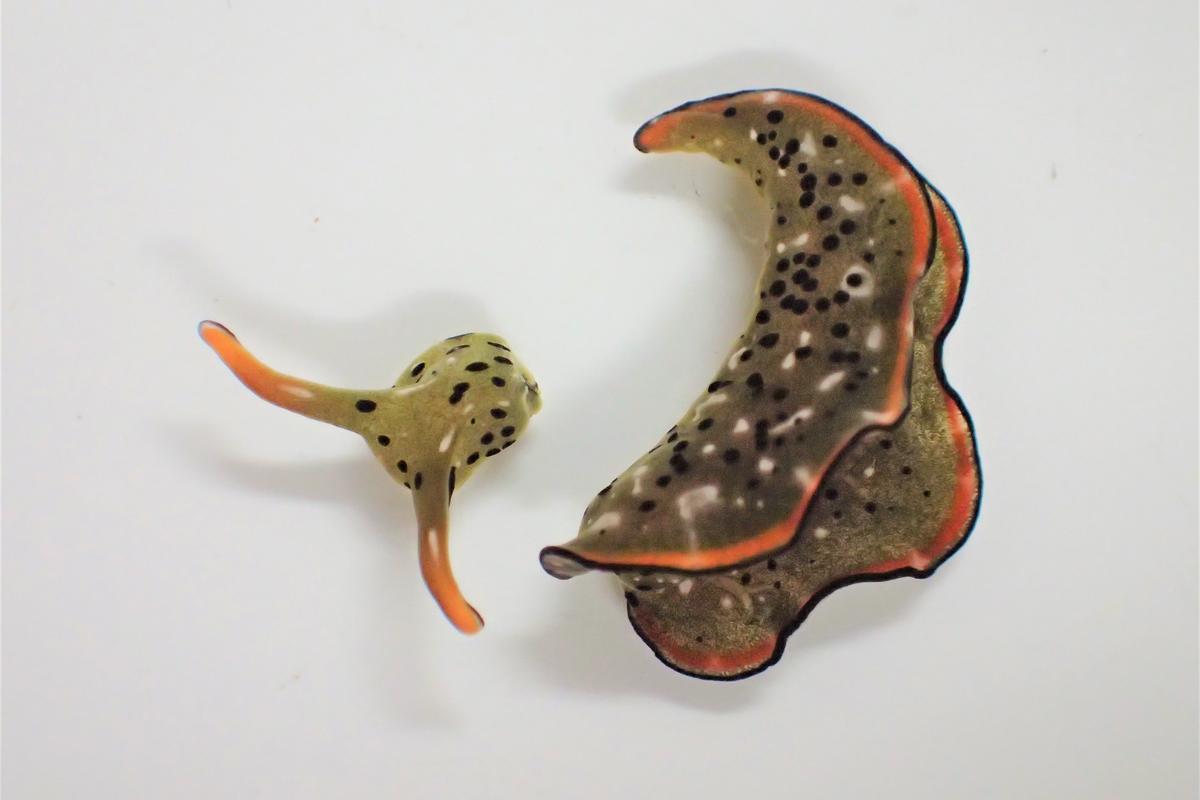 The head and body of a sacoglossan sea slug, one day after they separated. We hear it was an amicable split.  Sayaka Mitoh  View 2 Images

It’s not hard to see the value in the ability to quickly drop your tail to evade a predator, or just ditch an injured limb and grow a new one. Worms, newts, lizards, and axolotls have already figured this out, and even animals as large as alligators have recently been found to have regenerative superpowers.

But it seems they have nothing on the humble sea slug. In a new study, researchers from Nara Women’s University in Japan discovered that two species of sacoglossan sea slug can casually drop their heads and then regenerate their entire body from it – complete with a new heart and other vital organs.

The incredible discovery caught the researchers by surprise. They were raising the slugs in the lab to study their biology, when they one day spotted the strange sight of a disembodied head crawling around on its own. It seemed to be the result of autotomy – the process of dropping a body part on command – although normally the discarded bit withers and dies.

“We were surprised to see the head moving just after autotomy,” says Sayaka Mitoh, lead author of the study. “We thought that it would die soon without a heart and other important organs, but we were surprised again to find that it regenerated the whole body.”

The team turned their focus to studying this bizarre behavior. They found that both the head and body moved around independently after being separated, and within a few days the wound at the back of the head closed up, as the head continued to feed on algae. Within a week, the head regenerated a new heart, and it took about three weeks for the slugs to grow their whole new body.

The headless bodies didn’t grow a new head, but they did still move around and respond to touch for up to a few months. Age appeared to be a factor in how well the process worked – younger slugs could lose their heads just fine, but when older animals tried, the head didn’t feed and died in 10 days or so.

There are still plenty of unanswered questions surrounding the discovery. The researchers aren’t sure how the slugs pull it off (literally and figuratively), but they suspect they are packing stem cells or something similar in their necks.

They’re also unsure how the heads can survive so long, but they have a fascinating hypothesis. It’s tied to another unique ability the slugs have – they can actually fuel themselves through photosynthesis like plants, by incorporating chloroplasts from the algae they eat. This, the team says, could keep the head alive long enough to grow a new body.

There’s also the important question of why they do this in the first place, and what cues might trigger the process. The researchers plan to investigate these areas in continued study of the slugs.

Michael Irving
Michael has always been fascinated by space, technology, dinosaurs, and the weirder mysteries of the universe. With a Bachelor of Arts in Professional Writing and several years experience under his belt, he joined New Atlas as a staff writer in 2016.
2 comments
Sign in to post a comment.
Please keep comments to less than 150 words. No abusive material or spam will be published.
Nobody 2021 Mar 09 – 07:43 PM
What is the point of the body not regrowing a head unless this is a survival escape mechanism?
Kevin Ritchey 2021 Mar 10 – 08:02 AM
Would have been useful for French Royalty decapitations back in the day.
–